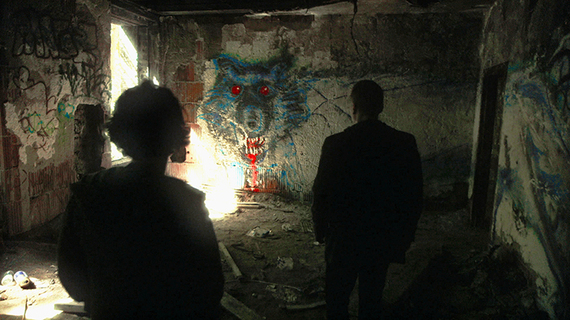 Joshua Zeman and Rachel Mills on the trail of legends in Killer Legends.

Used by Permission of Joshua Zeman.

Good news for folklore enthusiasts and legend trippers: Killer Legends, a smart, scary documentary I discussed when it was first aired back in February, is now available on DVD and iTunes. I was one of several folklore experts interviewed for the film, which explores four legends in the light of true crime cases that might have inspired them: the Hookman, who has haunted Lovers' Lanes since the 1950s; the Man Upstairs, who makes threatening phone calls to an innocent babysitter; the Candyman, who poisons kids' Halloween candy; and Killer Clowns, who roamed 1980s and 1990s cities in white vans looking for kids to kidnap. It follows producers Joshua Zeman and Rachel Mills as they roam the country investigating the scary crimes.

By flashlight. Late at night. 'Cause that's how they roll.

1) if they were, they wouldn't be folklore;

2) they're clearly based on even older stories

Colavito's post is admirably detailed, but suffers from a form of overreach typical of 19th-century folklore scholarship: stories with any plot point or character name in common are "tied together with a bow," to use Colavito's words, but significant connections fail to emerge. For example, he suggests that the Hookman is somehow connected to killer clowns, because he distantly resembles characters in several 19th-century poems, one of whom has a name etymologically related to "harlequin." The connection frankly seems forced, and he doesn't explain its supposed significance. I don't want to suggest that Colavito is entirely wrong; his analysis complements the film with more possible interpretations, and readers can decide for themselves which parallels are farfetched. But he doesn't provide any convincing reason that the legends can't be inspired by true crimes. 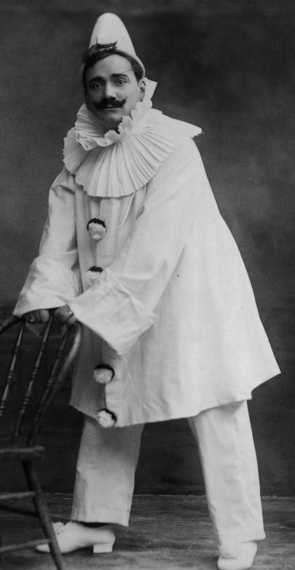 Left: Enrico Caruso in Pagliacci, 1907. This Library of Congress photo was published in 1908 and is therefore in the Public Domain.

Colavito points to the opera Pagliacci and suggests it's part of a long tradition of killer clown tales behind our modern legend. This tradition does not closely resemble the modern killer clown idea; it's not about a sinister serial killer but a relatively sympathetic character, a professional actor or clown who kills his unfaithful wife in a fit of jealousy. Nevertheless, Colavito has a point that there was such a tradition. The author of Pagliacci was threatened with a lawsuit because his opera resembled a previous killer clown story. Moreover, the threat was withdrawn because the killer clown idea was so common he could have gotten it anywhere.

So far so good, but there's an interesting twist: Pagliacci was not inspired primarily by older clown stories, but by -- you guessed it -- a true crime story. This was revealed in 1894 by Pagliacci's author Ruggero Leoncavallo, whose father was the Italian magistrate who had tried the real-life case:

In my childhood, while my father was judge at Montalto in Calabria (the scene of the opera's plot), a jealous player killed his wife after the performance. This event made a deep and lasting impression on my childish mind, the more since my father was the judge at the criminal's trial, and later when I took up dramatic work I used this episode for a drama. I left the frame of the piece as I saw it... I have not even invented the coming of the peasants from Santo Benedetto, a neighboring village, during the chorale.

Most scholars believe Leoncavallo was influenced both by this memory and by earlier operas, but if they neglected true crimes from the recent past and looked only at "deep origins," they'd miss this crucial element. So too with folklore. In fact, Colavito's biggest mistake is saying that stories inspired by recent events "wouldn't be folklore;" folklore arises from and comments on current events, and such relatively recent events as 9/11 and Hurricane Katrina have given rise to many legends. 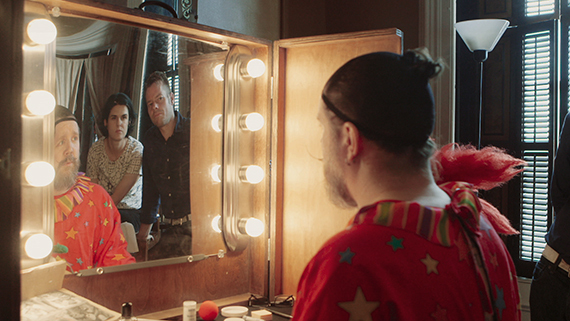 Whenever true events encapsulate and express widespread social anxieties, legends can arise inspired by those events. An example is the "mouse in the Coke bottle" story, which, as folklorist Gary Alan Fine showed, probably occurred thousands of times to unwitting soft-drink fans from 1914 to 1976. These real events paralleled common anxieties--specifically fear of food contamination and unease with industrialization of the food supply. These same anxieties have led to other similar urban legends, some without truth (hamburgers made of earthworms), and some with a kernel of truth from a real occurrence (horse meat labeled as beef in supermarkets).

Legends certainly take inspiration from true crime stories, too. I witnessed this myself, in one of my earliest field trips as a folklore scholar, when I returned to my undergraduate college to see if any stories remained about events there in my student years. One memorable event from my freshman year involved a colorful crime: a classmate stole university chemicals, including uranium and purified caffeine, and was expelled for it. When I returned to the campus years later, I found a legend in which, after getting caught, the culprit grabbed some of the stolen caffeine, jumped on his bicycle, and rode all the way from New York to Montreal (normally at least a six-day trip), stopping only to eat enormous meals. I even found a variant of the legend in which, courtesy of the caffeine, he RAN all the way to Montreal without sleeping!

Notice that as true stories become part of oral tradition, they absorb fictional elements. The stories I collected included true information about the student's crime, and also fanciful details that made them better stories. Often, such added elements are folk motifs. The traditional ballad "Omie Wise" ostensibly recounts the real 1807 murder of Naomi Wise by Jonathan Lewis, but since no one was there to hear what the victim or the killer said, these details were supplied by the long tradition of murder ballads. Stagger Lee stars in ballads where he murders Billy Lyons (a real crime that occurred in 1895), then goes to Hell and defeats the Devil! Such a blend of fact and conventional folklore pertains to other crime-story ballads as well, including those of Jesse James, Gregorio Cortez, and Frankie & Albert. In this way, the same story can have both "deep origins" and an underlying true crime story. Although it's not the first priority of folklorists, discovering whether there is such an underlying true event is worthwhile, and Zeman and Mills put more elbow grease into this angle than most scholars do.

"Omie Wise," as performed by the band Crumbling Ghost. The ballad's story is a legend that blends a true crime story with older folklore.

Finally, I should point out that deeper analyses of these legends, both historical and psychological, are included in the film. The filmmakers don't miss that Joker and Pierrot lie behind killer clown legends. Instead, they interview an expert on historical tricksters and another on clowns, and raise the question of whether these earlier killer clowns influenced either the legend itself, or John Wayne Gacy, the real-life killer they suspect contributed to modern legends. For other segments, they interview other scholars, including me, folklorist Bill Ellis, and sociologist Joel Best.

If you're interested in urban legends, by all means read Colavito's blog. But you also shouldn't miss Killer Legends. The DVD version features deleted scenes, including one in which I'm on the phone, suggesting angles to explore in the film, while the filmmakers drive around looking for locations; for me, it's a fun memory, while for the viewer it's an unexpected and informative look at the extensive preparation they did for each segment.

To whet your appetite, here's the trailer on the babysitter legend, which features a brief interview with yours truly!