By now we have all heard about the magnificent landing of Philae on Comet 67P/Churyumov-Gerasimenko, but this is not the only good news story we should be mindful of. There are many more of these little gems sprinkled over the last few years that you may never have heard of.

The lowly electron is the workhorse of our civilization. In 2014, German scientists made the most precise measurement of its mass, which now stands at 0.000548579909067 AMU. This is 13 times more precise than previous measurements. Why is this important? Because in the quantum world, new physics is often revealed by comparing predictions to real measurements at the farthest decimal places. Who knows where the new mass measurement will carry us!

Then we have the news that Einstein's general theory of relativity just keeps on working! Experiments in Germany used the regular light frequency of a transition in cesium atoms to test the amazing concept of "time dilation" by accelerating these atoms to one third the speed of light. Once again, but at much higher precision, they found that the vibrations of the moving atoms run slower than the stationary atoms. It really is true that orbiting astronauts gained about 0.007 seconds in lifespan!

Now that the movie Interstellar is making the rounds, how about the mind-destroying idea of warped space? The neutron star-pulsar called PSR J0348+0432 is twice as massive as our Sun and orbits a dense white dwarf star. A team of astronomers combined observations of the white dwarf with the very precise timing of the pulsar from radio telescopes. From this they were able to measure a change in the orbital period of the pulsar of 8 millionths of a second per year. This is exactly what Einstein's general theory of relativity ("GR") predicted. 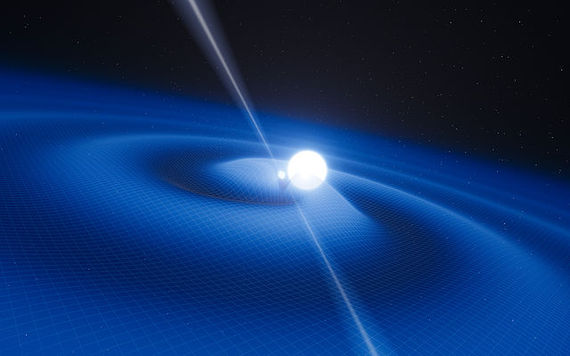 After this we have another amazing test of GR that is absolutely dumbfounding! Thanks to the quantum properties of matter, matter also has wave-like properties, not just light. These matter-waves are minute but can be measured using a technology called a matter interferometer! When physicists used cesium atoms and measured their matter waves, they found that the cesium atoms that free-fell for 0.3 seconds under the Earth gravity in their laboratory vibrated a million cycles less often than the cesium atoms that remained at rest in the laboratory. The speed was so small that special relativity "time dilation" was not at work, but it was the actual gravitational warping of space in their laboratory that was doing the trick, exactly as predicted by general relativity... but that doesn't mean wormholes are physically real!

The first detection of planets forming in the gaps of a rotating disk of gas and dust surrounding the young star HL Tauri has made the headlines more than once. This star, 450 light-years away, is only 1 million years old, but the handful of gaps in the disk are exactly what astronomers have predicted from supercomputer modeling for the last decade as the places where young planets are forming. 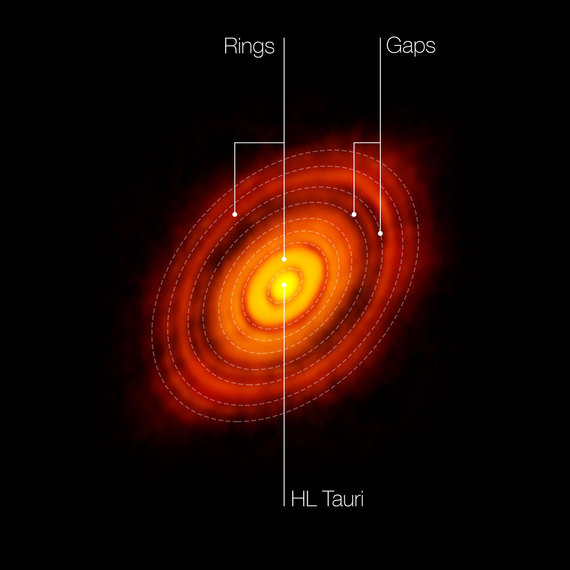 Another good thing that is happening is that the average global sea level keeps rising steadily every year. I say this is a good thing because humans only change their behaviors in the face of catastrophies, and by 2100 we will have a large bag full of these for our grandchildren to deal with, but thankfully we, today, can still live in our little delusion that it won't be as bad a future as those dumb scientists claim.

The maximum energies of our "atom smashers" has increased by a factor of 1,000 since 1970. Today the CERN Large Hadron Collider smashed protons together with 1,000 times the energy that the CEDRN ISR did in 1970. The new plasma wake-field accelerators may let us take a veritable quantum jump in energy in the next decades. What new discoveries are soon to follow as we explore the Great Energy Desert!

On the medical side of life, the tuberculosis rate is nosediving all around the world. It is declining by 1.5 percent per year since 2000, and the mortality rate has fallen by 45 percent since 1990.

The number of sequenced genomes continues to climb. In 1995 there were only two or three organisms that had been sequenced completely. Now by 2012 there are over 5,000 across all the major life kingdoms.

The number of known genetic diseases has also climbed steadily. In 1981 only one was known, sickle cell anemia, but today over 170 diseases have been tracked to specific malfunctioning genes.

Oh, by the way, our "24-hour" day is continuing to get longer every year thanks to the gravitational efforts of the Moon tugging on the Earth. It is increasing by about 0.002 seconds every day so that after a year or two, the day is cumulatively a second longer, and we have to add a "leap second" to our civil timekeeping. Over a millennium, this slowdown adds up to over 12 minutes. That's why when astronomers try to match up the exact times of solar eclipses thousands of years ago, that have to allow for Earth's slowdown! This also means that in a 80-year human lifespan you will get about one extra minute to read your email with!

Good news for environmental trends. In the Amazon basin, the rapacious deforestation rate of the last century is now slowing down. From a high of 25,000 square kilometers in 2004, it is now down to about 8,000 square kilometers. Looks like eco-tourism is winning as a new cash crop!

Also, thanks to the efforts of environmentalists, the Atlantic green sea turtle's population is making a strong comeback. The number of nests in Florida beaches has risen from about 1,000 in 1990 to 10,000 in 2012!

As people are apparently walking more, and drinking less soda, the per capita vehicle miles traveled continues to decrease. In 2005, the average annual miles per driver was about 15,000, but now it has dropped to about 13,500 miles per year. As a reference point, in 2007, Americans drove about 3 trillion miles! To an astronomer, that's about half a light-year! 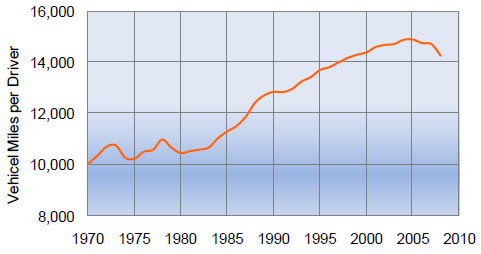 The intellectual stranglehold that religious orthodoxy and evangelism have had on thinking is beginning to wane at last. The number of Americans who do not identify with any religion continues to grow in the 21st century. By 2012, one fifth of the U.S. public -- and a third of adults under 30 -- are religiously unaffiliated. This is the highest percentage ever recorded by the Pew Research Center since they started asking about this circa 2007. This seems to be having two important consequences. Americans' belief in the theory of evolution is now starting to climb out of the Dark Ages. A 2013 Harris Poll finds that belief in Darwin's theory of evolution is now at 47 percent, compared with the 42 percent recorded in 2005. At the same time, and probably for the same reasons, the percentage of global-warming deniers in the U.S. is measurably declining. According to a new Yale study in October 2012, 70 percent of Americans said they believed in global warming, compared with 57 percent in January 2010. During the same time, global-warming deniers fell from 20 percent to only 12 percent. And -- oh, yes -- the Creation Museum may be going bankrupt, as attendance has dramatically fallen!

Although Americans are among the most religiously conservative in the Western world, the impact of religious conservatism in the Islamic world for the last 1,000 years has taken a huge toll on the status of women and scientific advancement, but in the 21st century these beliefs are beginning to moderate. The literacy rate among young women in some key Islamic countries such as Oman, Iran, Egypt and Morocco is steadily on the rise, from 10 to 40 percent in the 1970s to 60 to 90 percent by 2000.

The number of scientific papers published in the Muslim world is only 1 percent of worldwide research, but since 1988 this rate has steadily climbed, with Turkey, Egypt and Iran leading the group at over 2,000 papers per year. Just over 1,000 years ago, scientific research was largely forbidden in Islamic countries, ending the Arabic golden age of science. It is wonderful to see one third of humanity finally struggling to recover its other major heritage and gift to civilization!