Global catastrophes sometimes strike. In 1918 the Spanish Flu killed as many as one in twenty people. There have been even more devastating pandemics - the Black Death and the 6th century Plague of Justinian may have each killed nearer to one in every six people on this earth. More recently, the Cuban Missile Crisis brought us to the brink of nuclear war - President John F. Kennedy thought the chances were, "Between one in three and even".

These represent global catastrophic risks - events that might kill a tenth of the world's population. According to a new report published today, these risks remain and may even be growing. Released by the Global Challenges Foundation and Global Priorities Project in association with the University of Oxford, the report recommends routes of action for the world's governments. The international community needs to work together and do more to address these threats.

The Cuban Missile Crisis may never have escalated into all out conflict, but nuclear war remains one of the most significant threats in the near future. We believe that the international community should continue a policy of nuclear non-proliferation. But on top of this, nuclear states should continue to reduce stockpiles - as they have already done from over 60,000 to less than 10,000 today. If each country holds fewer weapons, the maximum impact of damage from a nuclear exchange is reduced. 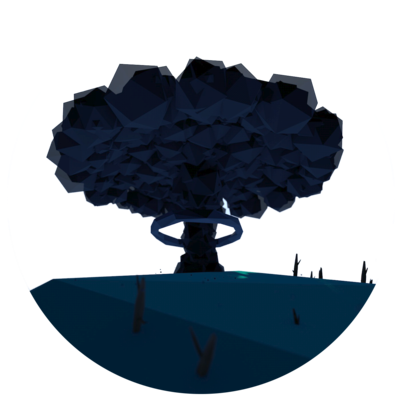 These may seem like distant hypothetical scenarios, but these events are just as likely as others that society regularly plans for. We might take out life insurance in case we die in a car accident -- but if the UK government's Stern Review is right to use a 0.1% annual extinction risk, we are five times more likely to die in such an event than to die in a car crash.

Take pandemics, which wiped out millions in previous centuries. Diseases have so far been of natural origin, but we now have the prospect of man-made pandemics. We recommend that the World Health Organisation, nation states, and other bodies should increase their planning for especially bad global pandemics, which might kill very large numbers of people.

Other threats are growing in importance. Catastrophic climate change, of more than approximately six degrees, is a significant concern in a longer time-frame -- particularly if climate models prove wrong, or if the world can't limit its emissions as much as we hope. At present, this is unacceptably likely -- our report argues that nations need to do more to combat climate change. They should implement and improve mechanisms for emissions abatement, and developed nations could commit to banning new coal fired power stations without carbon capture and sequestration.

More technologically driven concerns make up the next category of threats, such as the emerging risks from geoengineering, synthetic biology, or the development of artificial intelligence. Here, the unprecedented nature of the risks makes addressing them especially hard. Policymakers should work with researchers closely to understand the issues that may arise from these developing technologies, and lay the groundwork for planned adaptive risk regulation.

'Exogenous risks' -- those independent of humans, such as a volcanic eruption, or asteroids or comets hitting earth -- are lower risk but deserve some attention. For all of them research communities should focus greater attention on strategies for resilience to and recovery from global catastrophe, for example by developing alternative food sources.

It's easy to ignore risks like these because they seem so far away. But the potential impact of any event like this is enormous. Events in the past have killed more than a tenth of humanity, and could again. The consequences for our children and grandchildren could also be enormous.

These steps and the others outlined in the report give us ways to reduce risk. There's no need to panic or build a bunker. But we do need to take action at an individual, national, and global level. Most of the available steps require deeper international coordination -- the threats outlined in this report don't respect national boundaries or immigration checkpoints.

Doing nothing is not an option. Some of these threats seem unlikely, and they probably will not hit us tomorrow or the day after. But it only takes one to change the world we live in forever.

Director of the Global Priorities Project