Last week I talked about some amazing ways artists are repurposing books. Some of you were upset that anyone would cut into or alter a book, even to transform it into a unique work of art. The sad news is that libraries and bookstores are throwing out, burning and otherwise disposing of books by the dumpster load. (You can read about it here and here.)

The good news is that the future of books, having lost their monopoly as conveyors of information, lies in aesthetics. There will always be a market for interesting, beautiful books -- and artists are, of course, leading the way. Zero+ Publishing, an art book publisher located in Claremont, CA and founded by artist Kirk Pedersen, is collaborating with artists, making limited edition books that push the definition of what a book is or can be. 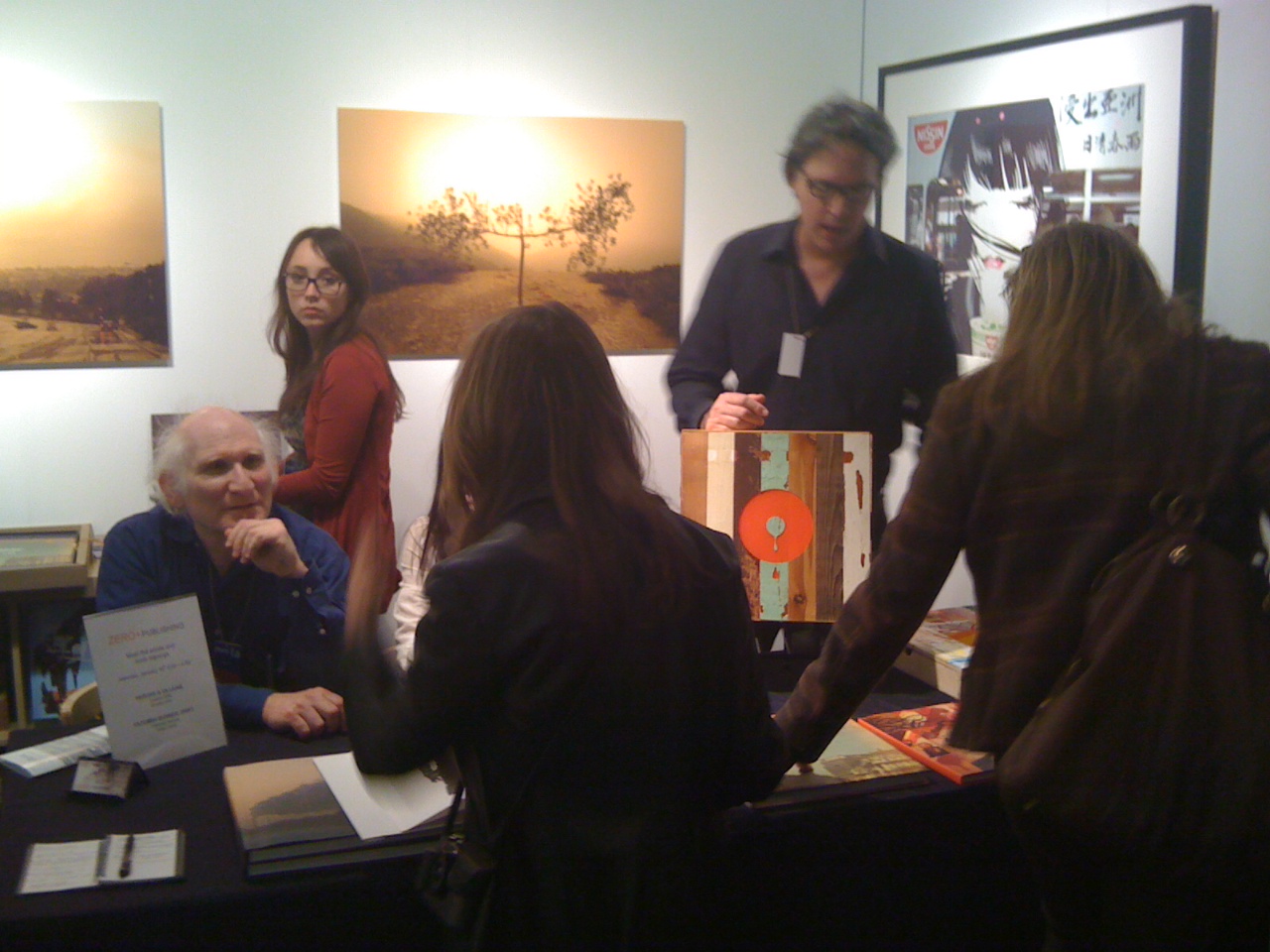 I caught up with Kirk Pedersen at his booth at Photo LA last weekend. Besides running a publishing company, Kirk is also an artist and Professor of Fine Arts at Mt. San Antonio College in Walnut, CA. I asked Kirk how he went from being a painter and teacher to starting his own publishing company.

KP: In 2004, I went to Bangkok, southern Thailand and Cambodia, primarily for a vacation. I didn't go there as an artist or as a photographer. I went back to Bangkok in 2005, and on one particular day I had an epiphany and knew that I would create a photo book and it would be called Urban Asia and it would be in two volumes -- that was all very clear to me. It wasn't until I started working on the second volume in 2009 that I decided to publish other artists' work. So the intention with my first book had nothing to do with the idea of publishing for other artists.

JC: How many titles does Zero+ have now?

KP: Close to 15, each in a limited edition of 1,000. With all of the titles we have some sort of packaged smaller edition option, such as a clamshell box, or a deluxe box, that is signed and numbered by the artist.

JC: How do you select the artists whose work you publish?

In most cases the choice of subjects is curated by my vision of this company, but there are other ways, like in the case of street artist Above who a friend introduced me to in Portland. I wasn't familiar with his work, so I googled him, liked his work, and decided I would like to work with him. We sat down to talk and he said he really liked everything we talked about in terms of design and ideas, but he had two publishers in New York who were already interested in working with him. He subsequently met with both, then called and said he wanted to work with me. The difference was that I told him we would print 1,000 copies total, using the best paper we could get and that he would have a lot of control over what the end product would be. Most publishers give the artist no control.

That's one of the things I love about publishing. You're working collaboratively with artists and there is a flow of creativity. It's a great process. As an artist you're often working in your studio in isolation, but as a publisher you're constantly in communication with other artists. I like that very much. JC: You've created quite a buzz at Photo LA with your deluxe boxed editions, especially Blaine Fontana's Amalgamate. I've watched you put on your white gloves and reveal the contents to many fascinated fair-goers. I've even seen a few take out their wallets and purchase the remaining copies of the edition, as well as the artist's proof.

What was the inspiration for making these custom box sets?

KP: I'm a book collector and I've purchased a lot of books that come in special packaging -- books that have prints or some element of surprise to them. So I wanted to up that idea even more by having these be unique handmade boxes, something that very few people in the publishing world have done. I'm a collector and ultimately I wanted make deluxe editions that I would want to own.

JC: What other deluxe editions do you have coming up?

KP: I have a book coming up with LA street artist Cryptik -- he works with a lot of eastern images, Buddha, Gandhi, etc. Inside the box will be incense, an incense burner and candles that are custom carved by the artist. Each box will have the artist's script on it. All of the contents will be customized by the artist. I don't know everything that will be in it yet, but because of the overwhelmingly positive response of the fair, I have a lot of new ideas that I don't want to talk about at this time.

JC: So you're being cryptic about Cryptik! I guess we'll just have to wait.

Thanks for taking the time to talk about Zero+. We'll be eagerly anticipating your future projects.