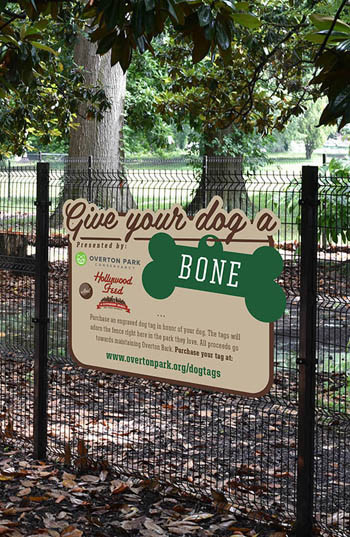 Canine lovers everywhere are bow-wowing over new data from The Trust for Public Land (TPL): dog parks have grown 4 percent since 2015 and a whopping 89 percent since 2007. The cities with the most dog parks per resident are Henderson, Nevada; Portland, Oregon; Norfolk, Virginia; Las Vegas, Nevada; and Madison, Wisconsin. TPL released these findings and other numbers in their 2016 City Parks Facts report.

Peter Harnik, Hon. ASLA, director of the center for city park excellence at TPL, said: "Americans love dogs, and parks increasingly reflect that people want places for them to get outside and take their dogs with them." Furthermore, "nearly every big city now has at least one dedicated dog park, often with a name that reflects the creativity and exuberance of the movement. Fort Worth pups play at Fort Woof, Memphis pets frolic at Overton Bark, Dallas dogs run at My Best Friend's Park, and Atlanta pooches scamper at Freedom Barkway."

All of those Fifis and Rexes have owners who are doing good work for parks overall. Abby Martin, associate director of the center, said "dog owners have been some of the most vocal advocates for parks. They've hit the streets to make the case for park funding ballot measures, especially when new dog parks are included in the funding plan."

Off-leash dog-friendly areas can certainly enliven a park. "People walk their dogs from before dawn to late at night, and all that foot (and paw) traffic goes a long way to making other visitors feel safe."

What does this mean for landscape architects and designers who may be asked to design these spaces? Martin said any well-designed dog park should work for both dogs and their caretakers. "When dogs are playing, their people need a place to sit. The best dog parks have benches and amenities for humans, too." 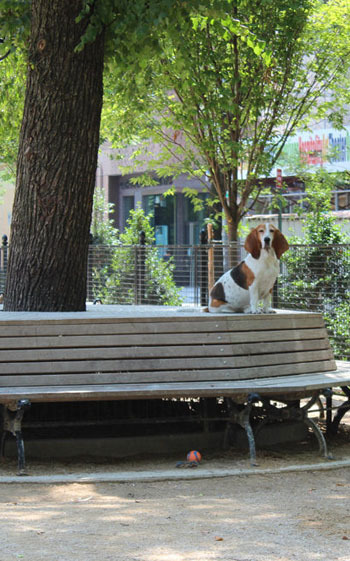 But she added that "successful off-leash areas also require careful planning. Dogs and young children may not mix well, so playgrounds and dog runs should be separated as well." (Also, we would add that dog parks should be designed to sustainably cleanse themselves in order to keep them from smelling like a big doggie bathroom). 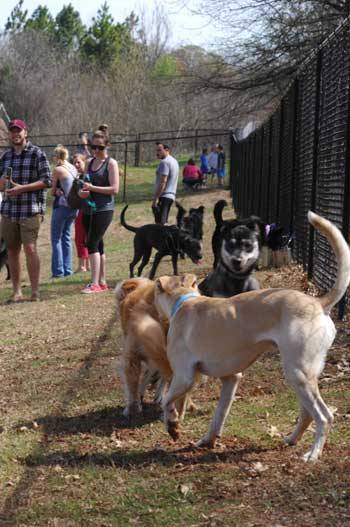 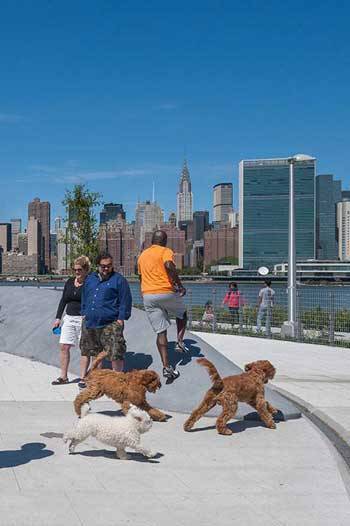 For Brad Weston, president and chief merchant at Petco, this data confirms what his firm has been seeing as well. "With pet ownership on the rise across all demographics, it's no surprise that dog parks, particularly those in urban areas, are on the rise. As pet parents become more in tune with the physical, mental, social and emotional needs of their pets, we expect to see communities embrace even more pet-friendly amenities in the future."

2016 City Parks Facts is a comprehensive update on the state of parks in the nation's 100 largest cities, and includes data on "how city park systems serve their citizens, including acreage, park access, specific recreational facilities, division between designed and natural lands, and much more."

Spending trends are heading in a positive direction, if data on all 100 parks is aggregated. Total spending on parks and recreation in the 100 largest cities reached almost $7 billion in 2015; in the 93 cities that reported data, spending was up nearly 9 percent over the prior year, with operating spending up 3.9 percent to nearly $5 billion and capital spending spending up 23 percent to $1.95 billion. In 2015, the best-funded city park systems were Seattle, San Francisco, Minneapolis, Washington, D.C., and St. Louis, while the lowest-funded departments were in Detroit; Stockton, California; Newark, New Jersey; Pittsburgh, and Glendale, Arizona, some of the poorest cities in the country.

Other interesting numbers: skate parks are up 6 percent in 2015 and 27 percent over the past five years. They are particularly big out West, with the top three skate park-friendly cites being Chula Vista and Sacramento in California and Henderson, in Nevada.