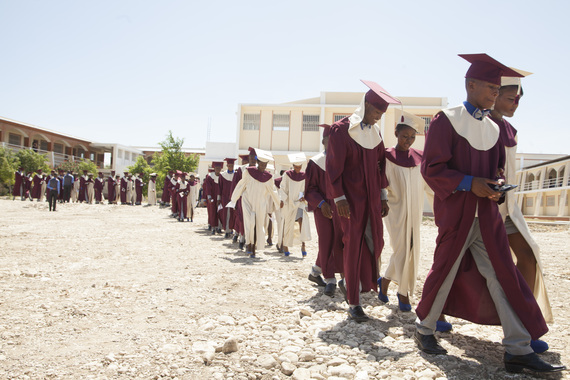 The young girls wore their turquoise blue platform heels, make-up and hair done impeccably, as they walked down the aisle to graduate from high school. The boys wore suits and ties and smiles as each one accepted their diploma. The hundreds of parents under the large tent in the yard of the school cried. The kids cheered afterwards and threw their hats in the air. 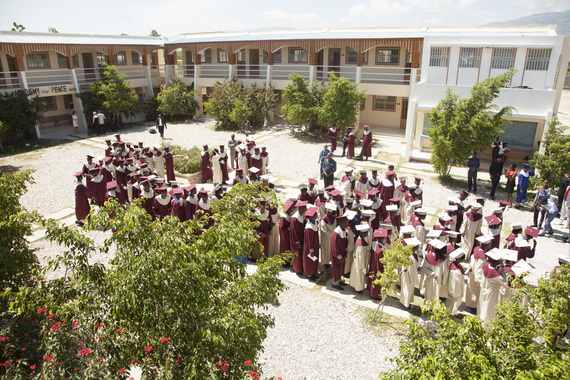 Sounds like your typical high school graduation except for one difference - this took place in Haiti last weekend at the Academy for Peace and Justice in Port au Prince. It was the first graduating class of the largest free secondary school in all of Haiti. 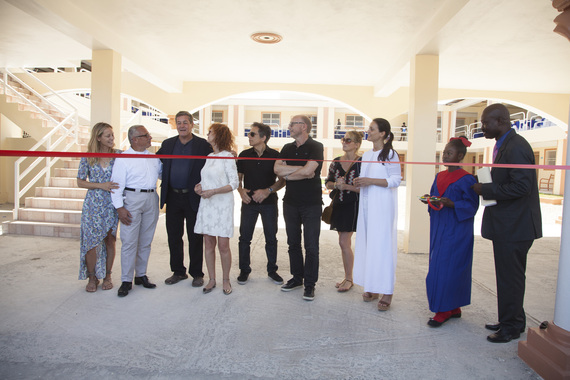 Around 50 of us from the Artists for Peace and Justice (APJ) family, founded by director Paul Haggis, attended the celebration - among them Donna Karan, Jimmy Jean-Louis, Ben Stiller and Christine Taylor, and Susan Sarandon. We had all been there from the beginning, watching a large dirt field turn into a beautiful institution for learning and hope. We cried our eyes out and smiled, inspired to see first-hand what education can do to change lives. 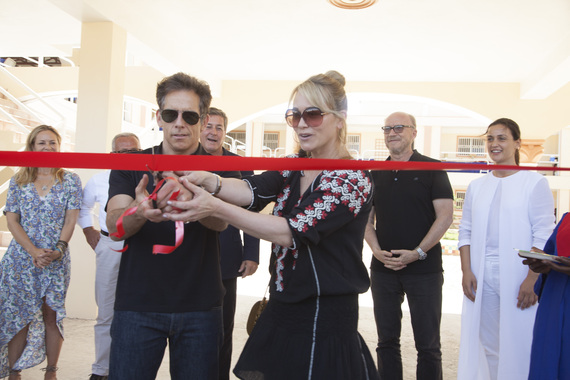 A week after the devastating earthquake in Haiti in 2010 that took more than 300,000 lives and destroyed entire towns, Paul and I and some others made our way to Port au Prince. Upon our return to LA a few days later, Paul, myself and some friends plopped down our dirty backpacks on the floor of his beautiful home in Santa Monica and entered the back yard where 100 or so of the most famous faces in Hollywood sat. In one hour millions of dollars were pledged to build the only free high school in Haiti. 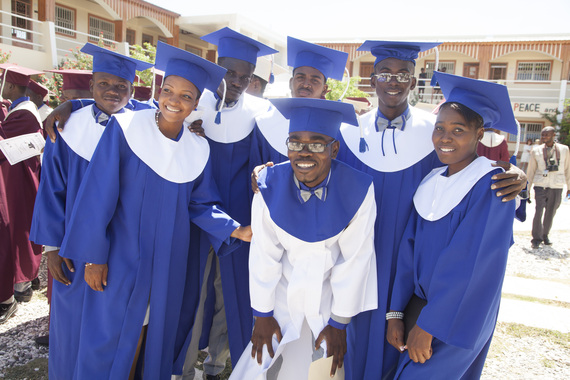 The school was the brainchild of Father Rick Frechette and Paul Haggis, who agreed that the best way to invest in Haiti after the earthquake would be to build a free high school for the very poor - something that had never existed before. Father Rick and his incredible team at the St. Luke Foundation for Haiti, along with APJ's Bryn Mooser, ran the project from rubble to revolution. There are so many needs in Haiti and much to be done but they knew in the long-term, to be sustainable and to build back Haiti better, it would take educating the poorest of the poor. 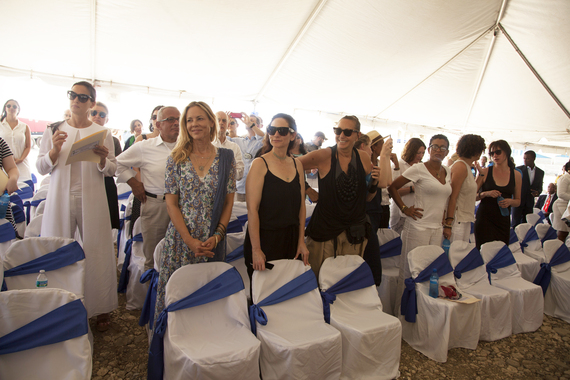 And now here we were, six years later, with 150 kids who live in the poorest area of the western hemisphere, graduating and looking towards the future. Many of those beautiful girls and handsome young men walking down the aisle got dressed in tiny one room tin shacks with no running water. Most were the first ones in their families to ever graduate from High school.

Now with the new wing of the school opening for the arts, which Ben Stiller, Christine Taylor and others built, the school will have 2600 students next year. 2600 young adults who will walk away with degrees and CV's and be able to find jobs. The same young people that have the opportunity to shape the future of the beautiful but challenged nation of Haiti.

I read an article once again last week about a large aid organization that raised a half a billion dollars after the earthquake and the question is still "Where did all of that money go?" I would like to know myself, as I have seen their supposed projects that have never turned into anything. With that sort of money and the spirit and perseverance of Father Rick and his Haitian family, the whole country would have had free education. The Academy for Peace and Justice is a testament to our shared commitment to keeping promises and delivering them. 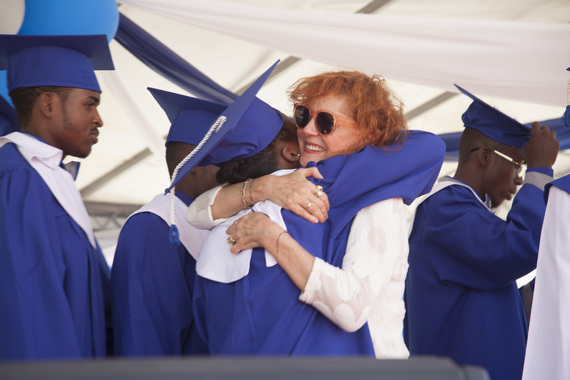 Join us as a member of the APJ family -- not only to help Haiti and to simply hope you will make a difference. The Academy is not about Hope. It is about Action, and Results, doing what seems impossible, one step down the aisle at a time. 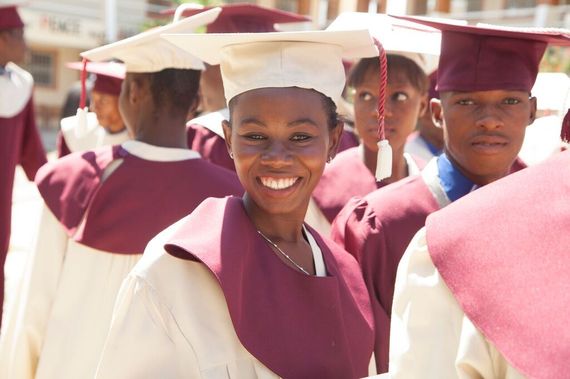