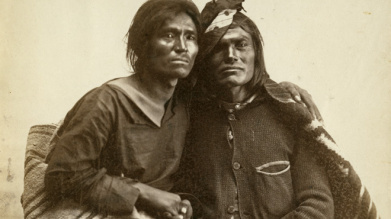 Quick Story: I've told this story many times before. I have a lot of karma to pay, so I'll probably tell it many more times. When we were children, we used to play a game called "smear the queer." It was a game where someone would throw a football in the air and all of us boys (it was primarily boys) would scramble to catch the ball. Whoever caught the ball would then run for his life because they were about to get tackled grotesquely. That person was the "queer"; they were about to get smeared. I tell my son about this to show him that I do/have done stupid things in my life and things that I'm embarrassed about. When I told him a few weeks ago he asked me, "Why did you want to catch the ball?"

From what I understand, it was a very common game. I've told this story across the country and inevitably men tell me that when they were boys they played the same thing.

I also remember when I was in 8th grade a fight happened in the locker room after football practice. Someone called one of the kids a "fag." Everybody in the locker room laughed until the kid got so upset/frustrated/angry that he struck the other kid. The kid who was getting teased split the other kid's nose and both kids got suspended. I wasn't an active participant as I wasn't really "cool" enough to pick on anybody. I was a passive participant laughing and watching. I tell my son that story to tell him that we have an obligation to speak up when someone's getting picked on. I give him this story as an example of when I did not do that.

There's a danger anytime somebody does something singularly horrible and evil. Many times, the person who did that singularly horrible and evil thing suddenly becomes the face of evil. When that happens, it has the effect of lowering our standards down to where pretty much everyone else gets a free pass, or at least the scrutiny is not as tough for others. Thereafter, that face of evil becomes a point of reference and behaviors and actions that otherwise might be seen as outrageous are not nearly as offensive as they might be before the face of evil came around.

A recent example of that phenomenon is Donald Trump -- he's openly utilized his bully pulpit to further racist, xenophobic and Islamophobic positions. And many folks -- myself included -- say "Well we can't have him in office! He will terrorize people of color and women as he already has!" And I largely believe that. He is currently the face of evil in regards to racial discrimination and intolerance so much so that he has become a caricature for even folks who have checkered history in regards to racial relations. For example, because of Trump's open prejudice - even folks like Lindsey Graham, who has been accused of making racist statements in the past - don't even want anything to do with Trump! Because of Trump's open prejudice, we ignore the fact that Hillary Clinton has a very checkered history of harming people of color as well.

Next to Trump, everyone looks good. He's the face of evil. But the truth is, no, we can't just give folks a pass who aren't quite as noxious. We have to hold them accountable too. Lindsey Graham or Hillary Clinton or anybody else doesn't miraculously become good just because Trump is that bad. Maybe if they ask forgiveness and acknowledge their wrongdoings, we forgive them and engage in conversation with them and maybe even vote for them. Maybe.

But we hold them accountable and talk honestly about their transgressions either way.

Similarly, Omar Mateen has become the face of evil in regards to anti-gay violence for viciously massacring 49 people in an Orlando gay club. His actions were so heinous that even people who routinely say hurtful and hateful things about homosexuality have made him a whipping boy and condemned his actions. Good -- he obviously should be held accountable! But that doesn't make those people who say hateful things good -- it just makes what Mateen did worse. His actions do not absolve the "smaller" indignities against the LGBTQ community; we still have to take into account all of the people who create an environment that makes Omar Mateen possible and even likely. We still have to acknowledge the accountability of all the little conversations and indignities that forces some LGBTQ members to hide in a closet of shame and fear.

Like when I was a child and we played a game called "smear the queer." Like when I was a child and I sat quietly by as a kid was insulted. I think about "What if the kid in the locker room was gay? What if any kids in the locker room were gay? Of course they're not going to be comfortable in that situation. Of course they're going to hide the fact that they're gay!" The first step in a revolution is love; the second step is accountability and realizing our role in a problem.

That means that I have to see how I contributed to that. For my part I've apologized and I apologize again. But those experiences made me realize that it's not just the folks who commit these acts of anti-gay violence who have blood on their hands; it's all of us who create an environment that shames gays (or anybody really, but this is specifically about anti-gay violence). I can't say that we all have blood on our hands, but a whole bunch of us do and we need to recognize our role in these things and not merely point at the faces of evil, the worst of the worst.

And...what could I do? I was a little kid. I accept that. Yet, I know that I can start to fix that by teaching my son -- as young as he is -- to accept and tolerate and to love. There is no such thing as "too young" to teach tolerance and respect. We teach them by having honest conversations about Orlando, or Matthew Shepard or about our own past and evolving perspectives. We talk about tolerance, and we talk about intolerance. Honestly. Adults who have intolerant attitudes like Donald Trump or Omar Mateen start as children who are taught intolerance. Conversely, adults who are tolerant, respectful and loving begin as children who are shown and taught tolerance, respect and love.

It's not just about the worst of the worst -- the face of evil. It's also about us, the "regular people" who help create the environments that allow those faces of evil to fester. We have the power to change those environments. 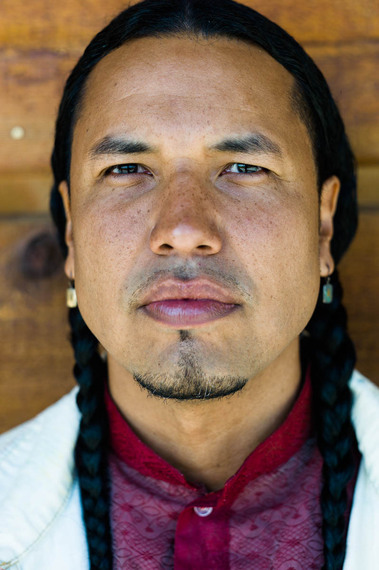