When it comes to sexual consent, yes might not mean yes. Unless it's YES.

That's the gist of a college anti-rape campaign in Canada that's gaining attention.

Students Nova Scotia, a coalition of students from colleges around the province, has released a series of posters urging coeds in the province to use "enthusiastic consent" as the green light for when the moment is right.

The ads feature often-noncommittal words such as "fine," "okay" and "sure" in small type, with the caption below reading: "If it's not loud and clear, it's not consent. It's sexual assault." 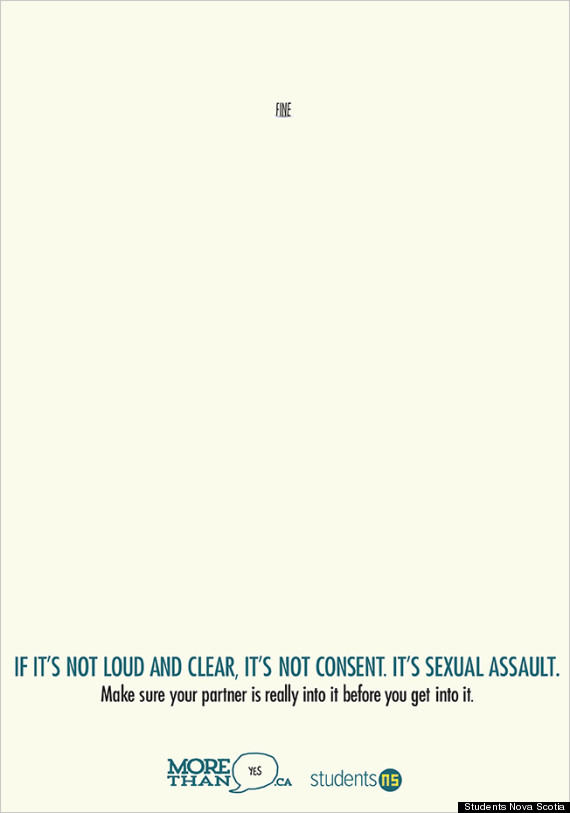 The project's website, More Than Yes, spells out the ground rules:

Real consent is mutual and sure. It is not muted, frail, hesitant, or afraid. It is never uncertain, assumed, or silent.

The More Than Yes message is meant to play on the No Means No rape awareness slogan, campaign coordinator Allison Sparling told The Huffington Post. "The absence of a 'no' doesn't make it a 'yes,'" she said.

Posters featuring the ads have been put up on several campuses in Nova Scotia, and their messages will be reinforced on social media during times when encounters are more likely to occur, such as Friday nights, Sparling said.

Here are a couple more of the ads from the campaign: 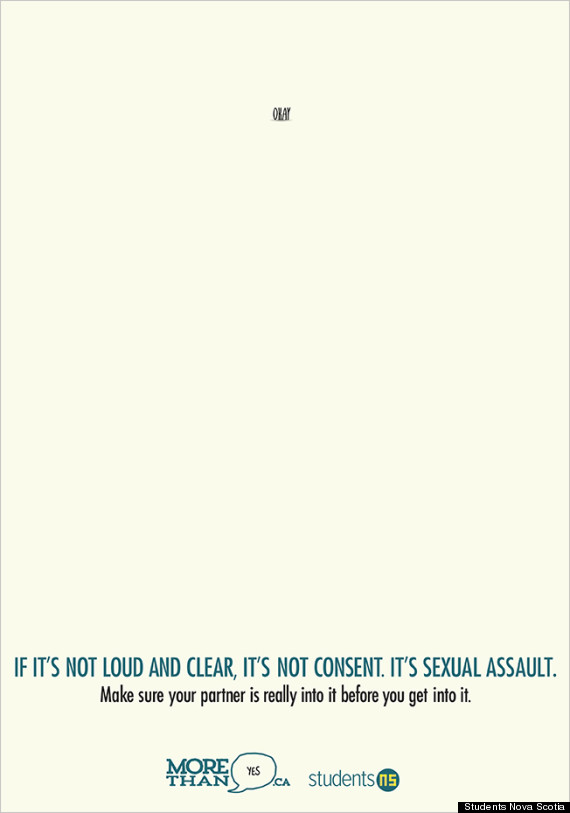 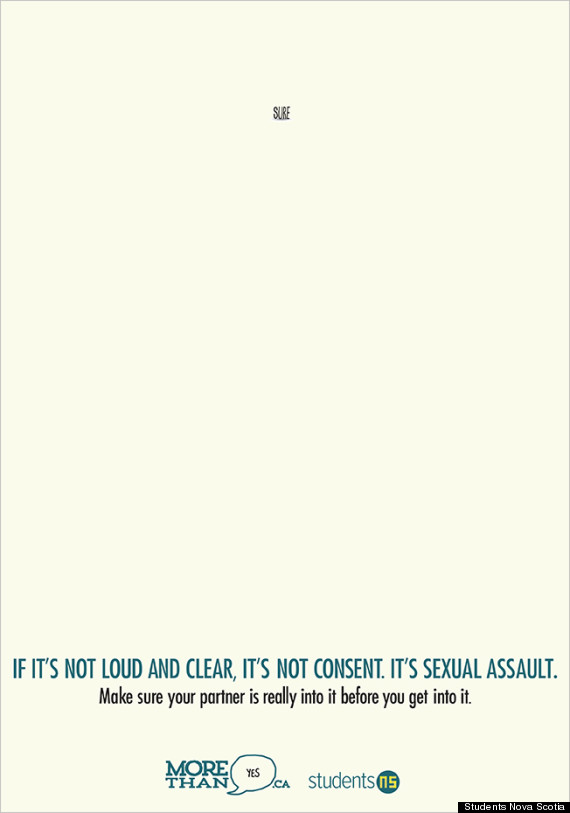