The truth is no one asked me to write more Trump Jokes, but I just can't help myself. My mother always said, "If you can't say something nice, don't say anything at all." So, with apologies to mom . . .

I know at least one person who will think I'm a comedic genius: 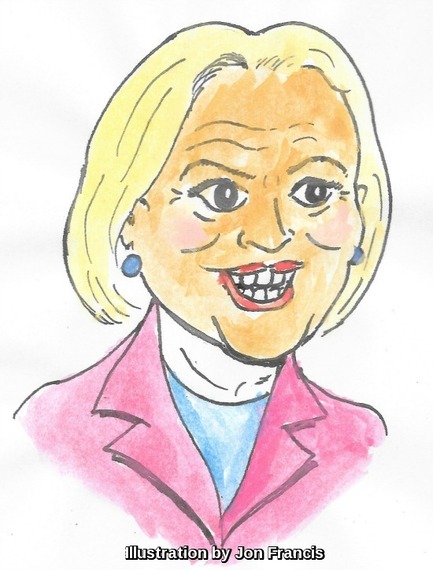 ● It is ironic that Trump use to host Celebrity Apprentice and now his name is better associated with The Biggest Loser.

● Today Trump tweeted that people will be calling him by a new nickname "Mr. BREXIT." That sure beats his old nickname, which coincidentally also began with a "B" and ended in "IT."

● Trump's VP Mike Pence keeps explaining much of what Trump says-- it's like polishing brass on the Titanic, which was also "huuge." And like a good first Lieutenant, Pence will go down with the ship. (Did I spell that last word right, or should it end in a "t" instead of "p?")

● Trump has said "I am who I am." That is exactly the problem with Trump. In fact, the worse advice he ever received was "Just be yourself."

● Trump continually is shaking up his campaign staff. Of course, the person he most desperately needs to replace is himself.

● Being an adviser to Trump is like being the lonely Maytag repairman-- always ready to serve, but never called upon to do so.

● Trump says he is the best candidate for black voters to support-- true only if you believe orange is the new black.

● Yesterday Trump received an intelligence briefing from the FBI-- and with Trump, any sign of intelligence is brief.

● Trump's office is decorated with framed magazine covers featuring pictures of himself. His face shouldn't be on magazine covers-- it is much better suited for a $3 bill.

● Trump claims he has read the Constitution and the Bible. I find it dubious that he would read anything that doesn't have his picture in it.

● Trump is a publicity hound. After he loses the election, I would suggest that can go home and Google himself.

● When he loses, I predict the first word of Trump's concession speech will be "WAAAAHHH!!!"

● Trump brags that he has an excellent memory-- in fact, he can remember things whether they happened or not.

● After his defeat, I am confident that Trump will arise from the ashes-- only to make an ash of himself again.

● Trump has encouraged his supporters to sign up as a "Trump Election Observer." He does not specify wardrobe choices, but I would think brown shirts and armbands would be most appropriate.