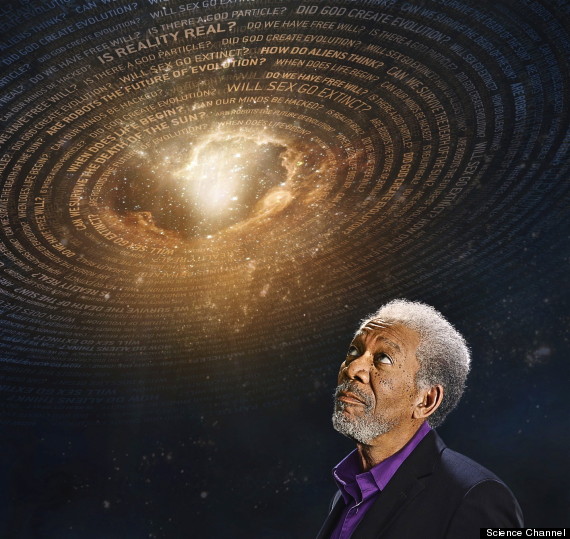 Ever wonder what it would be like to travel backward or forward in time? We've probably all wished we could go back in time to undo something that turned out badly or just to re-live an experience in its entirety.

From H.G. Wells' timeless 1895 novel, "The Time Machine," to the Man of Steel flying at ultra super speed to move Earth back in time in 1978's "Superman: The Movie," countless books, movies and TV shows keep us fascinated with the idea.

"What if we can send messages back in time and change events that have already happened? Can the future reach back and rewrite the present?" These are some of the provocative questions asked by actor Morgan Freeman in the opening sequence of "Can Time Go Backwards?" It's the upcoming episode of the Science Channel series "Through The Wormhole With Morgan Freeman."

"Through The Wormhole" presents leading experts, thinkers and scientists who offer new theories about subjects that, on the surface, might seem too far-fetched for reality and more in keeping with science fiction.

On his website, futurist and theoretical physicist Michio Kaku writes about the physics of time travel:

Physicists have always scoffed at the idea of time travel, considering it to be the realm of cranks, mystics, and charlatans, and with good reason. However, rather remarkable advances in quantum gravity are reviving the theory.

One stubborn problem with time travel is that it is riddled with several types of paradoxes. For example, there is the paradox of the man with no parents, i.e. what happens when you go back in time and kill your parents before you are born? Question: If your parents died before you were born, then how could you have been born to kill them in the first place?

Interestingly enough, Stephen Hawking once opposed the idea of time travel. If time travel existed, he said, then we would have been visited by tourists from the future.

Because of the enormous amount of work done by theoretical physicists within the last five years or so, Hawking has since changed his mind, and now believes that time travel is possible (although not necessarily practical).

Perhaps we are simply not very interesting to these tourists from the future. 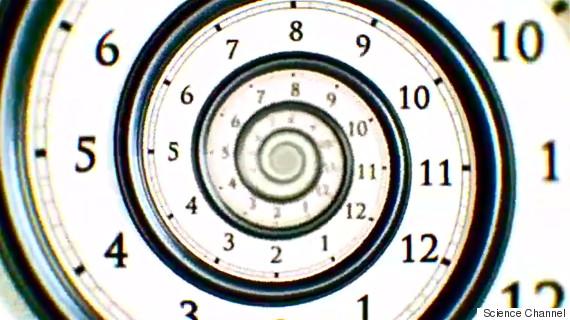 If he had a choice, which direction in time would Freeman travel?

"Forward. I would like to go to the future. The past, I'm aware of. You're really making a huge error, I think, by going back and attempting to change history. I would not want to go back and try to change anything. It may have a worse effect," Freeman -- who is both host and executive producer of "Through the Wormhole" -- told The Huffington Post.

But, if he could go into the future, what would he most like to see?

Watch this sneak peek of 'Can Time Go Backwards?'

In addition to the time travel episode, this sixth season of "Through the Wormhole" tackles subjects as diverse as:

Are We All Bigots?
Are We Here For A Reason?
Do We Live In The Matrix?
Are There Aliens Inside Us?
Why Do We Lie?

"We started out 'Wormhole' by looking at the cosmos and space and time and the laws of physics. We then began to look at neuroscience, life after death and religion," said executive producer James Younger. "We've set this standard with the show by challenging the way you think, to make you think about something that you think you know about [but] in a new way," he told HuffPost.

New to this season of "Through the Wormhole" is something called the 360-Degree Wormhole Experience.

"We're giving viewers an opportunity to interact with the scientists on the show, so they'll have a direct line to the people who've created these theories," said Bernadette McDaid, Science Channel vice president of production. "It will be done online where scientists will be available to chat with viewers."

The "Are There Aliens Inside Us?" episode considers if our DNA may originate from a mysterious, nonhuman source, and whether or not microbial life has arrived on Earth from faraway worlds.

Many people might be disappointed at the notion that the most we may find are tiny microbes vs. an alien race. Freeman disagrees.

"If we do find microbes, I think it would be something worth jumping up and down about. It would at least mean that life exists elsewhere in the universe, probably in our galaxy. We're not gonna get beyond that for a while."

Science Channel's "Through the Wormhole With Morgan Freeman" is produced by Revelations Entertainment and airs on Wednesdays at 10 p.m. ET/PT. Check your local listings.

Morgan Freeman Wants To Travel To The Future ... To See If Humans Will Still Exist
Scientists Claim ET Fossils In Meteorite