Morgan Freeman is known as the man with the velvety voice, but he seemed pretty tongue-tied while attempting his first Snapchat recently.

Complex's Alex Hudgens somehow convinced the film legend to be a part of one of her Snapchat posts, and the resulting fail couldn't have been better.

"Whatever you want," replies Hudgens.

"I don't want to say anything," adds Morgan.

Hudgens also posted the video to Instagram because, duh, it's incredible.

The video just proves that Freeman isn't afraid to try new things. The actor even famously sucked down some helium during a visit to "The Tonight Show." Maybe next time they'll have some of that on-hand because Freeman definitely deserves to get some (Shawshank) redemption after this. 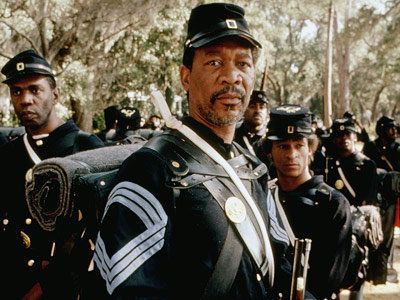