On September 19, 2012 I had an opportunity to sit down and talk with Jean-Michel Cousteau one-on-one. I was in San Francisco to talk with him about the use of social media to advance ocean issues and to discuss his involvement with the Ocean Elders.

But Jean-Michel also wanted to talk about an issue that is very personal to him and his Ocean Futures Society -- Morgan, an orca whale who was captured on June 23, 2010 and has been in captivity since.

When the discussion turned to this young female orca, there was a noticeable change in Jean-Michel's voice. Although always passionate, there is a profound sense of urgency when he speaks of Morgan. Having spent over four years fighting to free another orca named Keiko from captivity; Jean-Michel is frustrated that we are still having this discussion about captive marine animals performing "circus acts" for humans in 2012.

On the opening night of the BLUE Ocean Film Festival, I listened to Jean-Michel speak with that same passion and sense of urgency as he talked to the audience about Morgan during his keynote address. Then the next day, as he introduced the premier screening of the film My Father the Captain, about his father Jacques-Yves Cousteau, Jean-Michel stated the case for Morgan:

We need to put Morgan back in the ocean. We need to get off our ass and campaign as far as we can with as many people as we can to convince the judges, the people who are making the decision in Amsterdam on the first of November, and I'm planning on being there and as many people who can join, to show the world, the legal world that there is a growing number of people, that we are able to have a voice.

We need to be heard and understood because unfortunately Morgan cannot speak out to the judges. We need to do it on her behalf, so that she can be returned to her family where she belongs. If we do that, it is not just saving one orca, it's telling our species that we can be in charge and we can take care of our life support system. We can do what will allow us to continue to look into the eyes of those young people, my grandchild, your son over there who you are carrying, that we have done everything we can, so they will have the same privilege that we have had.

At that point I still didn't know much about Morgan, but all that changed one day later when I met Dr. Ingrid Visser. Ingrid is the founder and principal scientist for the Orca Research Trust and the only researcher in the world to swim in the open sea with wild orca or killer whales as they are called. She is considered to be the foremost expert on New Zealand's orca whales and orca behavior in the wild. A film about her, The Woman Who Swims With Killer Whales, was a finalist at this year's BLUE Ocean Film Festival.

Ingrid gave me a quick education on orcas and filled me in on the details about Morgan, explaining that she was not stranded and rescued -- but that she was captured and taken. Morgan was not sick when she was caught, just emaciated and dehydrated and well within the realm of successful rehabilitation and release. She was at least three years old, more likely five, but still not even a teen in orca years.

Originally taken to the Dolfinarium in Harderwijk, Netherlands for rehabilitation and then release, Morgan was later transferred to Loro Parque in Tenerife, Spain by order of a Dutch court. That court ruling is being appealed in the Netherlands and will be heard by the Amsterdam District Court on November 1, 2012.

Morgan's time in captivity doesn't preclude her from being retrained to live back in the wild, but as her court case lingers longer and longer, each day of delay condemns her to a life that is not life. 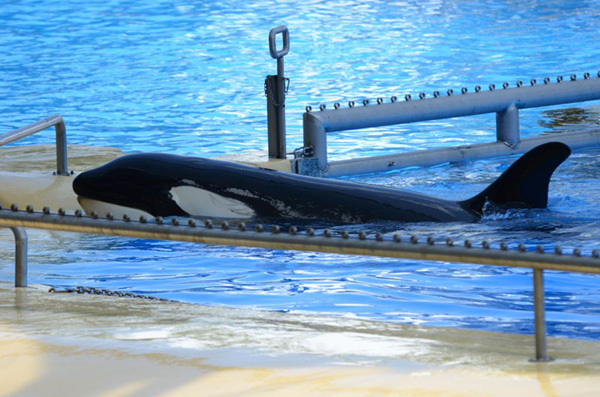 The more I think about Morgan and the impassioned call to action from Jean-Michel, Ingrid and others, the more I look within myself and ask:

Who are we to hesitate, to tolerate, to decide the fate of that which is not human, simply because we are? Whoever are we to claim a right over the life of another species? No nation can, or should dare try, especially with the life of an orca, a "citizen" of the sea.

Who are we to break our words and our promises? Who are we to disregard moral dignity in favor of captivity and display? Who are we -- what does it say about our society, that we allow this to be our way?

By what authority does any court, of any nation, of any people, have a right to take Morgan from the sea for any purpose other than to heal and nurture and then release her back to the sea?

We, as society on this tiny blue planet simply must say no to such acts: no to breaking promises; no to dominating another species simply for our pleasure and profit; no to the buying and selling in nature of that which we have no right to buy and sell; and no to governments that would tolerate such behavior. And if governments do not listen when we say no, then we need to continue to say no, and no, and no again, until they do listen.

There is no excuse for Morgan's captivity. No parent should have to explain to a child that this is okay; that is a lie, it's not -- and it should never be told again. Release Morgan, return her to the sea, if she will die in the wild, then she will die, wild -- free!

These ideals need to be spoken in your voice, with your words, with your passion for the entire world to hear; do not simply read my words quietly to yourself with empathy, you too must take action and act now.

On average, female orcas in the wild live between 60-80 years. In captivity, however, the average length of time they survive is less than nine years. There are 44 orcas in captivity around the world, and they are held in Argentina, France, Japan, Canada, USA and Spain.

What the audience sees during the "show" and life as a captive orca after the show are two very different realities. A point driven home with the recent news story about Nakai; an 11-year-old male orca at SeaWorld San Diego who was gruesomely injured when a large chunk of his lower mandible was sheared off, apparently from a vicious attack by other orca at SeaWorld. 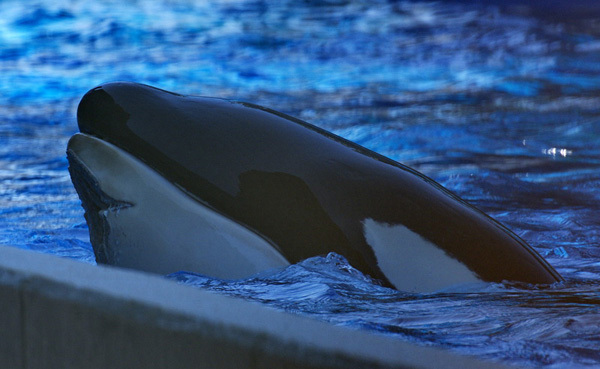 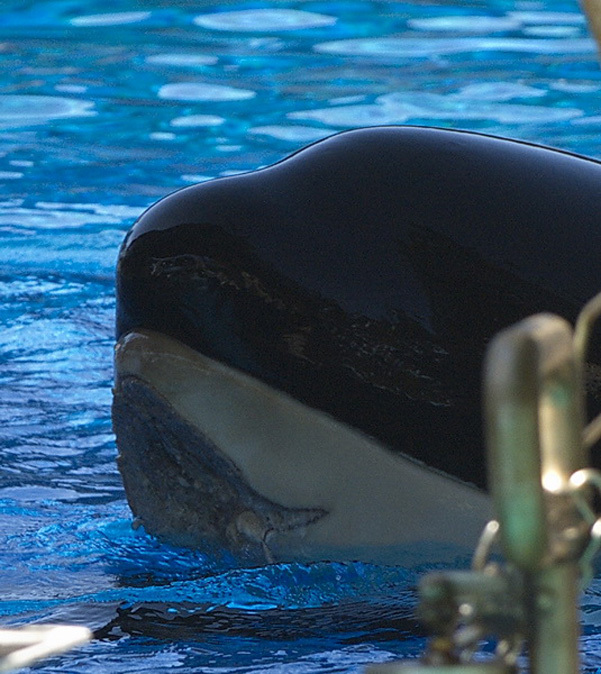 What lies ahead for Morgan if she is not released? Will she end up like Nakai, savagely attacked and brutalized by the male orca at Loro Parque which are also owned by SeaWorld? At the end of the day this isn't about animal rights vs. human rights, it's simply about doing what's right, and saying "No" to the influence of money and greed and corruption.

Morgan represents a new bloodline for the orcas in captivity and SeaWorld wants to breed its Loro Parque orcas from Morgan as their orcas are inbred to the point where they are letting mothers breed with sons. That is what this is all about -- profit -- that is why Morgan wasn't released when she should have been.

To find out more about Morgan's legal case and how you can help free her, go to FreeMorgan.org.