Mormons fighting for LGBT equality showed up in full force at this year’s Utah Pride Festival, an annual celebration and pride march that occurred this past weekend.

Members of the Church of Jesus Christ of Latter Day Saints were one of the largest groups to attend the event, according to Fox 13. LDS members from the LGBT advocacy groups Mormons Building Bridges and Mormons For Equality waved their banners proudly as they marched through downtown Salt Lake City.

LGBT Mormons and their allies were celebrating two big victories over the past year: the legalization of marriage equality and the passage of a law that protects LGBT Utahns from discrimination.

Mormons make up 60% of Utah’s population, according to a 2013 Gallup poll. The LDS church was instrumental in crafting the anti-discrimination measures, although the church’s official doctrine maintains that sexual activity should only occur between a man and a woman.

Peter Harrison, a Utah State University student, is an organizer for Mormons For Equality. One of his group's goals is to give a voice to Mormons who are supportive of marriage equality.

In an interview with The Huffington Post, Harrison said that some of the parade watchers seemed to get emotional as they watched his team pass. “What I gained most from the march was the overwhelming support and positiveness the LGBT [and] ally community gave us as we marched,” Harrison said. “It was clear many were visibly touched to see Mormons come march for full equality and I'm just really glad I could be a part of that.” 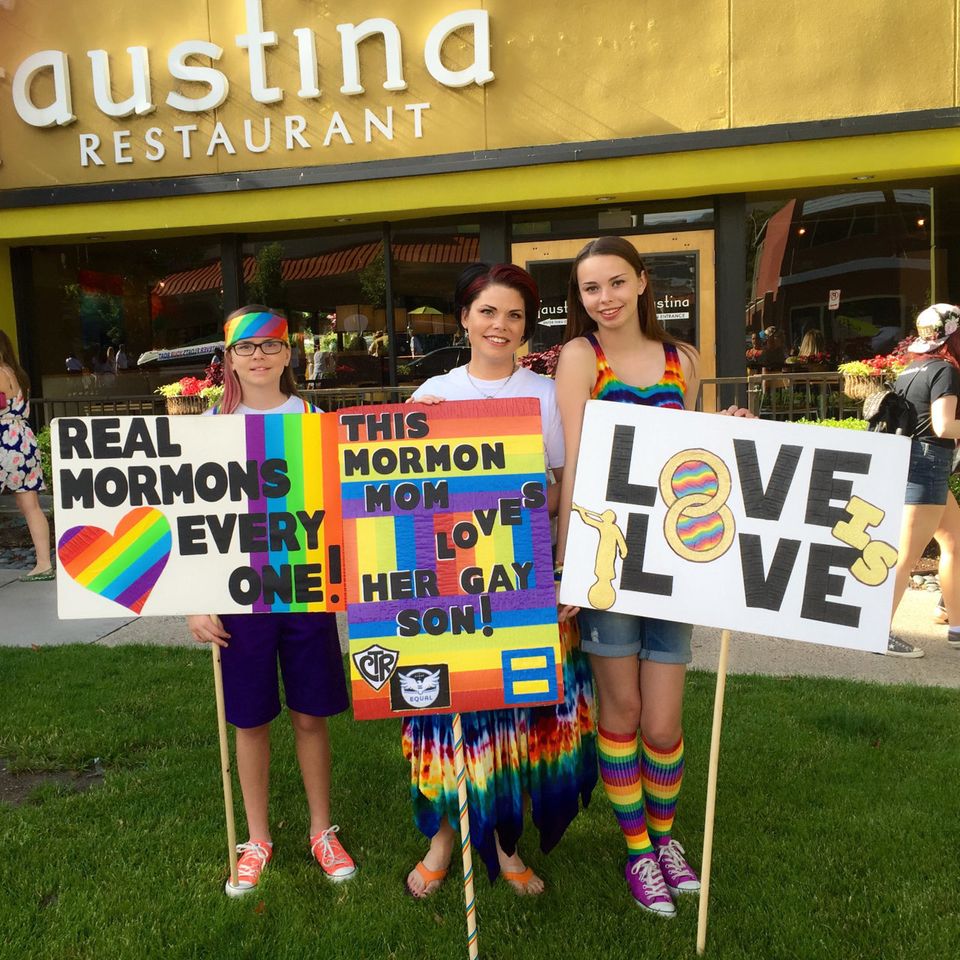