The Church of Jesus Christ of Latter-day Saints is giving women who serve on missionary trips around the world the option of wearing pants instead of skirts in certain scenarios.

The Church announced Thursday that the update to dress standards for female volunteers, known as “sister missionaries,” was approved by the First Presidency, the three male leaders who form the religion’s highest governing body.

Previously, the option of wearing pants was only offered to sister missionaries in regions of the world affected by mosquito-borne diseases like Zika, dengue fever and Chikungunya. That change, instituted in June 2016, affected about half of the church’s mission regions.

Now, women in all 407 of the church’s mission regions can wear pants while proselytizing.

“This is truly optional,” Bonnie H. Cordon, president of the church’s group for teenage girls, said in a statement. “The sisters can wear dresses, they can wear slacks, whatever will help them in their service as they’re out amongst the people.”

Cordon explains the revised dress code for sister missionaries in the video below.

The church’s revised guidelines call for dress slacks in “solid, conservative colors” that are “not too tight or too loose.” Examples of appropriate dress slacks were posted to the church’s website.

Pantsuits, slacks cropped above the ankle, and slacks that touch the floor are discouraged. Sister missionaries will still have to wear skirts or dresses while attending Sunday worship services, baptismal services, and some other church events.

The changes to the dress code were motivated primarily by “safety concerns,” according to Cordon.

“There are a lot of vector-borne diseases because of mosquitoes and ticks and fleas,” Cordon said in a statement. “This helps the sisters to prevent any of those bites or at least minimizes them.”

In addition, the change will help sister missionaries serving in colder climates to stay warm, Cordon said. It will also make it easier for the volunteers to ride bicycles, which is a popular mode of transportation for some missionaries.

Missionaries in The Church of Jesus Christ of Latter-day Saints are volunteers who are sent in pairs to spread its religious teachings around the world and baptize new believers into the faith. Most missionaries are under the age of 25. Single men serve for two years, while single women serve for 18 months.

The church has strict rules that govern how both male and female missionaries should dress. The guidelines touch on everything from proper hairstyles to appropriate underwear. For women, the guidelines call for clothing that is professional, conservative, and modest ― which for the church, means no tight clothing or shirts with “low necklines.”

The broader issue of Mormon women wearing pants to church-related activities has caused some controversy in the past. Although the church doesn’t have an official rule against women wearing pants, some have said they feel pressured to wear dresses or skirts to services.

Jana Riess, a columnist for Religion News Service who frequently writes about the church, told HuffPost her research indicates that most female members, particularly those living in Utah, choose to wear dresses or skirts to church.

Riess said that this choice is more about culture than it is about theology.

“I would not say there is a ‘theology’ behind this other than a general conservatism and a concern about preserving traditional gender roles,” Riess wrote in an email. “Things tend to change quite slowly in Mormon culture.”

In 2012, hundreds of Mormon women signed up to participate in a “Wear Pants to Church Day,” hoping to challenge the informal dress code. One of the event’s organizers reported receiving death threats.

It wasn’t until 2017 that full-time female employees of the church were given permission to wear pants to work.

Riess said the recent changes to sister missionaries’ dress code reflects the fact that both male and female missionaries are expected to engage in a very active lifestyle, particularly in areas of the world where they use bicycles as a primary mode of transportation.

“I am very glad to see that women missionaries are being empowered to have more latitude in choosing the clothing that will be most comfortable and safe for them, wherever they are serving,” she said. “Their work is tremendously important to the future of the church, and they should be able to do that work in clothes that make life easier, not harder.” 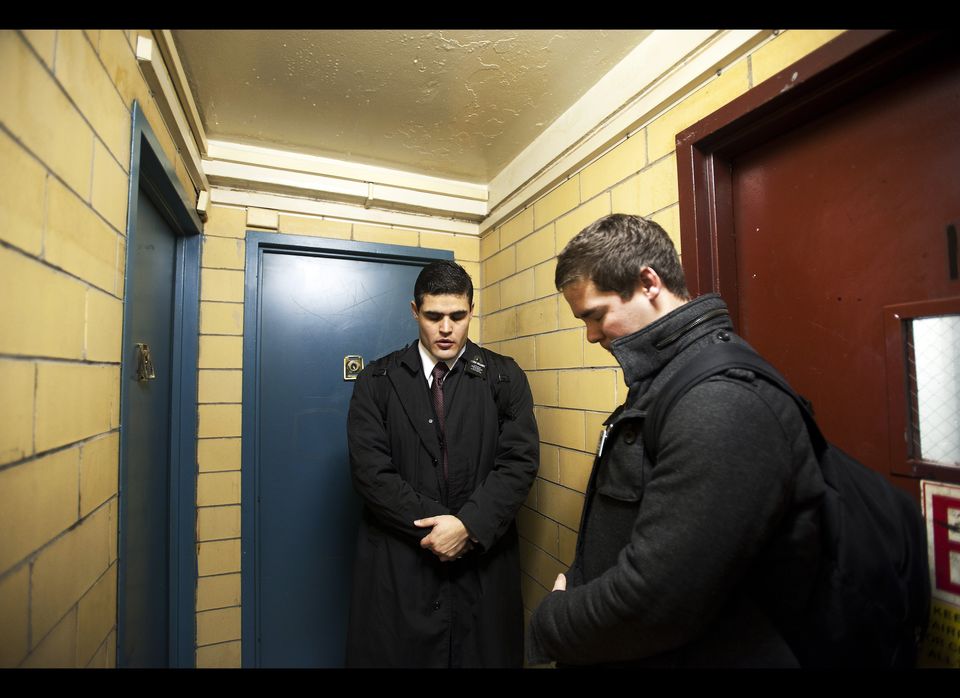