Mormon women want to be the ones (also) wearing the pants ... in church. In a sartorial protest for greater equality within the Church of Jesus Christ of Latter-day Saints, Mormon women all over the world staged a "Wear Pants To Church" event on Sunday December 16th, reported the New York Times.

Although there is no official rule barring women from wearing slacks to services, the organizers of the event told the New York Times that there is still a strong pressure not to do so. Thousands of women participated in the event, posting photos of themselves in all of their non-dress glory on blogs and Facebook. The organizers expressed to the Times their hope that the demonstration will start a wider dialogue about women's roles in the church. While some Mormon women have expressed strong feelings that women should be able to be ordained as priests, others would simply prefer greater visibility and inclusion in Mormon practices, such as mandatory missions.

Judging from the reactions of the women who participated, a lot of good came out of Sunday's event. Feminist Mormon Housewives, a feminist Mormon organization that got on board with the "Wear Pants" movement, has filled its website with photographs of women in their Sunday best pants with captions like these:

My name is Scout (my parents named me after Scout Finch from the book To Kill a Mockingbird.) I’m 12 years old and live in Scarsdale, NY. I wore pants to Church because I believe we need more opportunities for girls. I was nervous, but I’m glad I did it.

I feel privileged to join in unity my concerns for all the various experiences women have had in feeling belittled, marginalized, called out for thinking differently, or feeling subpar to men or even women in the church. Women have much to offer in the world within our homes and within our church, all we ask is for someone to listen and hear those concerns in hopes for wide arms of respect and opportunity to build a better organization and community where all are truly seen as equals.

However, not everyone reacted so favorably. One of the main organizers, 26-year-old Stephanie Lauritzen, received threats on Facebook and the event drew a host of both negative and supportive comments, reported the New York Times.

The leadership of the Mormon church has issued one official statement since the "Wear Pants" initiative began, stating that "Generally church members are encouraged to wear their best clothing as a sign of respect for the Savior, but we don’t counsel people beyond that." The Cut's Charlotte Cowles raised an obvious question: "What is the Mormon church's position on gender, exactly?"

No one seems quite sure what the answer is, but the women involved in the inception of "Wear Pants To Church" have at the very least succeeded in getting the discussion started. 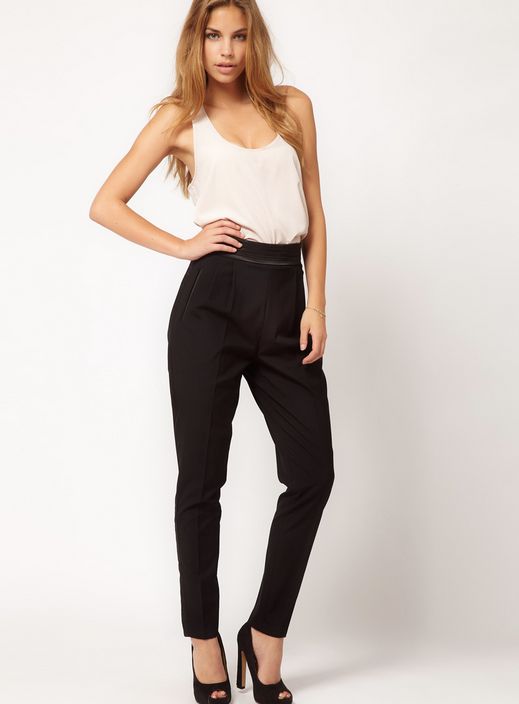