Who has a morning routine, you ask? Just some of the most successful people in the world: famous CEOs, artists, writers and world leaders. Even the FLOTUS has credited her strict morning habits with helping to set the tone for a productive day.

If it's good enough for this crowd, it's good enough for you. And whether you'd like to admit it or not, you already have a morning routine -- it just might not be such a great one. Do you hit the snooze button three times each morning? Grab breakfast on the way in because nothing at home is handy? Setting the groundwork for good go-to habits is the key to a more successful start to your day. Here are some common mistakes you might be making -- and how to make them over:

You Think Your Morning Routine Starts In The A.M.

Getting up early like a boss isn't a decision you make in the morning -- it's one you make the evening before.

"An important factor in being able to wake up easily at the desired time in the morning is the timing of one's circadian rhythm, or 'body clock,'" sleep researcher Leon C. Lack, Ph.D., a professor in the school of psychology at Flinders University in Adelaide, Australia, told Everyday Health. And setting your rhythms correctly means choosing a bedtime that allows you to get enough sleep.

Or, as tech leader Joel Gascoigne put it in an essay for Lifehacker about his morning habits:

The best way I've found to counteract [burnout] is to decide how much sleep I need (for me it's about 7.5 hours a night) and then figure out the exact time I need to be in bed. Once I've done this, I set up a 30 minute winding down ritual (for me, it's going for a walk) which allows me to disengage from the day's work and not have work in my head when I hit the pillow.

The key thing I've found is that in order to wake up early over a sustained period of weeks, this evening ritual is just as important as how much I think about my morning routine.

Do you hit snooze every day? First of all, it could be a sign that you're not leaving enough time for yourself to sleep by hitting the sheets too late the night before (see above). But what's more, you could be disrupting crucial sleep stages by taking your body out of its resting state and then allowing it to drift back into slumber.

Instead, try setting your alarm far from your bed so that you have to get up to turn it off. If that doesn't work, consider setting a second alarm in a different part of the room.

You Go On Autopilot

If you wake up whenever and do whatever, you miss out on the best part of having a morning routine to begin with: Starting your day with intention.

"I feel that waking up early sets the tone for my day of 'making a choice,'" wrote Gascoigne. "If I leave it to fate as to when I roll out of bed, then I feel like that's the outlook I'm taking in general. On the other hand, if I choose to get up early and do amazing things in those quiet hours, that's when I feel like I'm grabbing hold of my life and controlling where I go. That's the choice I want to make."

If you're having trouble figuring out the goal of your early rise, meditation could help. Ora Nadrich, for example, has a "coffee meditation" to help set your intentions for the day.

You Go From Bed To Running Track

If you're doing a morning workout, you're doing something right. Exercising in the a.m. has a host of benefits, including better executive function and memory recall throughout the day. You're also more likely to exercise if you get it out of the way first thing. But put a little time between when you rise out of bed and when you hit the road so that you can clear your mind and fill your stomach.

"Since eating in the morning gives your body enough fuel to work out, improves your endurance, and can also jump-start your metabolism, make sure you allot enough time to eat a little something," FitSugar reported. "Getting up 15 to 20 minutes earlier should do the trick. Aside from not exercising on an empty stomach, it'll also give your brain a little extra time to wake up, which can help prevent injury caused by stumbling."

Even if you don't have a yen for morning exercise, eating is an important way to start your day. Studies show that skipping breakfast can increase your risk of diabetes and one small study found that it may even affect mood and memory in men.

If you just aren't hungry first thing in the morning, try to think about why: Do you dislike breakfast foods? Try eating lunch foods. Is it hard to eat a complete meal? Try to cobble together a snack that includes fiber, protein and healthy fat, suggests Keri Gans, MS, RDN, CDN.

Tell us in the comments: What's the first thing you do when you wake up in the morning? 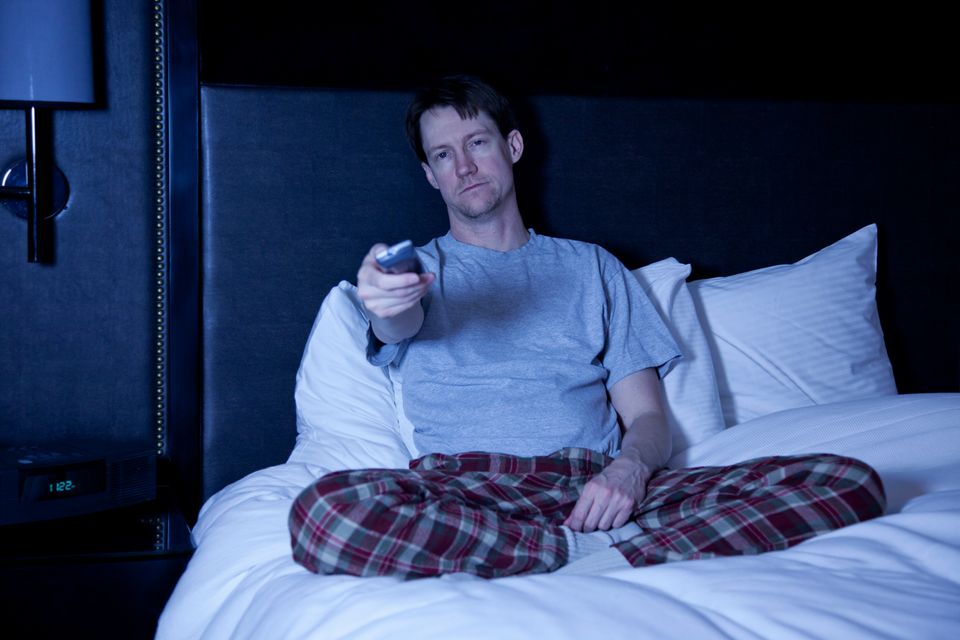