Despite his civilian dress, there was no mistaking his role in the secret police when he reached into our Toyota to block the Nikon lens of my 17-year-old daughter Mariah. She was recording the beating of a woman by his colleagues, uniformed and not. Mariah's shutter was too fast for him, so he lunged further to snatch the camera, grazing her face. Mariah was fine. The woman was not.

As witnesses, we were not alone. A handful of women in multicolored melhfas (the traditional Sahrawi garb, 20 feet of printed fabric wrapped around the body head to toe) surrounded their sister protester as the police harangued them. We saw one local policeman in a blue uniform. Then there were the handful of thugs, identified to us by local human-rights leaders as members of the DST, Morocco's secret police. In addition, there were the two plainclothes informants who had been following us all day. When Mariah took their pictures, they tried to shield their faces. Two of the brutes planted themselves in front of the windows of our car, partially blocking our view of the beating. The third one cursed Mariah, called her an unprintable name, and blocked her camera with his hand.

RFK Human Rights Award laureate Aminatou Haidar recognized the DST thugs immediately. One of them, mustachioed and bald, was Al Hasoni Mohamed, the same man who accosted her 13-year-old son, threatening, "I will rape till you're paralyzed."

Known as "the Sahrawi Gandhi," Aminatou is one of Western Sahara's most prominent human-rights defenders. For over 20 years she has been involved in nonviolent resistance against Morocco's occupation of her homeland. Moroccan authorities have illegally detained her, imprisoned her, beaten her, tortured her, and threatened her with death. She once spent four and a half years in isolation, blindfolded. Despite the abuse by officials, she considers Moroccan citizens her "brothers" and courageously maintains her commitment to nonviolence as she advocates for the release of prisoners of conscience, seeks to strengthen local human-rights-monitoring mechanisms, and demands that the referendum that would allow the people of Western Sahara to vote on their future, agreed to by all parties over two decades ago, finally takes place.

The violence we witnessed was not an isolated incident. We met a dozen women whose sons and husbands were beaten and remain in prison for their nonviolent activism. We met with a group of men who showed us home videos of nonviolent demonstrators being kicked and beaten with nightsticks by uniformed police and their ununiformed colleagues. We met with a group of lawyers who said that since 1999 they have represented over 500 cases just like the one we witnessed today: nonviolent protesters bruised, bloodied, and, all too often, murdered -- and always, always accused of some crime. Across all those years the courts have acquitted only three Sahrawi victims.

The regional office of the Moroccan government claimed that Jed Ahlou was not beaten, that the entire incident was a mere show. It didn't look like a show to us. Her wounds and her swollen, discolored face looked all too real. 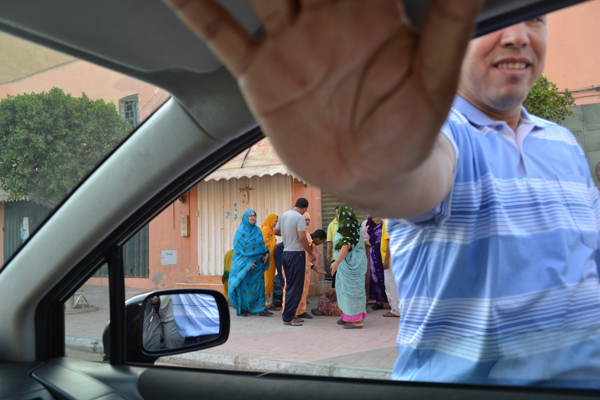 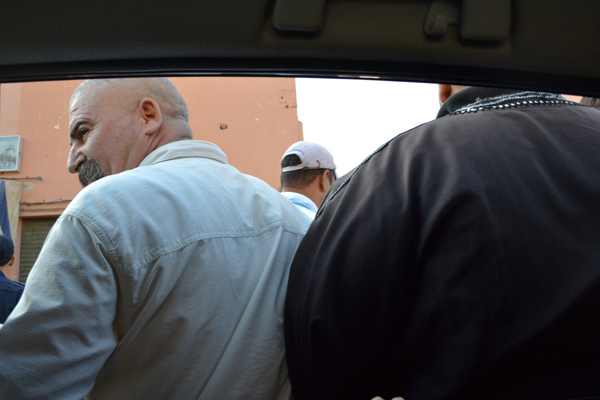 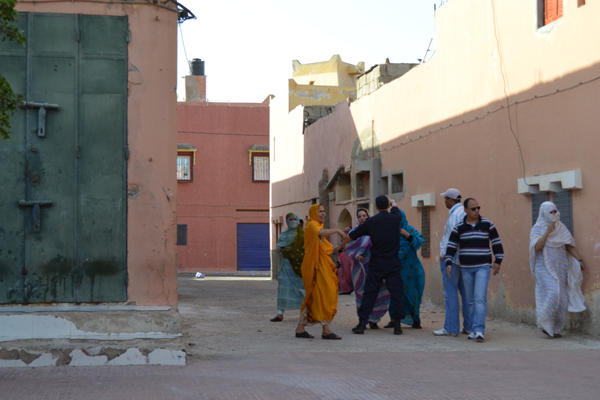 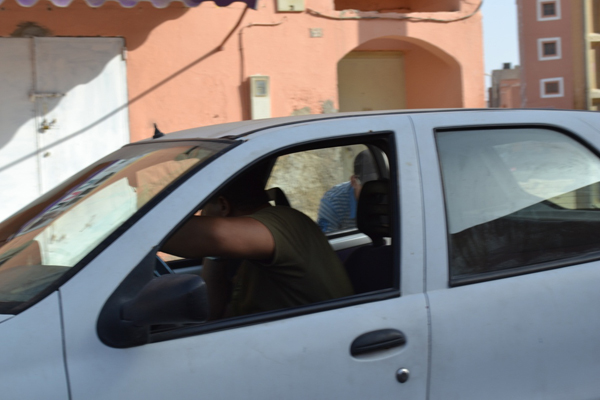 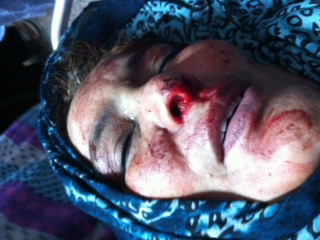 The nonviolent protestor, Soukaina Jed Ahlou, who was attacked by Moroccan secret police. She has been released from the hospital since this photo was taken and remains under medical evaluation. Laayoune, Aug. 25, 2012. Photograph by Mary Lawlor

We are here for a week with a delegation from the Robert F. Kennedy Center for Justice and Human Rights to assess the human-rights situation in both Western Sahara and the Algerian refugee camps where displaced Sahrawi live. We had a first glimpse on day one; seven days to go.