Americans are sharply divided on many issues in this election year, but across the political spectrum and all ages they list the influence of money in politics as one of their top five concerns. This is not just an answer they give to pollsters; It is a critical factor in the support for the two candidates for the Presidency who promised not to take money from corporate, Wall Street, and Koch/Adelson-style individual contributors, Bernie Sanders and Donald Trump.

The Patriotic Millionaires is a group of wealthy advocates for "less political influence for those whose sole credential is the ability to pay for it." In an interview, Chair Morris Pearl, who recently joined the board of the Center for Political Accountability, answered my questions about the group, about economic inequality, and about what these members of the one percent can do to reduce the pernicious influence of money on government.

Who are the Patriotic Millionaires? Are they Republicans or Democrats? What are their goals?

The Patriotic Millionaires is a group of wealthy investors and business people trying to explain that the growing inequality in our nation is not good: it is not good for the poor people and it is also not good for the rich people. We need a robust middle class filled with people who can afford to shop at our businesses and buy our products.

We believe that a fundamental cause of the growing economic inequality is the growing political inequality. Our elected representatives spend most of the time talking to people who have the funds to contribute to their campaigns or to go lobby them in Washington.

We have chosen a few concrete policies on which to lobby our government:

• Less money in politics (disclose act, campaign finance regulation, etc.)
• A higher (fifteen dollar per hour) minimum wage, indexed to inflation
• Closing of tax loopholes that benefit the super-wealthy, of which we have identified the carried interest tax loophole as the poster child of egregious loopholes.

The organization is nonpartisan, but I would estimate that around 99% of our members, and all of our staff generally support the Democratic Party positions. 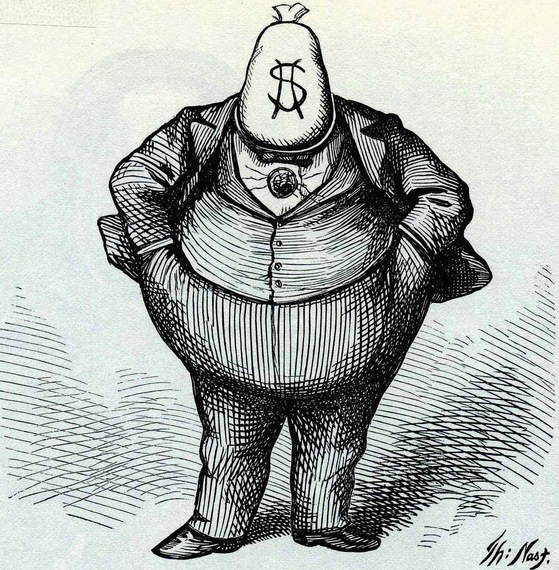 There are a lot of news stories about billionaires putting hundreds of millions of dollars, most often secretly, into political campaigns and lobbying. How is Patriotic Millionaires different?

1) Very few of those billionaires are working on decreasing inequality.
2) We are not secret. We have an annual budget on the order of one million dollars, and that is spent on hiring staff to work on publicizing our efforts.
3) We are not trying to do something for our own short-term financial self-interest

Do you agree with Hillary Clinton's proposal for a Constitutional Amendment to overturn the Citizens United decision?

In a word: Yes. But "Citizens United" is not the entire problem. We had a big problem before that decision. I am not sure precisely what the solution is, but I personally would support a constitutional amendment giving congress the power to regulate political campaign spending. I would personally support a system like the system in New York City: a candidate raises something like one or two hundred thousand dollars in small donations, and if the candidate chooses to participate in the system he or she can get matching funds of a multiple of the money raised from small donations. The candidate has to agree to then not raise or spend any additional money. This has enabled many people to run for office without backing from donors who are looking for things from the city government. In the past, many campaigns had been funded by real estate developers who had a strong need to curry favor with the city government.

What is the most effective way for institutional investors to play a role in insisting on more accountability and transparency in corporate political contributions?

Investment Managers do what their clients want them to do. Just like there are funds for investors who don't want to invest in companies selling weapons or alcoholic beverages or tobacco or gambling, etc. if there is demand, there could be funds that invest in only companies that don't engage in political spending or that meet our standard for transparency.

How can the customers of investment funds find out whether their money managers are protecting their interest in voting proxies?

You can see how the fund manager actually voted by looking at the SEC filings. And most fund managers actually have their voting records on their own websites too, sometimes in an easier to search form.

Whether or not those votes are actually doing any good in protecting the investors' interests is a harder question. I believe that beyond the actual effect of the vote, that company management does pay attention to shareholder votes, and if there are a large number of shareholders voting for something, I expect that that will, in many cases, affect the behavior of the company managers.

How can digital media help to increase transparency and accountability in political spending?

The Center for Political Accountability is trying to do just that with its annual scorecard. It could be expanded to more companies. Most of this data is only released infrequently, and in arrears, and we are talking about corporate policies, generally not stuff on the level of exciting breaking news. I would, however, love to have someone prove the other side of the case and do something cool with the internet.

What is the Center for Political Accountability? What information do they make available? What are their priorities?

What is the real impact of corporate and large private contributions to political campaigns and lobbyists?

I don't really have any hard data on "impact". I do know that making a donation gets you a few minutes to ask a question or make a statement about your issue, and, if it is an obscure issue, that maybe the only thing the representative or senator ever hears about it.