Will Ferrell didn't pull his infamous Ron Burgundy, the main character in "Anchorman," out of thin air.

The absurd yet adored news anchor from the 2004 movie was inspired by Mort Crim, a real-life newscaster whose soothing baritone would fit right into the film. Skip forward 30 seconds to hear him deliver the news:

Philadelphia magazine spoke to Crim, who said he'd been in contact with Ferrell. Crim seemed to appreciate the Burgundy character.

I don’t think you ever really see yourself in a parody, but it was fun," Crim told the paper. "Like any good satire, he took a basic idea and took it all to the extreme to get comedic value from it. ... I’ve got a great sense of humor."

"Hey, if Will really wants to play this authentically, forget the burgundy; he needs lime green polyester pants, and sideburns down to his ankles," Crim joked to the Florida Times-Union in 2004.

Crim's voice might also be recognizable from the odd intro to the White Stripes song "Little Acorns."

"Anchorman" director Adam McKay and Will Ferrell watched tapes of Crim co-anchoring with Jessica Savitch in Philadelphia, before he worked in Detroit. The pair was one of the first male-female pairings in the country, according to the Times-Union.

Crim told the paper that "reality was more nuanced" than Ferrell's portrayal of a male chauvinist flummoxed by the presence of a woman in the newsroom and said he was grateful to be paired with Savitch.

In an interview with The New York Times, Ferrell recalled watching Crim speak in a documentary about Savitch."He literally said the line: 'You have to remember, back then I was a real male chauvinist pig. I was not nice to her.'"

Crim told USA Today he may have held some resentment to the sudden appearance of a relatively young and inexperienced anchor.

"I think that aspect of having someone with less qualifications primarily because she looked great on camera offended us more than her being a female. There's an element of truth, but I don't think it was sexism. Of course, that wouldn't make nearly as good a movie," he told the paper. "Let's face it, the gender break into mainstream America was just at the cusp and that was true of all professions. So, clearly there was resistance. But I believe in total equality of women, and I have believed that all my life."

Crim went on to report the news alongside Carmen Harlan in Detroit, an anchor for WDIV to this day. He's now an author of several books (leather-bound ones, maybe?) and a motivational speaker.

"Thanks for the word picture, Fred," Crim says to a sports anchor. Now that's a line Ron Burgundy would approve of.

And here is Crim saying lines from "Anchorman," because why not:

"Anchorman 2: The Legend Continues" is set to be released next week. Check out 10 other things you didn't know about "Anchorman" here and favorite quotes from the movie below: 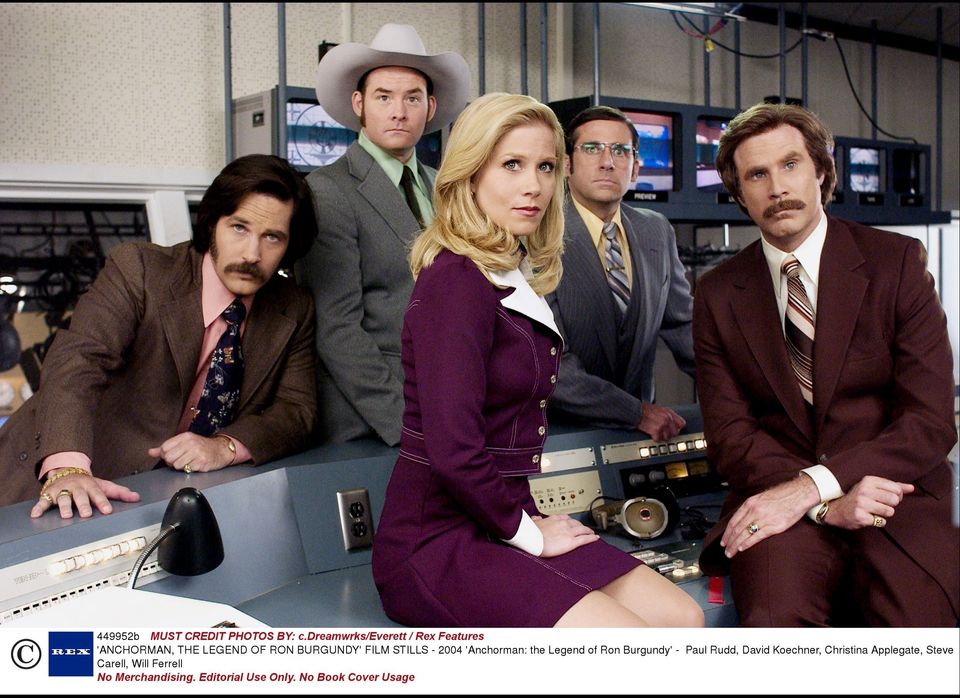 1 / 20
Anchorman Quotes
"I don't know how to put this but I'm kind of a big deal. People know me. I'm very important. I have many leather-bound books and my apartment smells of rich mahogany."
Rex