Could the juxtaposition of immortality and the transience of human life run through a graveyard? I was tempted to embrace such a philosophical riddle when I saw the wave equation, considered to be one of the most famous equations in modern scientific history, displayed at the grave of physicist Erwin Schrödinger in Tirol, Austria.

Do mathematical equations, as Platonism suggests, represent timeless truths about reality? The reverberations of this age-old debate are still heard in contemporary mathematical and philosophical circles. Whatever be the inference of such deliberations, no one can deny the immortal nature of an of an equation if they ever had caught a glimpse of Schrödinger's gravesite.

We don't need any introduction to recognize the famous physics equations such as F=ma or E=mc^2. However, the Schrödinger wave equation, though more central to the modern physics than these equations, is less popular and definitely more abstract.

Look at Newton's Second Law of motion represented by the equation F=ma, where F is force, m is mass and a is acceleration. In classical physics, this simple and powerful equation describes everything that one needs to know about a physical system in terms of its motion.

To make matters worse, experiments in the late 1920s confirmed the wave-like nature of these particles. At this point, we could suspend our instinct to know more about the wave like nature of particles for the sake of completing the discussion on Schrödinger equation.

The following equation, discovered in 1926 by Schrödinger, represents evolution of quantum mechanical systems such as electrons for which he shared the Nobel Prize in 1933 with physicist Paul Dirac. 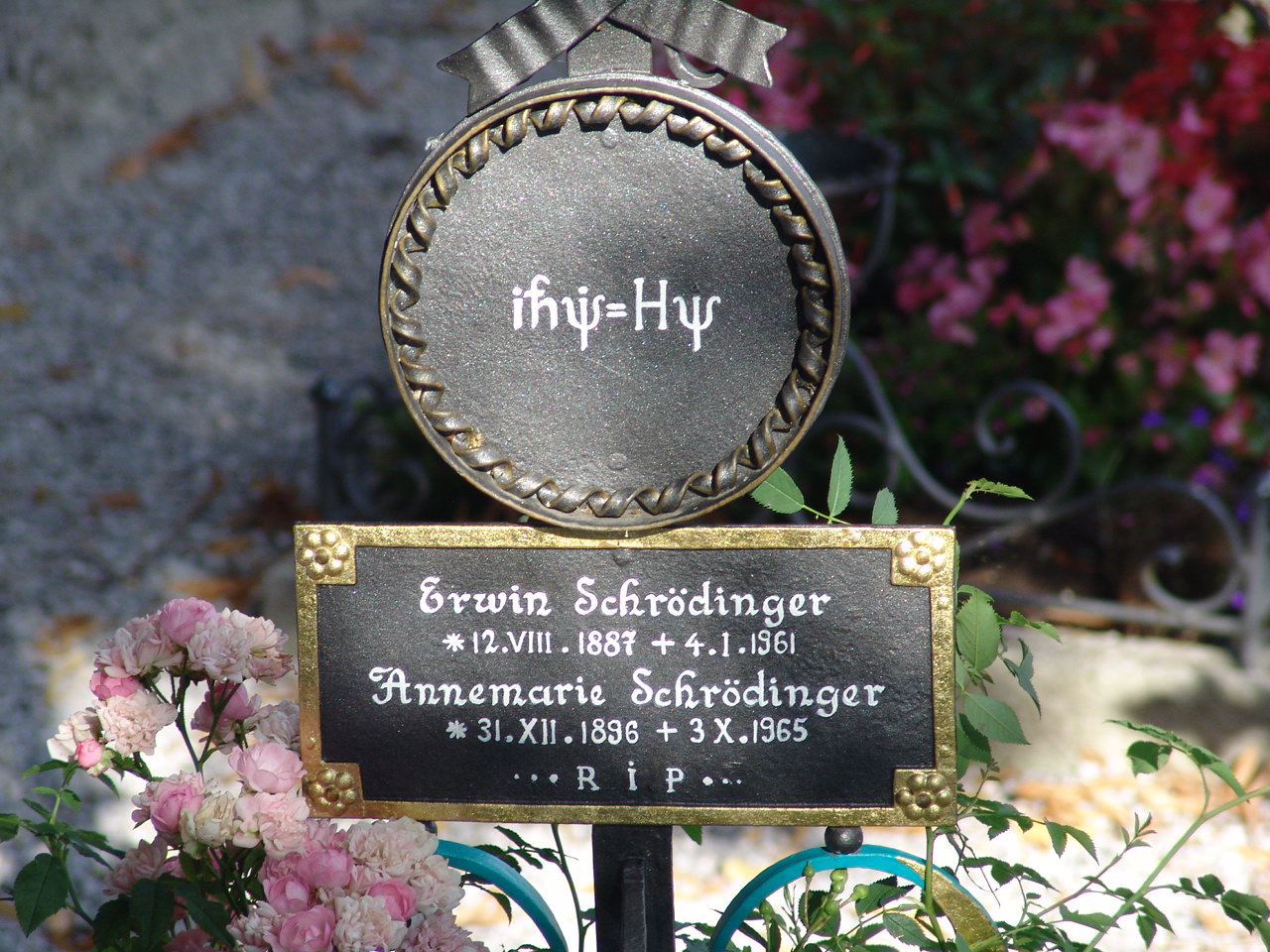 Apparently, this equation is a combination of strange symbols. To describe briefly, i is the imaginary unit, ħ is the reduced Planck constant, Ψ (Psi) is the wave function of the quantum system, and H (hat) is the Hamiltonian operator. Surprisingly, the science behind flash drives, atomic clocks, lasers, solar cells, and X-ray machines are somehow reliant on this equation.

The "wave function" represented by the Greek letter ψ (Psi) is the solution to this equation. The physical interpretation of wave function has always been contentious. In fact, the solution of this equation helps us to find the probability of outcomes if the initial conditions of a system are known.

Contrary to popular belief, Schrödinger himself never derived the equation and it is one of the most ontologically vague chapters in science history. It has been assumed that Schrödinger played with equations until he found something which worked.

"Where did we get that [Schrödinger equation] from? It's not possible to derive it from anything you know. It came out of the mind of Schrödinger," physicist Richard Feynman remarked in his Lectures on Physics.

I do not know whether equations vanish in mathematical wilderness or survive and thrive forever. Yet, the Schrodinger equation is a testament to the triumph of mathematical equations over the transitory human life. No wonder many physicists consider this equation as the Mona Lisa of physics, a portrait that displays a mysterious state-the superposition of joy and grief.