The year is only 23 days old, but it may already have its worst movie. We give you "Mortdecai," the "psychotically unfunny" anti-comedy starring Johnny Depp. Here's a visualization of what its like to sit through the 107-minute film:

Needless to say, critics haven't been kind. "Mortdecai" currently sports a 10-percent rating on Rotten Tomatoes, a mark that would have placed it among the 10 worst-reviewed movies of 2014. Ahead, the nine most scathing reviews of "Mortdecai."

1. "The badness settled over the audience like nuclear ash." -- David Edelstein, New York

4. "'Mortdecai' might as well be called 'The Johnny Depp Movie,' because its preening star, wearing an ascot and a walrus mustache that becomes a tiresome running joke, is the whole show. And what a frantically dull spectacle this vanity project is." -- Stephen Holden, New York Times

5. "'Mortdecai' is mortdifying, a mortdal sin of a movie that's headed for the cinematic mortduary." -- Kyle Smith, New York Post

6. "This charmless farce ends up as another black mark on Depp's recent track record of patchy pet projects." -- Stephen Dalton, The Hollywood Reporter

7. "Johnny Depp has done so much for us. Let us now return the favor and pretend 'Mortdecai,' a disastrously misjudged career low, never existed." -- Elizabeth Weitzman, New York Daily News

8. "Like the film as a whole, [Depp's] performance is such a spectacular miscalculation that it begins to generate a strange fascination in that you almost want to keep watching just to see how much worse it can possibly get before it finally comes to a merciful and long-overdue conclusion." -- Peter Sobczynski, RogerEbert.com

'Mortdecai' Might Be 2015's Worst Movie
A cool Johnny Depp 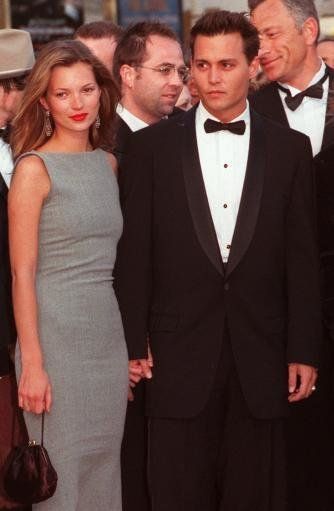