Moscow: The capital of the Motherland. It's the largest easternmost city on the European continent and is anything but modest about its historical or symbolical significance.

From marble statues in the metro to the high cosmopolitan restaurants, Moscow is constantly showing off its majesty. The Russian parliament sits in Moscow and the city also serves as the capital of the Eastern Orthodox religion in the country, dubbing the city "The Third Rome."

The city was destined to become a capital from the very first days it was ruled by its first Grand Prince, Daniel I. The ambitious, first ruling monarch of the-then small principality knew the potential of Moscow because of its key location at the crossroads of some of Russia's major rivers. The city's rivers were so important to its development that the city is named after its most prominent one: The Moskva. Under the devoted rule of the princes of Moscow, the principality grew into the political centre and religious capital of the country that it is today. 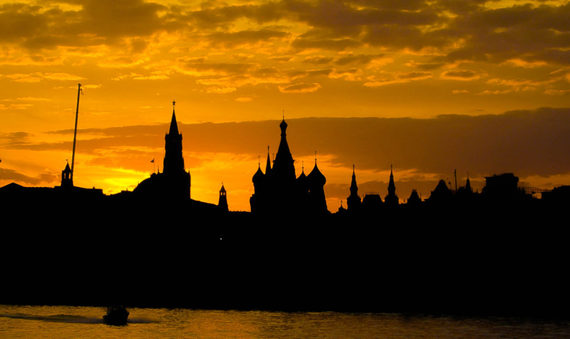 The princes of Moscow were replaced when Ivan IV, more famously known as Ivan the Terrible, proclaimed himself Tsar of Russia. He commissioned the construction of the city's most famous church, St. Basil's Cathedral, after defeating the Mongols in a military victory at Kazan. In 1712, under the rule of Peter the Great, the city of St. Petersburg was built and renamed the capital of Russia until the Bolshevik Revolutions of 1917. Moscow became the capital of the Soviet Union from 1918 until its capitulation in 1991.

The history of Moscow lives through the diverse architecture, from the vibrantly painted churches decorated with golden domes to the distinguished stalinist high rises. When the picturesque but bitter winter ends and melts into spring, join the many Muscovites who will spend their days relaxing in the city's vast, green parks. In this lush, vibrant city, there's always something to excite a travellers' spirit for adventure.

Here's a list of our top 5 things to see in Moscow:

All that is Moscow originates from Red Square. Arguably the most famous square in Europe, it is the symbolic jewel and spiritual centre of Moscow. The iconic St. Basil's Cathedral, the tall red walls of the Kremlin and the mausoleum of Lenin - where his body rests for the public to see - are all in sight. Every journey begins and ends here in Moscow. 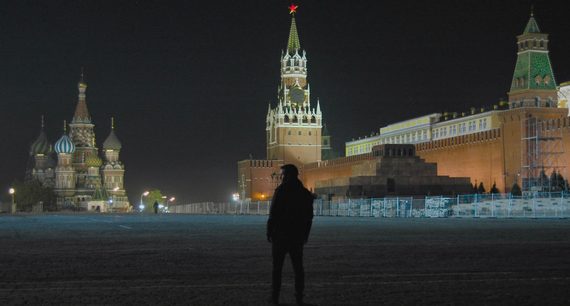 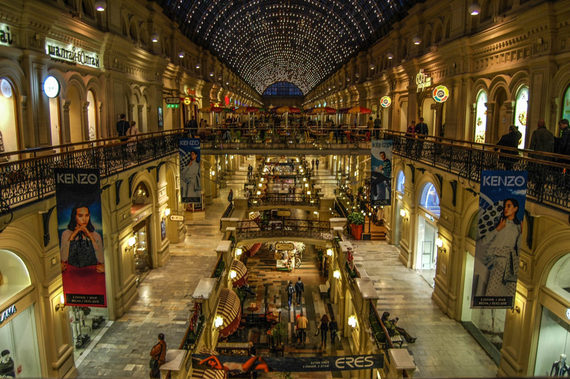 The luxurious department store was open in 1892 as a shopping centre for Moscow's elitist population and was temporarily a government building under Stalin's rule. You'll need a hefty wallet to shop in the 200 posh stores, but walking through is free and a treat for curious eyes. 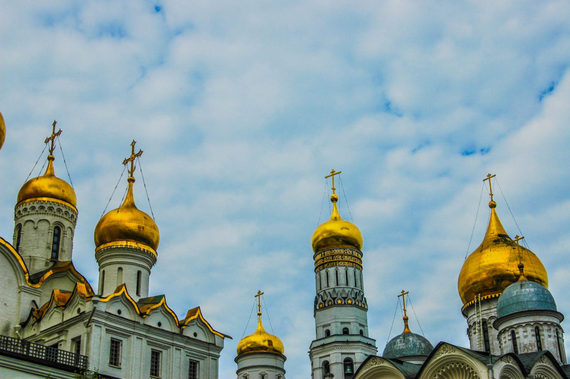 The fortified medieval complex and residence of President Vladimir Putin. At its centre are also four cathedrals that serve as the burial grounds for some of Russia's most prominent political figures, such as Ivan the Terrible. 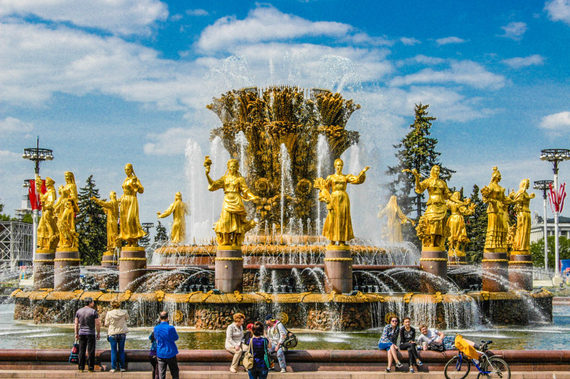 This permanent exhibition and amusement park was built with the purpose of glorifying the communist ideology. Huge displays of Soviet architecture and monuments can be found in this city-within-a-city, including the famous Friendship of the Peoples Fountain - 16 gold statues, each representing a former Soviet republic.

5) Cathedral of Christ the Saviour 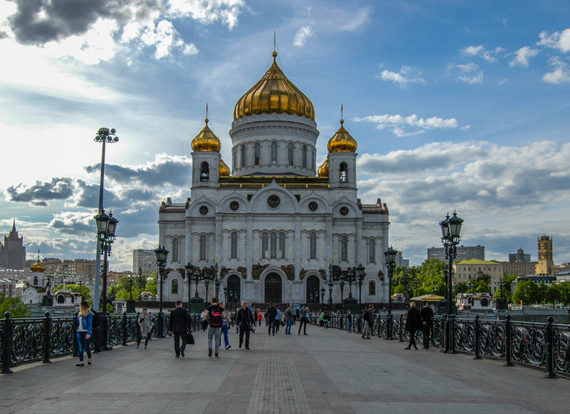 The cathedral is the tallest Orthodox Christian church in the world and suitably so due to the city's religious importance. Stalin ordered the church demolished when the Soviet government issued state atheism. It was rebuilt in 2000, nearly 70 years later. 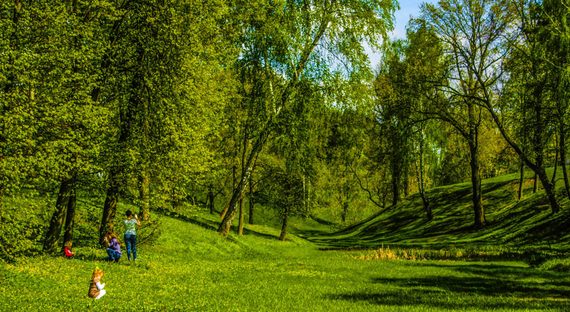 In south Moscow and on the grounds of the former grand palace of Catherine the Great, the park starkly contrasts with the heavily urbanized city. There's so much greenery that you'll forget you're in a metropolis.

The new shopping mall, which is Europe's largest, isn't in the centre of Moscow. All the reason is that the owners simply had no space! The mall is off the beaten track and currently isn't too well-known of a tourist destination, but the place is just like the city it's in: big. There's a 5-story aquarium and even a skating rink at the food court. 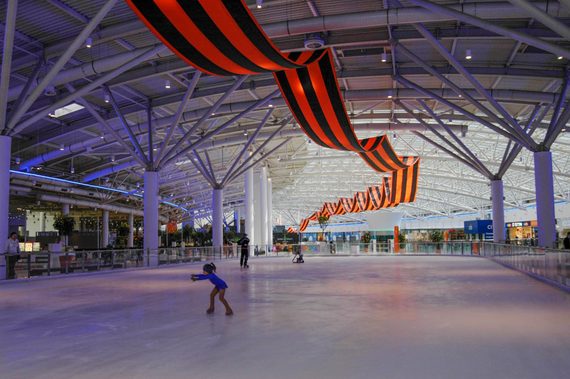 "Little" is deceiving. This fast food chain, located at kiosks across Moscow, provides the heartiest baked potato in the city. Customize your baked potato with ham and cheese, bacon or caviar. Try the olivie salad on top - Russia's traditional potato salad. 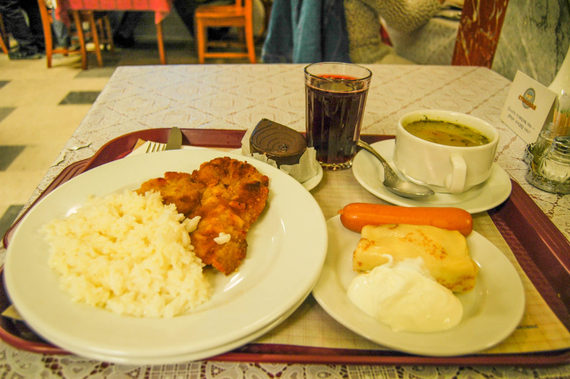 A local favourite in GUM that shouldn't be missed for those obsessed with everything retro. This self-service Soviet style cafe offers traditional foods, such as dumplings. Prices for a three-course meal are far from outrageous - just like in the Soviet cafes and how students like it.

The antique restaurant located in a former baroque mansion is as much a feast for the eyes as it is for your taste buds. Don't worry if your schedule is tight - you can dine here like a Russian aristocrat any time of day. It's open 24 hours! 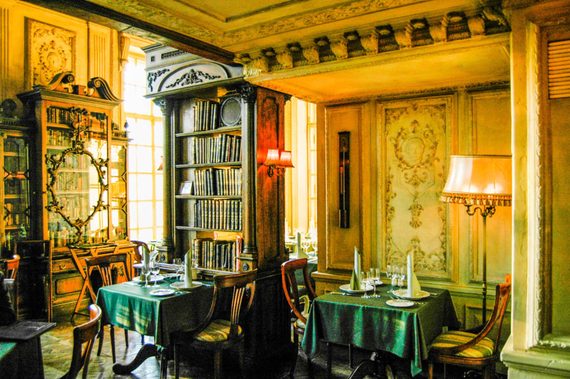 Enjoy a day out at Gorky Park across the bridge from the Kremlin. Thousands of locals flock here and you could have a picnic or go to one of its many outdoor cafes. There are student discounts at St. Basil's Cathedral that cut regular admission price by 2/3. Some attractions require an ISIC card for discounts, such as the Kremlin.

At night, this famous Russian street is overwhelmed by street artists, live music and elegant bars. Try the Bard Cafe - it's an old trolley bus that's been turned into a live music bar. 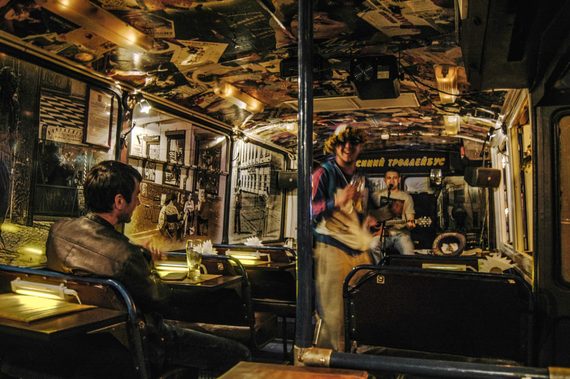 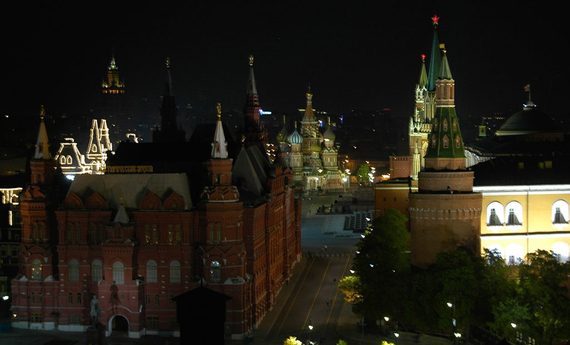 This luxurious hotel offers the best views of Red Square and the Kremlin at night from its rooftop bar, the O2 Lounge. You don't need to be a guest to enjoy cocktails over the city skyline. 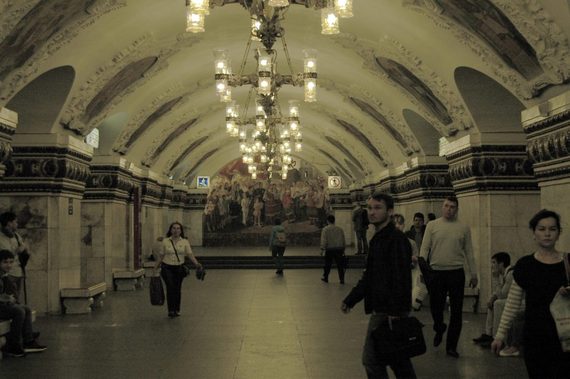 One of the highlights of the Moscow experience is the metro and it's the most popular mode of public transportation in the city. Nearly a quarter of its 200 stations are cultural heritage sights. Trains come every couple of minutes until 1:00am and are even equipped with the convenience of Wifi. Trams and busses are also an option for shorter distances. Tickets can be purchased cheaply at all metro stations.

Those heading home after a late night can take a taxi, which is cheap for short distances.

Russians use the cyrillic alphabet and, despite the popularity of the city, very few Russians speak English as a second language. Learning the basics of Russian will be appreciated by locals.

Moscow's biggest holidays are New Year's and Victory Day, on May 9 (the celebration of the Soviet victory over Nazi Germany). Expect major road closures in the days before and after these dates. Also expect the closure of major tourist sites, especially Red Square.