In the decade since 9/11, American Muslims and mosques have come under a close lens, from congressional hearings on radicalization to campaigns against mosque construction projects and anti-Sharia legislation proposals in dozens of states.

Despite such difficulties, a comprehensive survey of American mosque leaders released Wednesday reveals that the number of mosques in the country has grown tremendously, with more than 900 new centers being established since 2000. Another finding from the survey reveals that compared to the turn of the millennium, fewer Muslims see America as "hostile" to Islam today.

The nation's largest Islamic groups, including the Council on American-Islamic Relations, the Islamic Society of North America and the Islamic Circle of America released the survey that asked hundreds of mosque leaders about the demographics and theological and political leanings of their congregation.

Researchers counted 2,106 mosques in the United States, mostly located in or around big cities, with New York state and California alone having 503 mosques. As more Americans have moved to the suburbs, so has the growth of new mosques. While many mosques have historically been established by South Asian immigrants, the study found that newer immigrant groups such as Somalis, Iraqis, West Africans and Bosnians have began to establish their own mosques since 2000.

"The continued growth of the community is amazing," said Ihsan Bagby, a professor of Islamic studies at the University of Kentucky who was the primary researcher of the study. Bagby, who is Muslim, did similar surveys of mosques in 1994 and 2000. "It's remarkable the amount of mosques that have been built in the last 10 years. It's kind of counter-intuitive to factors working against them."

Bagby, who worked with researchers from Hartford Seminary and the Hartford Institute for Religion Research, counted Sunni and Shiite mosques, which represent the two main Islamic denominations; leaving out smaller groups, such as the Nation of Islam, Moorish Science Temple, Isma’ili and Ahmadiyya centers. Many Muslim groups, such as those on university campuses, do not have permanent spaces, so only those with a physical building or permanent room that they control were counted. Mosques also had to hold services on Fridays, the main Islamic congregational prayer day, to be counted.

More than 98 percent of mosque leaders, which includes imams or heads of operating boards, said in the survey that Muslims should be involved in American society, while 91 percent said that Muslims should be involved in politics. The survey also found that 87 percent of mosque leaders disagree that radicalism is increasing among young Muslims. Six percent agreed that it was increasing.

Researchers also asked about how Muslim leaders approach their religion. The majority -- 56 percent -- said they believe in a flexible interpretation of the Quran and the Sunnah (the way the Islamic prophet Muhammad practiced the religion) that isn't always literal and takes into account modern life.

Bagby's previous survey, conducted a year before 9/11, found that a majority of mosque leaders -- 54 percent -- thought America was hostile toward Islam. Today, a quarter of those surveyed said they feel that way.

The survey was done via phone in English with a sample of more than 500 mosques from across the country and based on self-reporting from mosque leaders. The margin of error was plus or minus 5 percent. It's the first of several surveys Bagby will release through the summer. The others will look at the role of women in mosques, the role of imam's at mosques, and educational and social programs offered at mosques.

The survey results are meant for a broad audience, but Bagby says he hopes Muslims will gain insight from them, especially the upcoming surveys.

"The ultimate goal is to bring some introspection and understanding so mosque leaders can improve mosque life," he said.

See What States Have The Most And Least Mosques

PHOTO GALLERY
Cities With Most Mosques

Islam In America: Mosques See Dramatic Increase In Just Over A Decade, According To Muslim Survey
Cities With Most Mosques 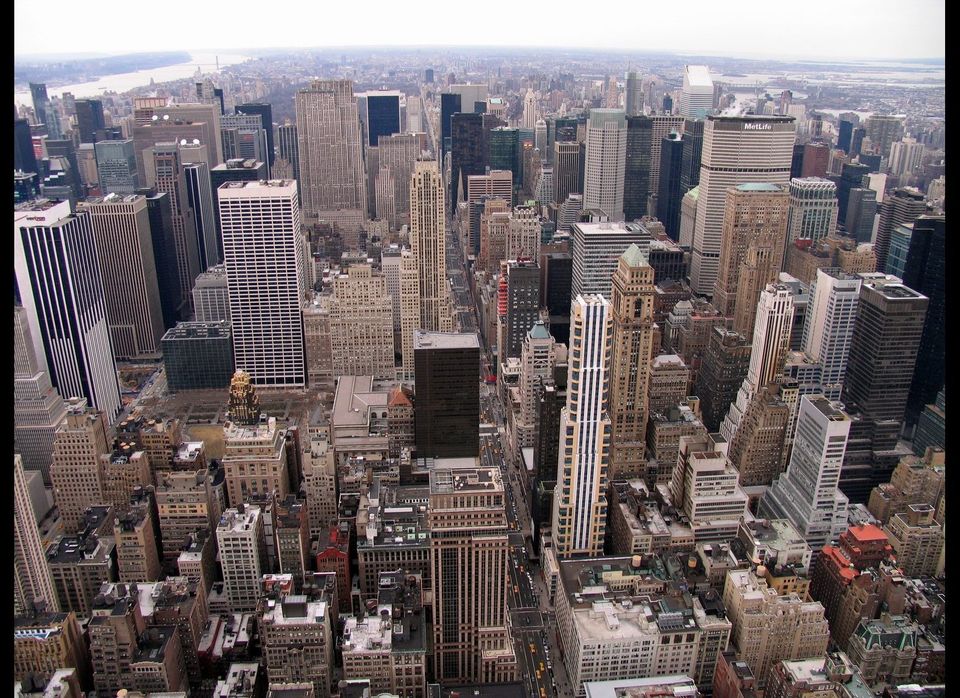