If you're reading this, odds are that your life has been transformed by the magic of invention. The reality is, though, that most of us didn't really need our lives transformed. In contrast, those who stand to benefit most from invention get the least amount of attention from the world's innovators. While businesses focus on new tools and toys for the rich, billions of people live on less than two dollars a day and fight against diseases long forgotten in wealthier parts of the world. These are the people who need their lives transformed, so why not apply some of the same magic that transformed ours?

That's the idea behind my company's humanitarian work with Bill Gates, which I discussed in my 2010 TED talk. We're not the first to apply first-world technology to developing world problems, but we think we have something special to contribute as a company dedicated to invention. We apply all of the same brain power and capabilities used in our for-profit invention work and focus them on inventions to improve life in developing countries.

Since my talk in 2010, we've expanded our work under what we now call Global Good. It's still early in the process, but initial results are promising for our hypothesis that the life-saving power of technology and invention isn't exclusive to wealthy parts of the world.

Even still, we've encountered our share of skeptics since that 2010 talk, many of whom argue that the technology industry's approach to problems can't work in developing countries. As evidence, they point to well-meaning but ill-fated inventions that now litter impoverished regions like Sub-Saharan Africa. It's a compelling argument, but I have a pile of e-readers from the 1990s that make an equally strong argument that Amazon should never have invested in the Kindle. For that matter, Thomas Edison had a garbage can full of burnt filaments that argued against the feasibility of a longer-lasting light bulb.

The point is, invention is an inherently risky thing. For every idea that works, there are dozens of others that fail at the same task. It's equally true in wealthy countries as it is in poor countries. Those failures aren't an argument against inventions to help the world's poor; they're an argument for more inventions to help them. Most of the inventions will fail, but even those failures will unlock new insights. Along the way, ideas that do pan out could transform life for millions of people who need it. 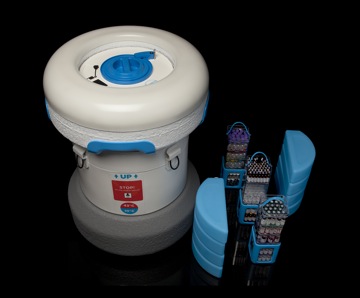 Don't get me wrong. I'm not saying that all crazy ideas to save world are created equal. Unfortunately, there's no magic approach to separate the bad crazy ideas from the good crazy ideas, but the good ones do have a few distinguishing characteristics that help us improve our success rate.

First, the invention has to be applicable, meaning that technology for technology's sake won't cut it. This requires inventors to have an intimate knowledge of the problem they're trying to solve, the context in which it exists, and the people it affects. Second, it needs to be both affordable and accessible, because even the most powerful invention doesn't matter if it can't get to the people who need it. Technology for developing countries can be all of these things -- applicable, affordable, and accessible. Together, this combination is a recipe for the ultimate measure of success -- impact. 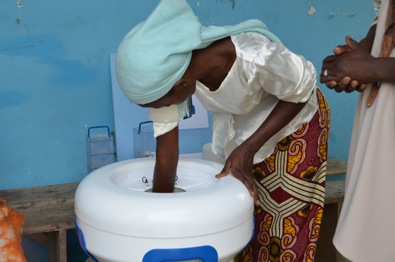 The vaccine storage unit in use in Senegal. Photo credit: Kurt Armbruster.

Following those basic principles, we're making good progress with our Global Good work. Our disease modeling software now informs eradication strategies around the world and our vaccine storage device will be commercialized next year after a recent round of successful field trials in Africa. I can't say for certain whether the acclaimed photonic fence will ever zap mosquitoes in developing countries, but it's turned out to be an invaluable research tool and, equally important, it's brought a new level of attention and imagination to the fight against malaria. Likewise for our malaria diagnostics work, which hit some roadblocks but also unlocked promising new avenues to explore. 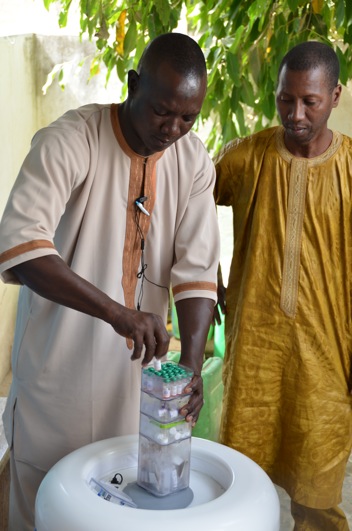 The vaccine storage unit in use in Senegal. Photo credit: Kurt Armbruster.

So, to the critics who say we'll fail, I offer this: You're absolutely right. But that's part of being an inventor. What's more important is that we learn, keep trying and make sure our successful inventions have a meaningful impact. At worst, we'll get people thinking about important problems in new ways. At best, we'll invent technology that transforms life for the people who need it most and, in the process, inspire more technology companies to work their magic for the developing world. Either way, I'd consider that a success.