Not much has been left to the imagination in the assassination of Hamas commander Mahmoud al-Mabhouh in Dubai on January 19. The entire operation has unfolded on closed circuit television cameras in front of millions of viewers across the globe, just like an episode from a reality show. Pictures of the perpetrators, all 27 of them, have been plastered all over the web. Dubai Police Chief Dhahi Khalfan Tamim has on more than one occasion declared to the media that he was all but 100% certain that the hit on al-Mabhouh had all the markings of the Mossad on it. He recently said that his men had obtained the DNA of part of the members of the hit squad and vowed to resign from his post if this claim proves to be false. 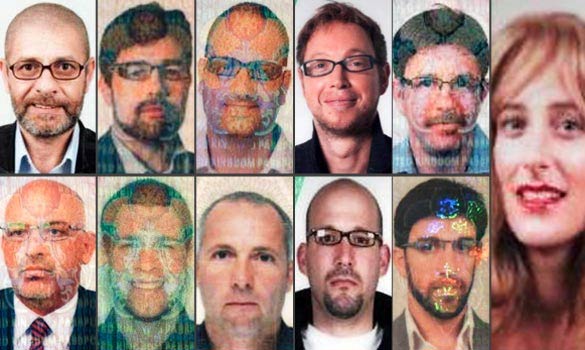 "I challenge Israel to bring the suspects there in order to undergo a DNA test and compare them with the samples we have," he said in an interview to the UAE-based al-Khaleej newspaper.

"If it turns out that the results do not match, I will resign. You can lie about anything, but not about DNA," he added.

The assassination of al-Mabhouh has thrown an unwanted spotlight on the workings of Mossad and its specially trained assassination team, known as a kidon, the Hebrew word for bayonet, something that the Israeli government had not bargained for when the approval to conduct such an operation came directly from the top: Prime Minister Benjamin Netanyahu. Incidentally, it was also during Mr. Netanyahu's first term as prime minister in 1997 when a kidon unit of the Mossad bungled the attempted assassination of Khalid Mish'al, the current leader of Hamas, in the streets of Amman in Jordan by injecting a mysterious poison into his ear.

The use of forged European passports by Mossad agents entering Dubai to assassinate al-Mabhouh has kicked up a diplomatic storm in recent days. The EU issued a strong condemnation of the stolen IDs, indirectly criticizing Israel. Israeli ambassadors in Britain, Ireland, France, Australia and Germany have been called in to discuss the issue, and Israel's Foreign Minister Avigdor Lieberman has been given an earful by many of his counterparts. But were the Israeli dual nationals whose foreign passports were allegedly forged unaware that their identities were stolen by the Mossad? Or were they acting as sayanim, the Hebrew word for helpers, whom the Mossad relies on across the globe to provide shelter, money, and logistical support... in this case identity. A sayan, singular for sayanim, must be 100% Jewish, and in many cases a dual national.

Also, why was not a single agent out of the 27 identified to be holders of foreign passports a US passport holder?

Israel has a large number of dual-national Jewish-Americans living in the country, many of whom serve in the Israeli military and various government related jobs. Was this deliberate so as not to draw the wrath of the United States? Or was it simply that this operation was coordinated with the CIA?

A sayan in the US?

According to Dubai's Chief of Police, the MasterCards used by some of the assassins were branded by US-based Meta Bank, but issued by another small company called Payoneer. The company specializes in prepaid debit cards that can be used as credit card alternatives for online shoppers. Payoneer, which is registered in the US, has most of its employees based in Petah Tikva, Israel and is headed by Yuval Tal, who in a 2006 Fox News interview was identified as a former member of the Israeli Special Forces. Is there a relationship between Mr. Tal and the Mossad?

Many of these questions can be easily answered by the US government, but then again the term sayan has a much broader meaning when it comes to Israel and the United States.

More updates on Mosaic: World News from the Middle East.