The hype at Web Summit was as thick as the fog that delayed flights into Dublin Airport last month at the Earth's largest gathering of startups.

"Kookiness" after all, is endemic to innovation, which requires thought exercises that make possible what seems implausible. So even the loopiest-sounding statements gained credibility upon further examination. Deem it the "Stockholm syndrome," "virtuous circle" or "skeptics conversion" of innovative thought.

Here are the most absurd and insightful statements made at Web Summit 2015:

1.) "We need a campaign against killer sex robots." 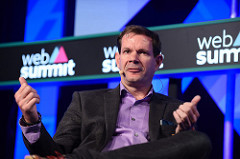 -Jim Hunter, chief scientist at Greenwave Systems, which makes software that helps turn the house lights on when a smartphone comes within range of a home.

But True Companion's Douglas Hines offers what he claims are the world's first amorous androids: Roxxxy and Rocky, for $6,995 each, not including shipping.

And Kathleen Richardson, senior research fellow in the ethics of robotics at De Monfort University, heads up the Campaign Against Sex Robots. Human-robot coitus, Richardson posits, is the first slippery step on the slope to dehumanized oblivion.

This talk, however, belies a deeper debate going on in science, in which "roboticists" are trying to inspire discussion of how to imbue robots with a set of human ethical and moral decision-making skills as they take over tasks we previously performed. While programming robots to run on "moral algorithms" seems sensible as well as simple, it's difficult to devise algorithms that adhere to our moral standards across many different scenarios.

How, for instance, should an autonomously driven car react when forced to deal with a crash situation in which the only choice is between hitting a crowd of people or killing the vehicle's passengers by swerving into a wall? Should the robot be programmed to choose based on number or age of people; the criminal records or employment history of those involved? What if the only choice is between hitting two crowds of pedestrians? And where, or on whom, does the legal liability fall in these situations? And who gets to choose what path the car takes when faced with such dilemmas: Lawmakers? Car manufacturers? Individual drivers?

2.) "We'll evolve into a new species; if we create devices so intelligent they'll anticipate our every need..." 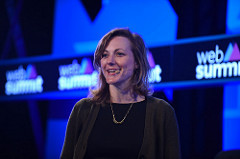 Ridiculous, because it takes thousands of years for noticeable, evolutionary change to occur in most mammals.

But artificial intelligence (AI) will indeed be applied so we discover new solutions quicker than ever before. And though we may not grow a third hand to toggle yet another keyboard any time soon, super-intelligent machines will eventually allow us to upgrade as a species. That's because, if thinking machines can be made to keep us alive and healthy regardless of circumstance, either through implanting synthetic materials in us, "cyborg-style," or by catalyzing growth of superior tissues, AIs could hack evolution, making it - and the typically glacial pace it takes to improve our species - irrelevant.

That, of course, assumes these intelligent robots - if built to autonomously think - will consider us worthy of improving or saving.

What of ourselves, by the way, will we be saving? We'll surely rely on some type of hardware and software "to run" in the not too distant future. So where does our humanity end and the machine begin in such cyborgs? What if our brains are remade primarily of synthetic material? What then preserves our species? Is it our individual, human DNA stored in vials and implanted in robots' heads? Aren't humans obsolete, once synthetic machinery supplants our organic brains in capability?

The answers depend on one's philosophical or spiritual leanings, regarding how one defines consciousness, memory and intelligence.

And what are the odds we can control super smart, perhaps militarized AIs, particularly given our ability to barely curtail the spread of nuclear weapons and terrorism? If past performance is any indication, we have a lot to worry about.

3.) In 10 years: "The dollar, the yen, the euro will go the way of all other paper currencies - into oblivion - and we'll have crypto and gold and silver." 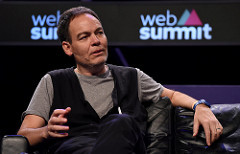 Ridiculous: Paper currencies will survive - just like gold has - for centuries to come: Cash is irresistible because it's universally accepted and instantly exchangeable for goods and services. And the value placed on this fungible quality of cash will only grow, especially as digital cryptocurrencies are made more secure, track-able and acceptable, partly for the same reason black market users were initially attracted to Bitcoin: Cash makes "off-the-books" payments easy. And while it's not as lightweight as digital payments, it's way more portable than gold. So paper money is a currency juggernaut that will take much longer than a decade to dismantle.

But digital cryptocurrencies will be used alongside traditional payments because of the convenience, speed and security they offer transactions. Even central banks and Wall Street now view blockchain - the decentralized, digital accounting and tracking method that underpins Bitcoin - as fundamentally changing finance by enabling anyone anywhere to transact directly, accurately and securely. 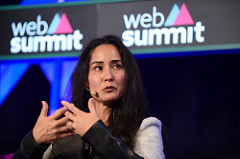 -Cynthia Breazeal, the director of the personal robots group at MIT, and inventor of the world's first social robot, Kismet

Seems unwise. But tests have shown drivers in car simulators equipped with these in-dash robots operated their vehicles safer than those without them.

Voice-activated and smartphone-powered, the affective intelligent driving agent, or "AIDA," plays the role of concierge. Using a smartphone's map and calendar to determine the driver will be late for a meeting, AIDA offers to text waiting colleagues, so the driver can relax and focus more on safely operating the vehicle.