Click through the slideshow to see most and least Mormon states in the United States:

Most and Least Mormon States

More than 6.1 million Mormon adherents and 13,601 congregations were reported in 1,873 counties. The largest concentration of Mormons in the United States is in the mountain region of the West where more than 5 percent of the population identified as a Mormon. The smallest concentration of Mormons were found in the Northeast and pockets in the South. 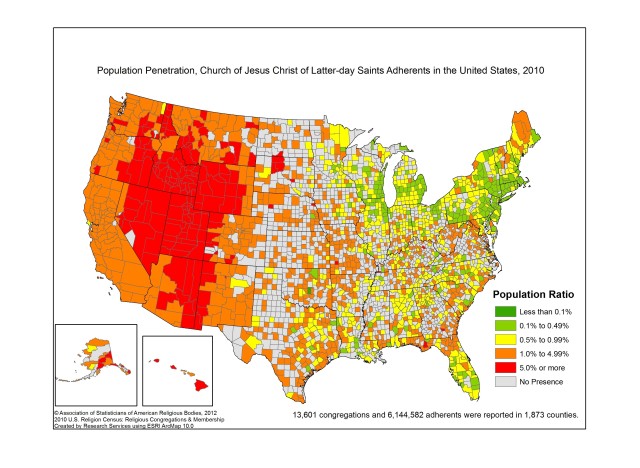 Similarly, the most dense concentration of Mormon congregations is found in the Western region of the country. In stark contrast, the Midwest, most of the South and Northeast reported very few to almost zero congregations. 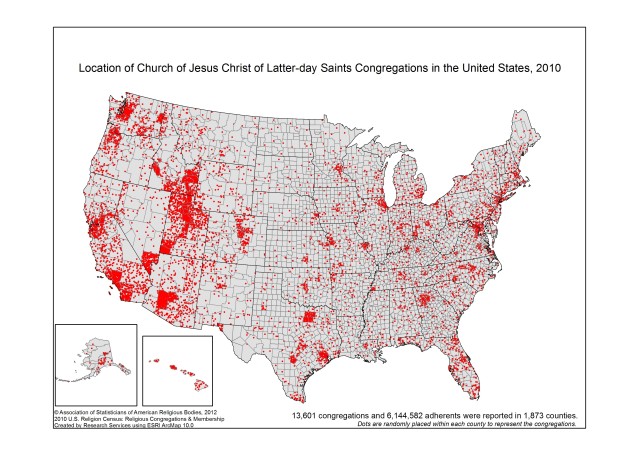 As the map below shows, compared to the year 2000, most of the West reported minor change in percentage of Mormon adherents. Many regions in the South and Midwest reported major gains in Mormon population in some counties, and major losses in others. 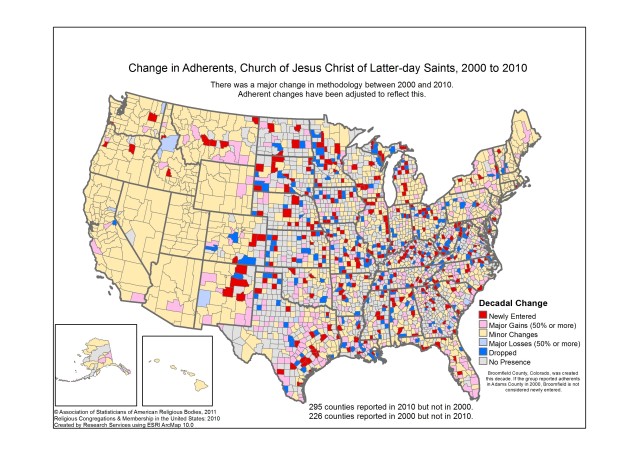