Most and Least Muslim States in America

More than 2.6 million Muslim adherents and 2,106 congregations were reported in 592 congregations across the country. The researchers define adherents to be those with an affiliation to a congregation including children, members and attendees who are not members, and believe that the adherent measure is the most complete and comparable across religious groups. Congregations are defined as groups of people who meet regularly at a pre-announced time and location.

As illustrated in the map below, cities where more than 1 percent identified as a Muslim adherent were in the deep South, parts of the Midwest and Northeast. 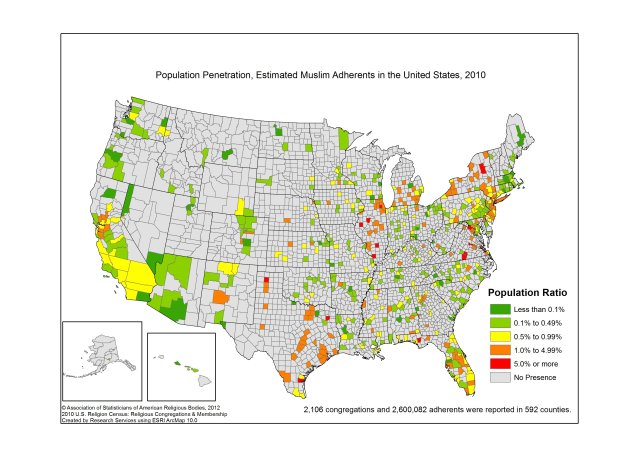 As the map below shows, over the last 10 years Muslim communities across the United States have seen tremendous growth. 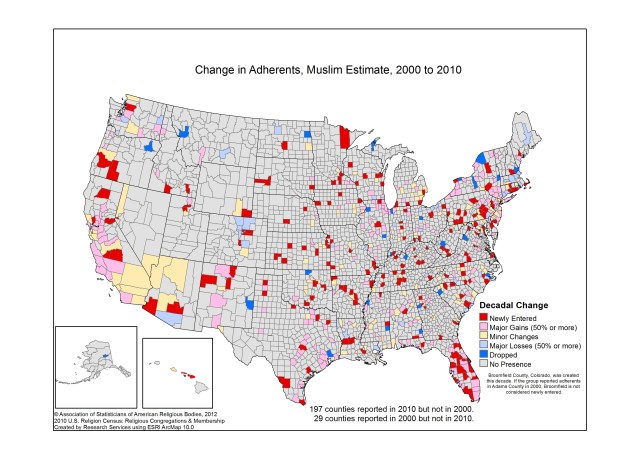 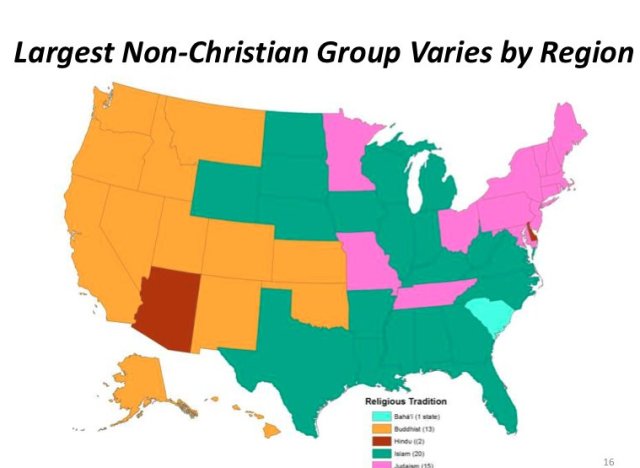 Most and least religious states (Gallup)