If u ever needed, like, proof that the English language is f--ked, ya need look no further than this chart thang.

Put together by David Taylor of Prooffreader, the chart below denotes the most common words used in the titles of songs that ranked on Billboard per decade, from 1890 to 2014: 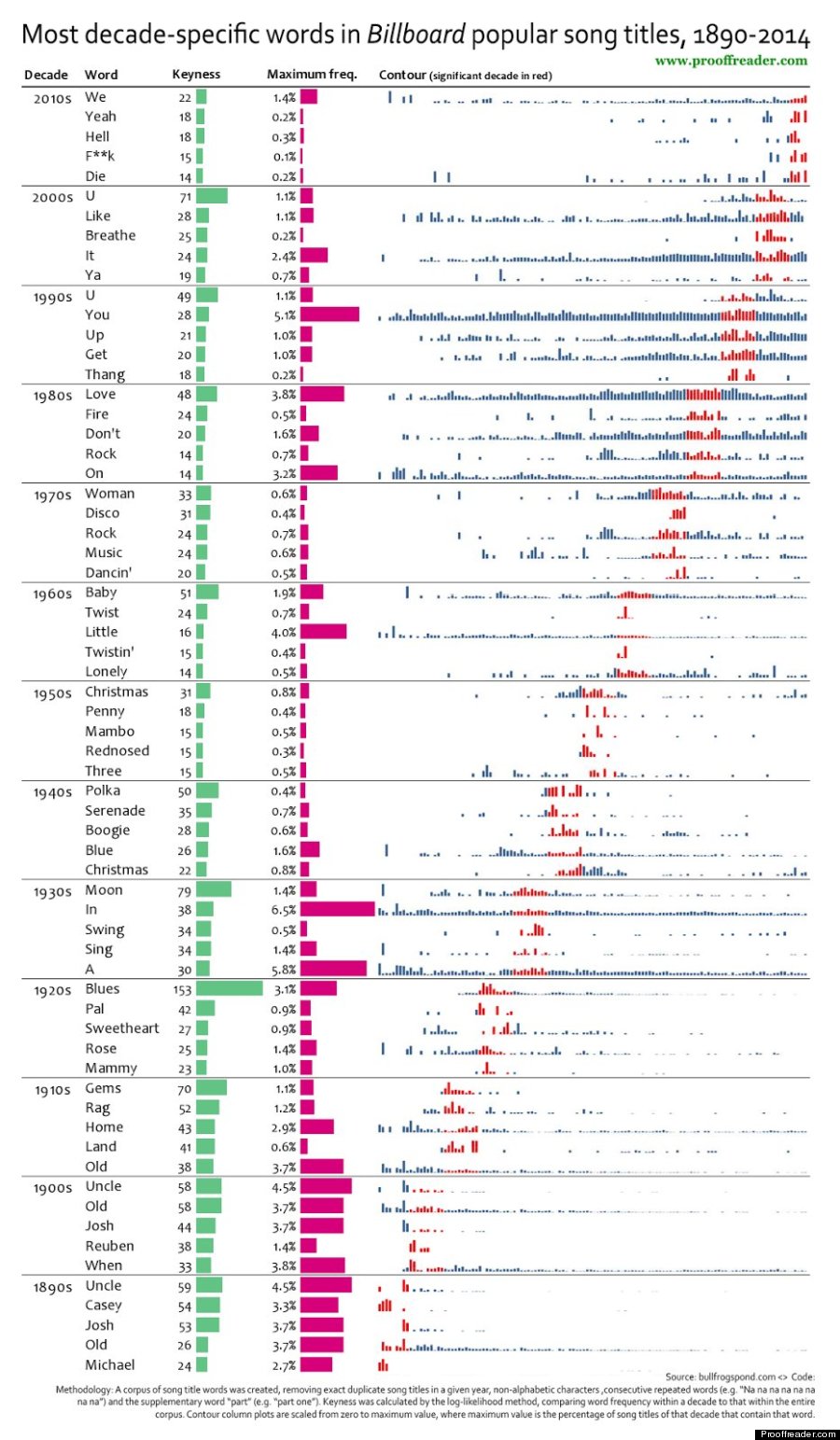 For more information on how David Taylor put together the chart, and for further insight into the data, head over to Prooffreader.