At a community meeting in a Lutheran church earlier this year, Detroit Mayor Dave Bing got an earful about his city’s distressingly high crime rate. The heckling started with members of his own police force.

What could the mayor say? The best crime news out of Detroit these days is that the rate of violent crimes – murder, rape, robbery and aggravated assault – fell 10 percent last year to 2,137 per 100,000 residents. That’s still more than five times the national average and more than enough to make Detroit America’s Most Dangerous City for the fourth year in a row.

For the full list of America's Most Dangerous Cities go to Forbes.

To construct the list, we ranked U.S. cities with a population over 200,000 according to their violent crime rate as reported by the FBI’s Uniform Crime Reports database. These preliminary 2011 statistics come with more caveats than the black-box warning on a dangerous chemotherapy agent, and the FBI says they shouldn’t be used to compare one city with another. Differences in police reporting standards, urban borders and economics can make it tricky to compare densely populated Detroit, say, with sprawling Houston. We used cities instead of larger metropolitan statistical areas, which gave the disadvantage to older cities with tighter boundaries.

But consistency also means something, and the Top 10 cities on this list all display a lot of consistency both in their stubborn crime rates and their ranking on individual crimes like murder and rape. No. 2 St. Louis, for example, ranks fourth nationwide in murders, fifth in robberies and third in violent assaults. Detroit has lost more than 200,000 residents since 2001, yet it racked up 344 murders last year, compared with 395 a decade ago. The Motor City’s murder rate is second only to New Orleans among cities over 200,000 population (Flint, Mich. narrowly beats Detroit among all cities, with a murder rate of 52 per 100,000). Higher rates of other violent crimes put it at the top of the list.

Academic crime specialists also agree the statistics shouldn’t be used to compare cities, said John Roman, a senior fellow at the Urban Institute who also teaches criminology at the University of Pennsylvania. The local police department may slack off on reporting certain crimes, he said, “and suddenly the place got a whole lot safer.” Yet the statistics don’t lie when it comes to cities like Detroit and Flint, he added.

“The big takeaway is cities tend to stay where they are,” Roman said. “They tend not to move up and down in the rankings a lot over time.”

Detroit police acknowledge their city is a dangerous place — especially if you are a young gang member. Most homicides are “between known perpetrator and known victims,” said Inspector Charles Wilson, a spokesman for the 2,500-officer police force. “These aren’t random acts of violence. Instead of resolving conflict in a humane manner they resort to guns.”

Detroit’s shrinking population and industrial tax base have put severe pressure on the police department, which lost another 200 officers last year due to budget cuts. Wilson said the department is making the most of what it has by pulling uniformed officers off of administrative tasks and coordinating with state and federal agencies, including the FBI, to try and control gang violence. Those efforts include a Violent Gang Task Force that collects information about potential criminals from crime reports, citizens and even the school district.

“It’s using the intel and the data we have, and really digging down into these incidents,” Wilson said. For example, police will run down the perpetrator of a drive-by shooting even if the only victim is the front door of a house, to find out the individuals behind it and put them in jail. “We want to get those actors before it results in a homicide,” he said.

Cities can get safer, said Roman of the Urban Institute. Washington, D.C. long had a reputation as a murder capital, but a combination of gentrification and more effective policing dramatically reduced the violence in the capitol. The city had almost 500 homicides in 1991, Roman said, “and it’s on track to have 100 this year.” Washington ranks 16th this year, with a violent crime rate of 1,130 per 100,000, down from 2,452 in 1991.

“It’s a huge change,” Roman said. “If you want to change crime at a place you have to change the nature of the place.”

The relentless expansion of the federal government — and Gucci-clad supplicants at lobbying and consulting firms — helped drive up incomes in the city, he said, while the city handed out generous tax breaks to move businesses within its borders. The city also tore down high-rise public housing towers and replaced them with garden-style apartments. Gentrification, meanwhile, drove many of the city’s poorer residents out to suburbs like Prince George’s County, where the violent crime rates spiked a few years ago, but have since declined substantially.

Roman said urban homicides tend to come in four forms: Women killing their children, family members killing each other, people killing other people they know, and “stranger crimes,” such as killings committed during a robbery or a drug deal gone bad. This last category is dwarfed by the other three, he said, and getting smaller all the time. Better policing has a lot to do with it, plus inventions like the cellphone, which has reduced the number of affluent customers wandering into dangerous parts of town to buy drugs.

When it comes to the Most Dangerous Cities, Roman said, “your readership is not in danger.”

“Overwhelmingly when there’s a homicide, the two parties knew each other,” he said. “Violence begets violence.”

Drugs also beget violence, and some of the other cities in the Top 10, such as Atlanta, St. Louis and Stockton, Calif., lie on well-traveled drug transport routes.

“These are some big transit hubs for drug trafficking,” said William Hakala, an analyst with iJET International, which tracks crime and other business disruptions for multinational corporate clients. “These guys want to get their stuff into the country and get it on the market fast,” Hakala said. Violent criminal drug gangs favor cities with good port and interstate highway connections. Interstate 5 in California cuts right through Stockton, for example, a deeply troubled city that filed for bankruptcy in June. And Detroit, where mobsters brought in Canadian whiskey by the boatload in the 1920s, is now a major transit point for foreign-sourced Ecstasy and other drugs, Hakala said.

Here are the top five most dangerous cities in America. For the full list go to Forbes: 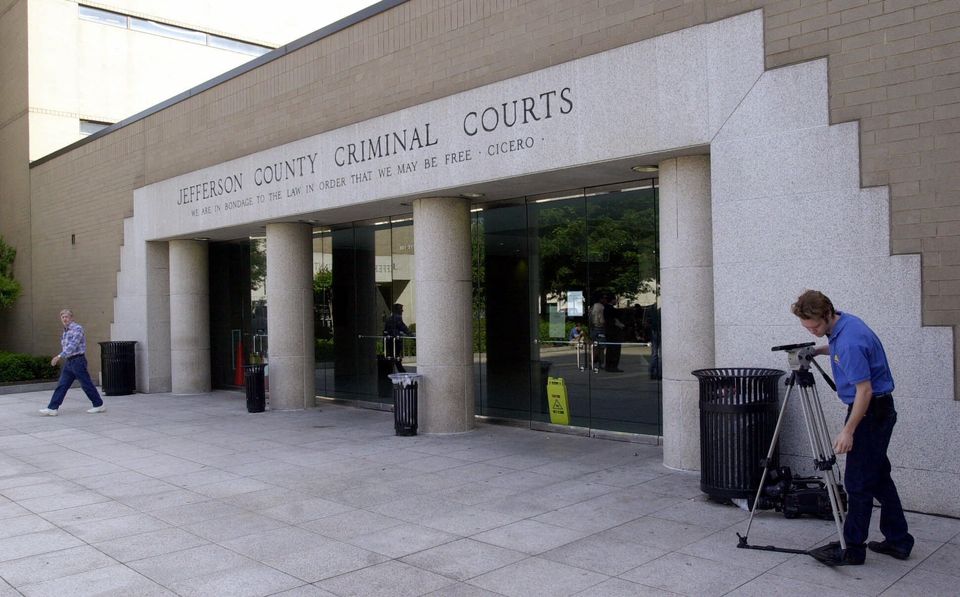