The Bacon Bling sandwich at Tangberry's cafe in the resort town of Cheltenham in western England set a new record for the world's most expensive bacon sandwich this past weekend, according to the World Record Academy. The sandwich, which was invented by 41-year-old Tangberry's owner Paul Philips, sells for a whopping £150, the equivalent, at Feb. 11 exchange rates, of $235. That 38 times as much as the second-most expensive bacon sandwich on the Tangberry's menu [PDF].

The sandwich's high price is justified, to some extent, by the expensive ingredients between the two halves of the roll. It includes, in addition to eggs and "rare breed bacon," black truffles, truffle oil, gold leaf, gold dust and saffron, which the World Record Academy says cost a total of £50. But that doesn't mean that Philips plans on the sandwich bringing in the bacon for his restaurant. All proceeds from its sale will be donated to SKRUM, a non-profit organization that provides children in Swaziland social education using rugby.

Here's a photo of the Bacon Bling sandwich: 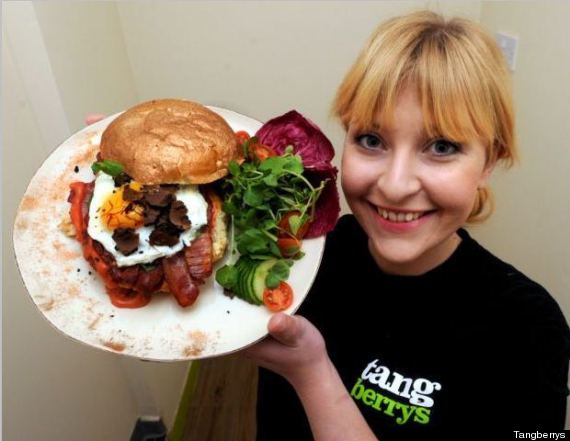 Click through the slideshow below to see more of the other most expensive dishes in the world:

Most Expensive Bacon Sandwich In The World Costs $235
Expensive dishes 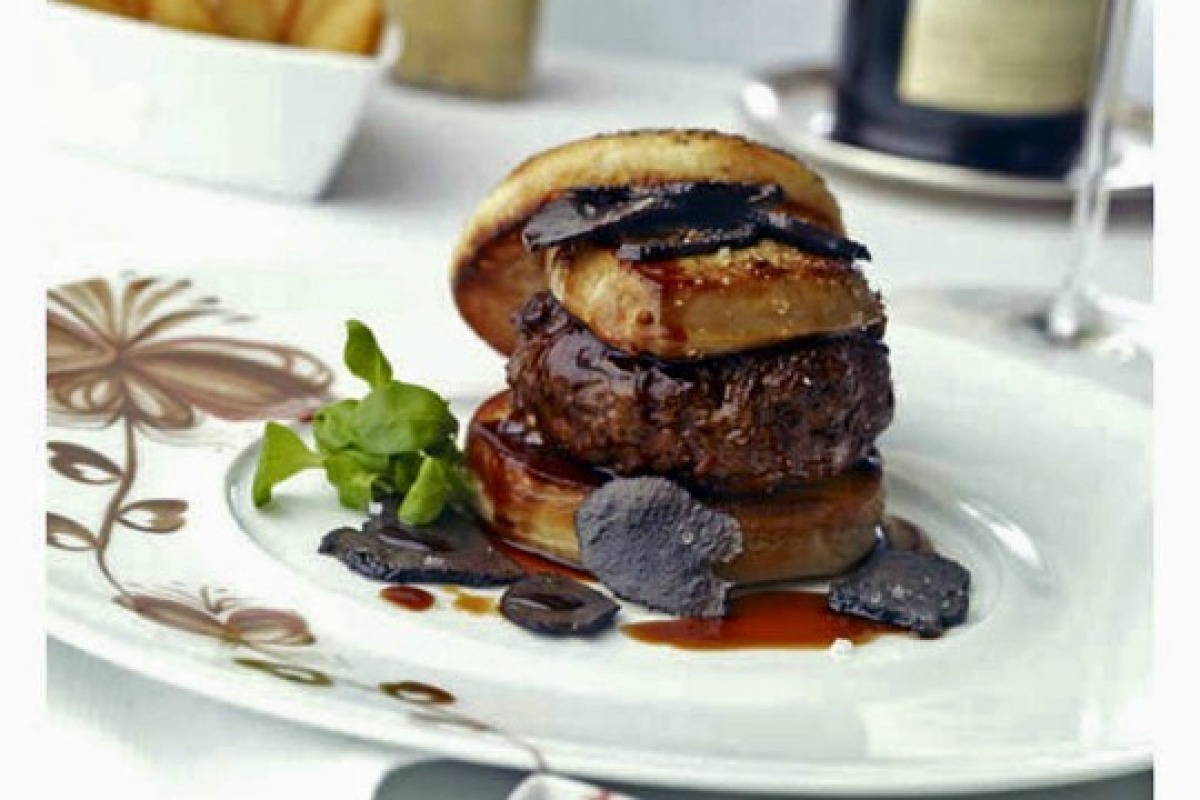 1 / 8
Fleur: The FleurBurger 5000, $5,000
Fans of "Top Chef Masters" know <strong>Hubert Keller</strong> as the French-accented chef with mean knife skills and a calm demeanor. They may also know that he makes the most expensive hamburger in the world. At <a href="http://www.zagat.com/r/las-vegas-9" target="_blank">Fleur</a>, Chef Keller's burger joint in Las Vegas, the eponymous FleurBurger 5000 clocks in at a whopping five grand. And what does that "pocket change" get you? A Kobe beef patty with a cube of seared foie gras, shaved black truffles and truffle-spiked "special sauce" all sandwiched into a buttery brioche bun. And bonus, it comes with a bottle of 1990 Chateau Petrus. Technically, the burger is a steal compared to the hospital fees associated with a FleurBurger-induced heart attack. <strong>[Also see: <a href="http://blog.zagat.com/2012/03/regional-mexican-smackdown-which-style.html" target="_blank">Regional Mexican Smackdown: Which Style is Numero Uno?</a>]</strong>
Fleur