Stuart Hughes, who brought you the gold iPad Supreme and iPhone 3GS Supreme , appears to have broken his own record for the world's most expensive phone.

That title now goes to the 5 million GBP (around $8 million) diamond encrusted iPhone 4 that Hughes custom made for an Australian customer, according to The Sun.

Cult of Mac explains, "Instead of paying $40,000 for a Swarovski iPhone 4, two Australian businessmen paid customizer Stuart Hughes eight million dollars to plate their iPhone 4s in gold and then encrust them in over five hundred diamonds totaling over 100 karats."

Check out the diamond-encrusted phones below. 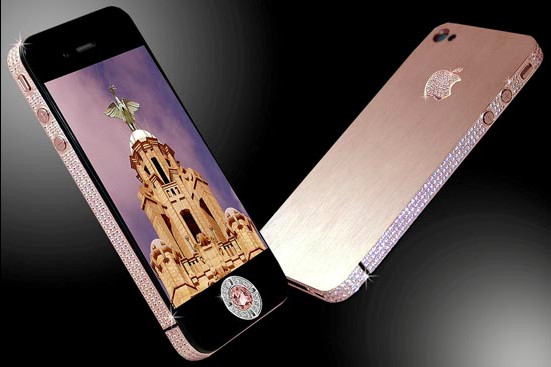