As anyone who lives in the city knows, San Francisco has some crazy real estate. For instance, a $38.5 million home that isn't even close to completion, a historic mansion modeled after a Versailles estate and, of course, a $30,000-per-month rental.

But a new property has officially dashed all of our attainable real estate dreams. Introducing: the $80,000 parking spot.

That's an eight and four zeros. For parking.

In its defense, the space is inside of an enclosed garage with gated and secured entry immediately across the street from AT&T Park. (The game day rental opportunities are endless.)

But still! Has parking in this fair city really become so out of control?

According to PocketListings.net founder, the price isn't even unreasonable--it's the going rate.

"Generally speaking, parking spaces throughout the city selling for $55,000 to $75,000 is absolutely common," Clark told The Huffington Post. "Parking has become even more of a premium with the development of new properties. When I saw the $80,000 parking space, I didn't even flinch."

Clark even wrote a blog post about a spot that was selling for $65,000 in 2009, when housing prices weren't exactly flourishing.

And with that, we're officially moving to Oakland.

Check out some of San Francisco's most expensive properties in the slideshow below: 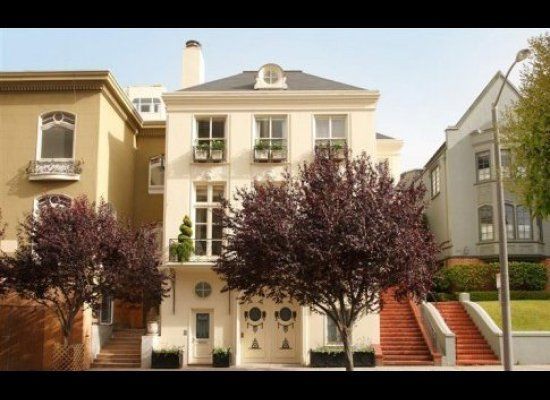 1 / 10
2209 Pacific Avenue, $8.6 million
As Curbed pointed out, this three-bedroom, six-bathroom (plus two-powder room) Beaux Arts home was designed by the same architect behind City Hall and the Opera House. It also hosts amenities including a library, an elevator, a wine cellar, a theater and a luscious French garden. <a href="http://www.redfin.com/CA/San-Francisco/2209-Pacific-Ave-94115/home/567920" target="_hplink">2209 Pacific Avenue</a>.
SFARMLS