What diets most captured the attention of the pound-losing public this year? Google's annual "Zeitgeist" list reveals the weight-loss schemes that most piqued our curiosity.

And, in good news, this year's most searched-for eating plans were more well-rounded than last year's list, which included such ineffective and occasionally dangerous gimmicks as the raspberry ketone diet and the feeding tube diet. While some of the diets the Googling public researched in 2013 weren't what we'd call ideal, they were far more likely to stress whole, natural foods and nutrient variety. Here's to progress! 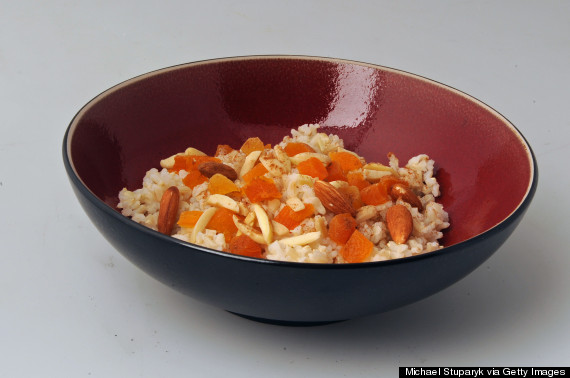 U.S. News and World Report reports that this diet is for "casual vegetarians" -- those who prioritize a plant-based diet, but also like to tuck into a piece of sushi or a chicken taco every once in a while. Thanks to its balanced meal plans, flexibility and overall healthfulness, the Flexitarian Diet was ranked as the sixth healthiest diet in 2013 by the news organization. 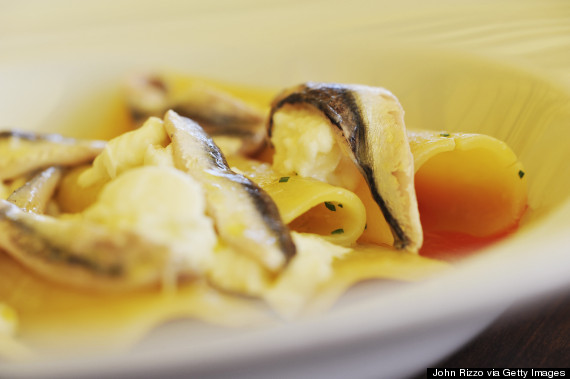 Pescetarians eat a vegetarian diet with the addition of fish. This can be for health or for ethical reasons. In terms of healthfulness, a pescetarian diet can be ideal (see: the Okinawa diet), although as with vegetarianism, it is possible to eat unhealthfully. Check out, for example, this list of unhealthy fish.

Fruitarians -- those who eat mostly or all fruit -- have existed for centuries, but this year a potentially dangerous, fruit-based diet known as the 80:10:10 diet took hold on social media, particularly on Instagram, where photogenic banana breakfasts ruled the day.

The diet also caused waves after Ashton Kutcher revealed that his all-fruit regimen -- his weight loss strategy to play the rail-thin Apple founder, Steve Jobs -- landed him in the hospital.

Nutritionists point out that eating only fruit means you'll miss out on essential fatty acids, protein and other nutrients you need. 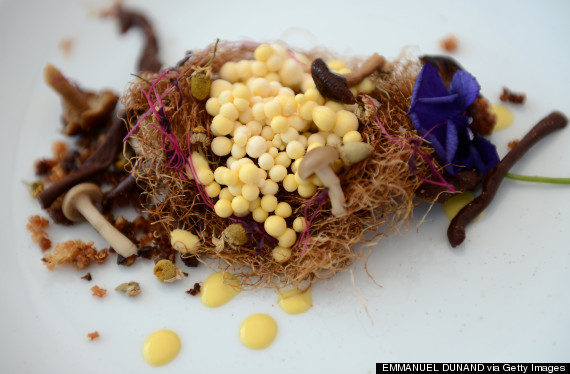 Unlike many of the other diets on this list, the omnivore diet has no book, expert author, merchandise or defined plan associated with it. It is merely a diet in which one eats all things: dairy, wheat, red meat, gluten, fish. We have come to associate the term with Michael Pollan's 2006 book, The Omnivore's Dilemma, which served as a call to action for those who enjoyed meat and animal products but wished to support an ethical farming system. 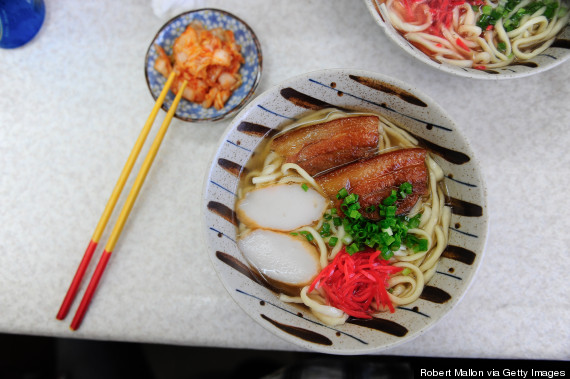 Japanese people are the most likely to make it past 100, so it stands to reason that adopting a traditional Japanese diet improves anyone's odds, right? Well ... probably not. But it certainly can't hurt: The Okinawa Diet consists of fresh vegetables, tofu, whole grains and fatty fish and encourages moderation with all things sweet, alcoholic or with saturated fats. 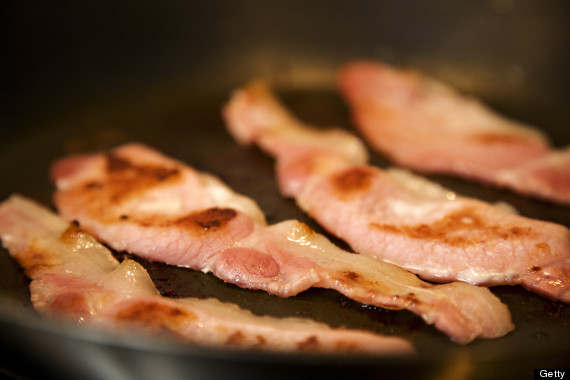 The ketogenic diet, which champions high-protein, high fat foods and banishes any hint of added sugar or refined carbs, was originally created as a treatment for those with chronic, debilitating epilepsy. But, as i09 points out, the diet now has a following among healthy adults who think it may be a good weight management system.

In an ideal ketogenic eating plan, 60 percent of calories come from fat, 35 percent from protein, and 5 percent from carbs, reported i09. That's in stark contrast to how most of us eat: 5-15 percent protein, 10-20 percent fat, and 65-85 percent carbohydrates. The goal is to bring your body into ketosis -- a starvation state in which, starved of glucose from dietary carbohydrates, the body produces ketones in the liver. These compounds allow the body to process fat as energy, which can lead to weight loss. That said, it's a medical therapy -- not a diet -- and was designed to be supervised by medical professionals. For many, ketogenic eating can cause complications, including high cholesterol and chronic constipation. 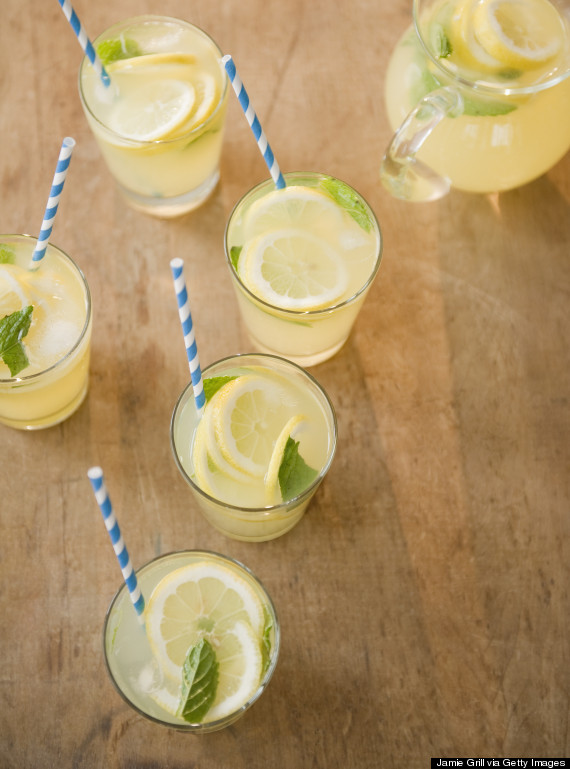 No one should do the Master Cleanse Diet. We repeat: No one should do this diet! Although it has been thoroughly debunked for nearly as many years as it's been in existence, many (including, at one point, Beyoncé) continue to turn to the diet as a weight loss or "detoxifying" technique. The diet consists of eschewing food in favor of a homemade cocktail of water, lemon juice, Grade B maple syrup and cayenne pepper.

"During the fast, you can expect to feel hungry and may get headaches, fatigue, dizziness, sluggishness, diarrhea, nausea, or constipation," wrote nutritionist and public health expert Kathleen M. Zelman on WebMD. 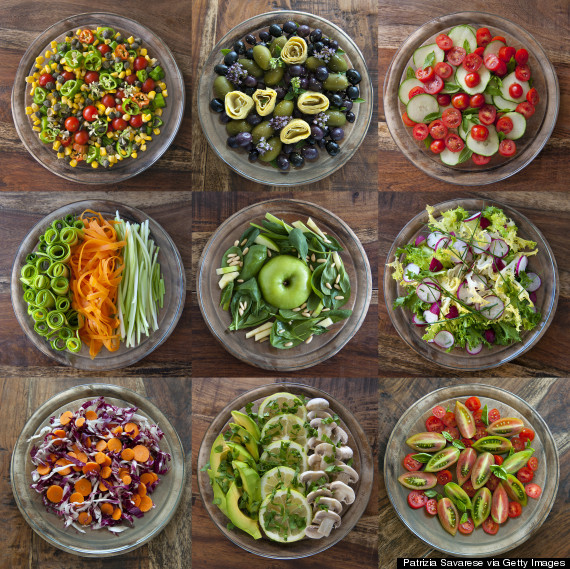 A stalwart for the past several years, the heart-healthy, longevity-promoting Mediterranean diet emphasizes polyunsaturated fats, fresh fruits and veggies and nuts, beans and seeds. And 2013 continued to be a good year for the diet plan, which is based on the traditional eating habits of Greek, Spanish, Italian and other Mediterranean cultures. A large study published in the Annals of Internal Medicine found that using the diet was associated with improved health for more than 10,000 middle-aged women who participated. 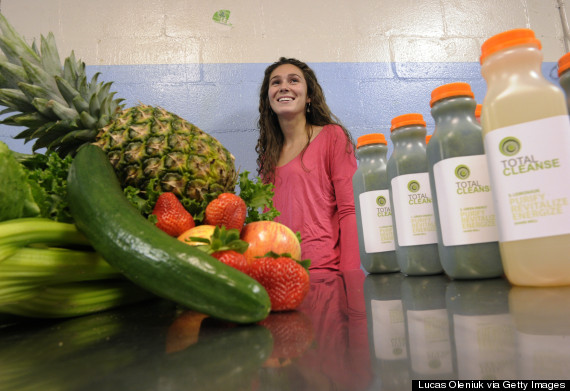 Fashionable juice fasts like Blueprint Cleanse and the Starbucks-like chain Organic Avenue can sound great: Atone for previous episodes of decadence by consuming nothing but juiced fruits and veggies for three to 14 day increments. Unfortunately, this diet isn't the cure-all its pseudo-scientific labeling claims. Frankly, there's no research that proves its benefits and plenty that suggests it isn't beneficial: One 2003 study of adult men who fasted for eight days found that although cholesterol, insulin and nonesterified fatty acids were lower after eight days, within a week, those levels had returned to their pre-fasting rates. In other words? There was no lasting benefit to the fast.

It's no surprise that the Paleo Diet -- also known as the Caveman or Stone-Age diet -- was the most searched-for diet of the year, thanks to its growing popularity among both mainstream eaters and bodybuilders and CrossFitters alike. With accessible recipe and lifestyle blogs like Nom Nom Paleo and Paleo OMG and famous adherents, 2013 was the year of Paleo. And while the jury is still out on whether or not it's a good idea to eat like our prehistoric ancestors (or whether the Paleo diet actually mimics these Cro-Magnon eating patterns), there are some lessons we can all take away from Paleo, like eating whole foods and avoiding foods made from refined sugar, along with flour and processed meat. 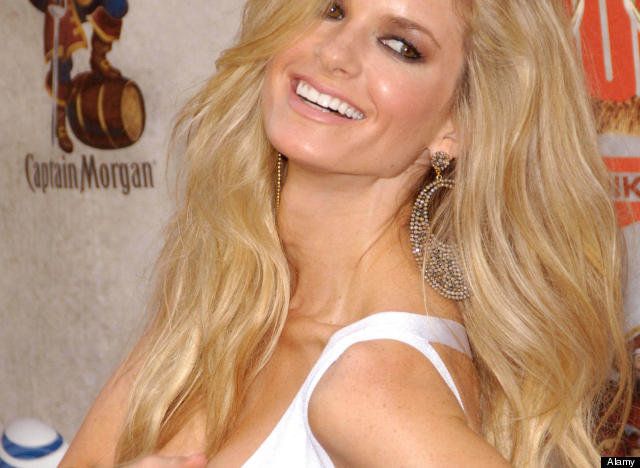 The Most Googled Diets Of 2012
More:
healthy livingtop dietsketogenic diet