Fabled Supreme Court Justice Louis D. Brandeis once said, "sunlight is said to be the best of disinfectants." If that is in fact the case, then the world as a whole is a pretty grimy place, according to the latest edition of the Open Budget Survey.

The biennial report, published by the International Budget Partnership, tracks government spending transparency across the globe. Of the 100 countries assessed in the survey, 77 "fail to meet basic standards of budget transparency," with the average score a lowly 43 out of 100 points.

SCROLL DOWN TO SEE THE WORLD'S TEN MOST OPEN COUNTRIES.

“Transparency is one of our most powerful weapons against corruption, waste and bad governance, providing the basis on which people can hold their politicians to account and demand change where change is needed,” said UK International Development Secretary Justine Greening.

Since day one, "transparency" has been a buzzword of Barack Obama's presidency; in a memo addressed to the heads of government departments that first day, the president wrote that all government agencies should work "to usher in a new era of open Government."

But recently, the Obama administration has been criticized for a distinct lack of transparency in a number of avenues, most specifically the opacity of its drone program, and the failure of 19 of 20 cabinet-level agencies to properly disclose information according to laws set forth by the Freedom of Information Act.

But to the White House's credit, the U.S. comes in seventh in the Open Budget Survey's rankings. As the Washington Post's Wonkblog explains, "overall, the document is a pretty strong vote of confidence in the federal government’s transparency efforts."

The Wonkblog goes on to say that the U.S. gets knocked down for its lack of a pre-budget statement, lack of details in reviews of prior expenditures and, most importantly, a total lack of a "citizens budget," which the IBP explains as being "accessible, nontechnical presentations of budget information."

The U.S. and its neighbors scored well overall, as the Guardian explains, with western Europe and the U.S. averaging 75 out of 100 points, while the Middle East and North Africa managed to average just 18 out of 100 points. In a race to the bottom, Qatar, Myanmar and Equatorial Guinea rank dead last.

The IBP gathers its data through a series of 125 questions answered by independent researchers in 100 countries, which account for a population of 6.1 billion, or 89 percent of the world's population in 2010. And while the survey paints a rather dismal portrait of government transparency in general, IBP states that the study has seen "steady, albeit incremental, progress over the four rounds of the survey since 2006," with the average score of 40 countries with comparable data sets jumping from 47 out of 100 when the survey began up to 57 out of 100 in 2012.

So which countries have the most open governments? Check out the top 10 list below: 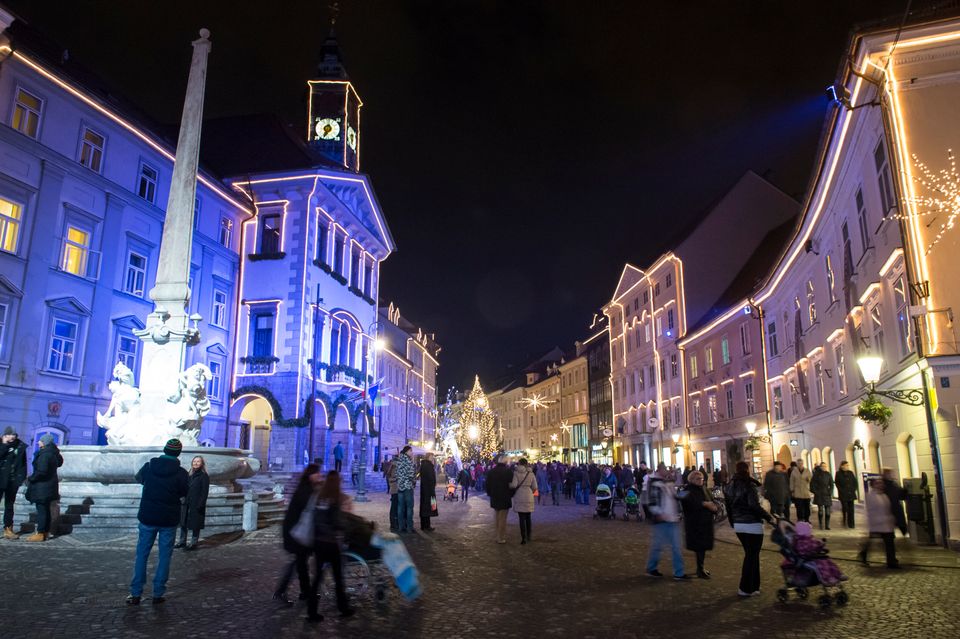 1 / 11
No. 10 (tie): Slovenia
A crowd walks in the centre of Ljubljana during year-end festivities and celebrations for the upcoming new year on December 27, 2012. (Jure Makovec/AFP/Getty Images)