Despite this general optimism, pessimism had a much stronger pull in several places. In 11 countries — most of them in Europe — at least 25% of the population believed their lives would get worse. While several are surprising, some others make a great deal of sense. The most obvious of these is Greece, in which 42% of the surveyed population was pessimistic. Based on Gallup’s survey, 24/7 Wall St. examined the 11 most pessimistic countries in the world.

Gallup’s survey was not a measure of whether people think their lives will be unsatisfactory. If that was the case, war-ravaged countries and places with extreme poverty, disease and famine would top the list. Instead, the majority of these pessimistic countries are relatively safe and wealthy. Nine of the 11 are classified as the most developed by the United Nations Development Programme’s Human Development Index.

Citizens of the most pessimistic countries believe their lives are going to get worse. This may be due to the moribund economies brought on by the global recession and the European sovereign debt crisis. A review of the economic trends in these countries reveals that they have deteriorated more rapidly than the rest of the world in the past few years. Between 2010 and 2011, GDP declines in these countries were more severe than in most of the rest of the world. Six were among the 15 countries with the highest measured GDP declines during that time.

If appears that one of the factors that most strongly generates pessimism is unemployment. In all but two of the 11 countries, unemployment was higher in 2011 than it was in 2009, when the global recession was arguably at its worst. What’s more, relative to the rest of the world, unemployment in these countries has gotten worse. For example, in the Czech Republic, which is among the most pessimistic, unemployment has increased from the 61st highest in 2009 to 53rd highest in 2011.In that same time, Greece moved from an estimated 30th highest to ninth.

24/7 Wall St. reviewed Gallup’s report “Worldwide, Greeks Most Pessimistic About Their Lives” to identify the counties with the highest rates of pessimism. This report, published on July 25, 2012, was based on a survey of roughly 1,000 individuals in each of 147 countries. Respondents used a 0 to 10 scale to indicate how they felt about their lives now and five years into the future, with those individuals providing a future rating below their present one labeled as pessimistic. 24/7 Wall St. relied on the International Monetary Fund’s (IMF) World Economic Outlook for most the economic statistics cited, including gross domestic product, GDP per capita, public debt as a percentage of GDP and unemployment. (Some of these IMF figures are estimates.) Sovereign credit ratings come from Moody’s Investors Service, and are scored on a scale of Aaa (best) to C (closest to default).

These are the 11 most pessimistic countries in the world.

PHOTO GALLERY
The Most Pessimistic Countries In The World
Download
Calling all HuffPost superfans!
Sign up for membership to become a founding member and help shape HuffPost's next chapter
Join HuffPost 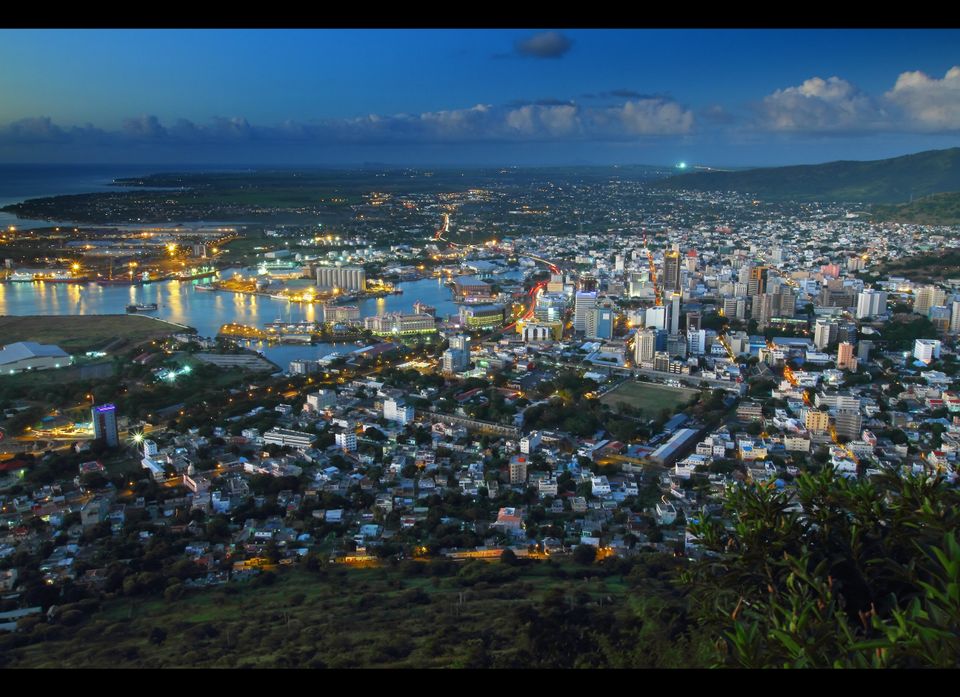 1 / 11
11. Mauritius
> Pct. pessimistic: 25% > Moody's sovereign credit rating: Baa1 > Life expectancy: 73.4 years > Unemployment (2011): 7.79% The Mauritian economy has slowed down in recent years, and GDP growth has fallen from 5.5% in 2008 to an estimated 4.1% in 2011. Slowing growth has been accompanied by increasing inflation, which rose to an estimated 6.54% in 2011 from just 2.9% in 2010. Not all news on the Mauritian economy is poor. In June, Moody's Investors Service raised Mauritius' credit rating from Baa2 to Baa1, citing increased economic diversification -- achieved through a growing service sector -- and reduced exposure to shocks originating from Europe.
<a target="_blank" href="http://commons.wikimedia.org/wiki/File:Evening_Port_Louis.jpg">MediaWiki:</a> <a target="_blank" href="http://commons.wikimedia.org/wiki/User:Pkuchar">Pkuchar</a>