Every four years, American sports fans are reminded that the wide world of sports spreads farther than the reach of our national pastimes. The quadrennial World Cup reminds everyone raised on touchdowns and home runs that the NFL plays a sport that most of people around the globe think of as "American football." It makes it abundantly clear that the relatively provincial passions generated by the NFL, NBA, MLB and NHL can't compete with the continent-spanning frenzy inspired by the world's football.

In its opening week, the World Cup generated more interactions on Facebook than the Sochi Olympics, Super Bowl and Academy Awards combined, reported The Associated Press. On Twitter, the popularity of the game and its players is also undeniable. The list of the world's most popular athletes on Twitter is filled with soccer players whose follower counts dwarf those of just about every U.S. superstar. 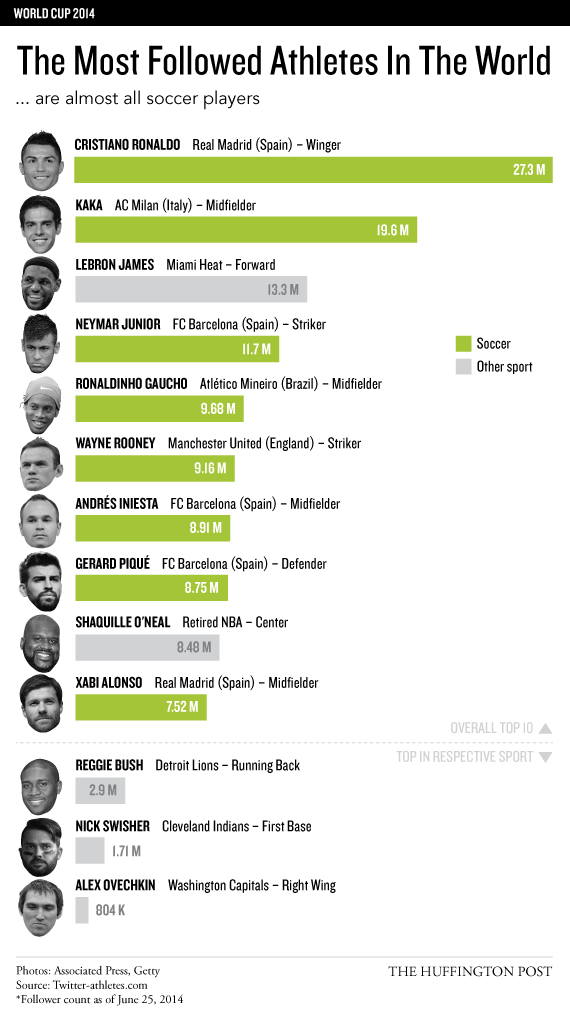 Correction: An earlier version of this graphic listed that Xabi Alonso plays for Barcelona as a defender. He plays for Real Madrid as a midfielder. The graphic is updated and reflects the changes.