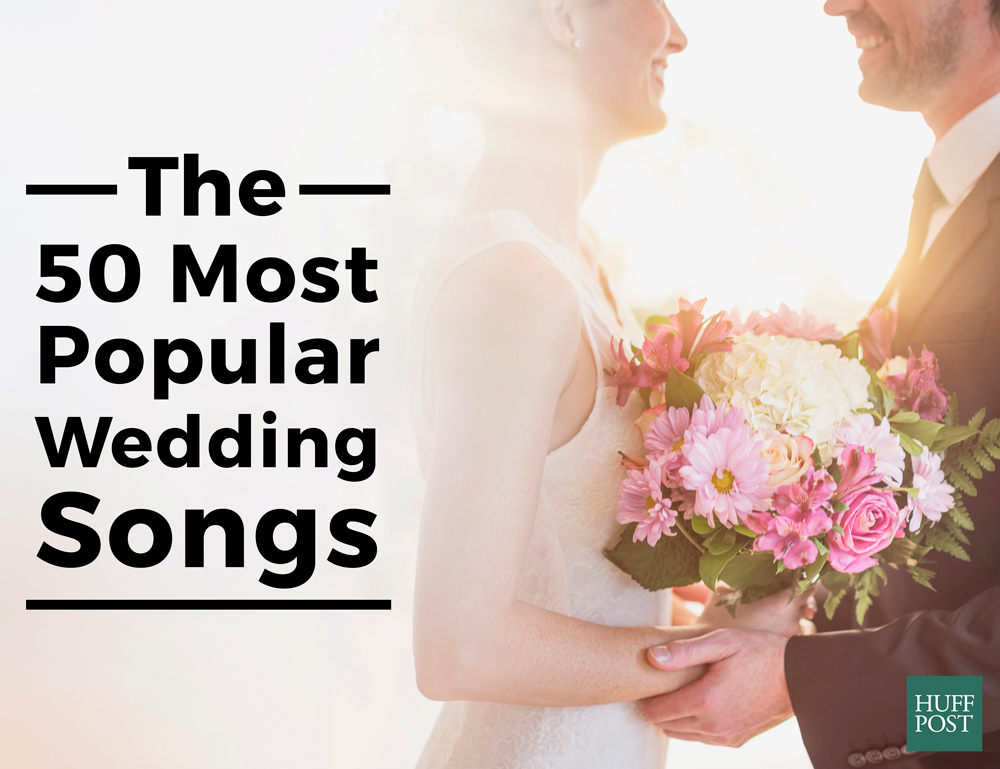 Whether you have one wedding on the calendar this summer or eight, there are certain songs you're bound to hear again and again.

Spotify recently released a list of the top weddings tunes, based on its analysis of more than 400,000 wedding-themed playlists from users around the world. Coming in at No. 1 is "All of Me" by John Legend, followed by "Marry You" by Bruno Mars at No. 2 and "Thinking Out Loud" by Ed Sheeran at No. 3.

You can see and listen to the rest of the top 50 below:

Spotify also zeroed in on "first dance" playlists and determined some of the most popular tracks for that treasured moment. Sheeran has the category on lockdown with two of the top five songs -- "Thinking Out Loud" at No. 1 and "Tenerife Sea" at No. 5. "At Last" by Etta James, "Can't Help Falling In Love" by Elvis Presley and "Marry Me" by Train were other favored selections.

See what other tunes made it into the top 15 below: