SmartData Collective set out to get answers. Using text mining and predictive analytics, Themos Kalafatis analyzed the titles of 3,000 "social media" blog posts in order to identify "words and phrases that are commonly found in posts with a high number of retweets (>40)." In other words, what terms have a positive impact on the likelihood of a blog being retweeted?

The following features have been taken into consideration : - Author of Post - Title of Post - Number of Retweets

Check out the 9 terms that have a positive weight on the popularity of blog posts in the slideshow below. The findings? Posts on personal branding, "Internet Word Of Mouth," and discussion of "possibilities in a positive way" seem to be most interesting to Twitter users. Tell us what conclusions you draw from the data in the comments below. (h/t ReadWriteWeb) 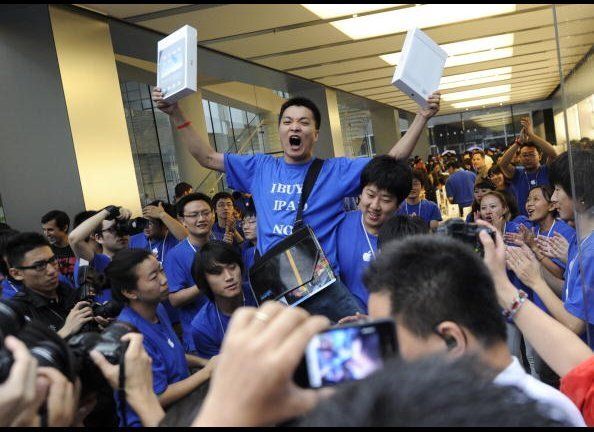 1 / 9
"Launch"
Apple customer Han Ziwen shouts holding his ipads outside Apple's flagship store in Beijing after queuing for 60 hours to be one of the first to officially buy an iPad in China on September 17, 2010. Apple officially launches its iPad in China -- a solid business move, analysts say, even though Chinese customers have been able to buy the tablet computer on the grey market for months. AFP PHOTO/Peter PARKS (Photo credit should read PETER PARKS/AFP/Getty Images)
Getty