It may be old news that about half of Americans go to McDonald's at least once a month on average. It turns out that not only is McDonald's the most visited food chain in the U.S., but it is also the most visited overall U.S. business according to statistics from April 2013. A new survey by Placed Insights, which measures over 70 million business locations per day, details the eating habits of Americans and one thing is for sure: we are indeed a fast food nation. 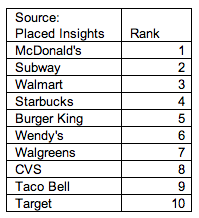 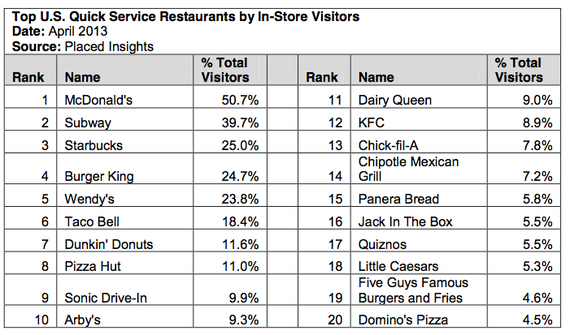 Placed.com also broke down the most popular quick service chains by region. McDonald's still reigned supreme across all areas, but Dunkin' Donuts and Starbucks nabbed the #2 spot over Subway in the Northeast and West, respectively. 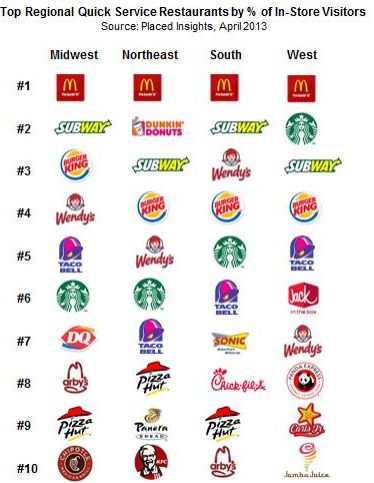 Interestingly enough, despite McDonald's steamrolling of its competition, the study found that those that visited Burger King, Wendy's or Taco Bell were not particularly likely to visit McDonald's. But, for whatever reason, McDonald's visitors were also fried chicken fans, and had a high affinity for Popeye's, Zaxby's and KFC. Take a look: 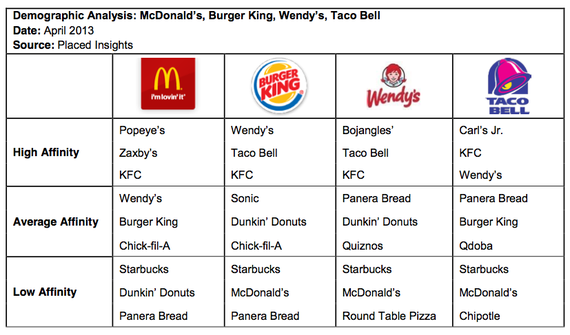 To take a look at the full results, head over to Placed.com.