The team's 5-2 win over Japan in the Women's World Cup final was not just the highest-scoring final in tournament history. It was also the most-watched soccer match in U.S. television history for women or men, Fox Sports announced Monday.

The network said in a release that the match drew a massive 15.2 overnight rating and averaged 25.4 million viewers.

The match broke the record previously set by the men's team against Portugal in last year's World Cup, which pulled in 18.2 million American viewers on ESPN.

Even though last night's final was basically over at the end of the first half, thanks to Carli Lloyd's hat trick, viewers kept tuning in. As Douglas Pucci of AwfulAnnouncing shared, ratings spiked at a 17.9 at 8:30 p.m., right before the match ended and the World Cup trophy was presented to the American women.

The United States is a big place, though, so is an audience of 25.4 million that big for a sporting event? To compare, the 2015 NBA Finals between the Golden State Warriors and the Cleveland Cavaliers averaged 19.9 million viewers, the highest number since Michael Jordan won his last title in 1998. Game 6 of the series drew the highest viewership of 23.3 million, still fewer than last night's final.

This marks the second-straight year that U.S. World Cup soccer -- men or women's -- has bested the NBA Finals, ratings-wise. In 2014, the men's World Cup match between the U.S. and Belgium drew 16.5 million viewers, a full million more than the 15.5 million average who watched the 2014 NBA Finals.

Despite winning the most-watched soccer match in U.S. television history, members of the U.S. women's team will be paid 40 times less than their male counterparts, who lost in the first round of the knockout stages at the 2014 World Cup.

As ratings and viewership for the Women's World Cup continue to increase cup to cup, FIFA should be put under pressure to equalize World Cup pay between genders.

For the women of the World Cup, tuning in to their matches pays. Or, rather, should pay in the future. Stay tuned.

Women's World Cup Final Was The Most Watched Soccer Match In U.S. History -- For Women Or Men
The Best Photos From The WWC Final 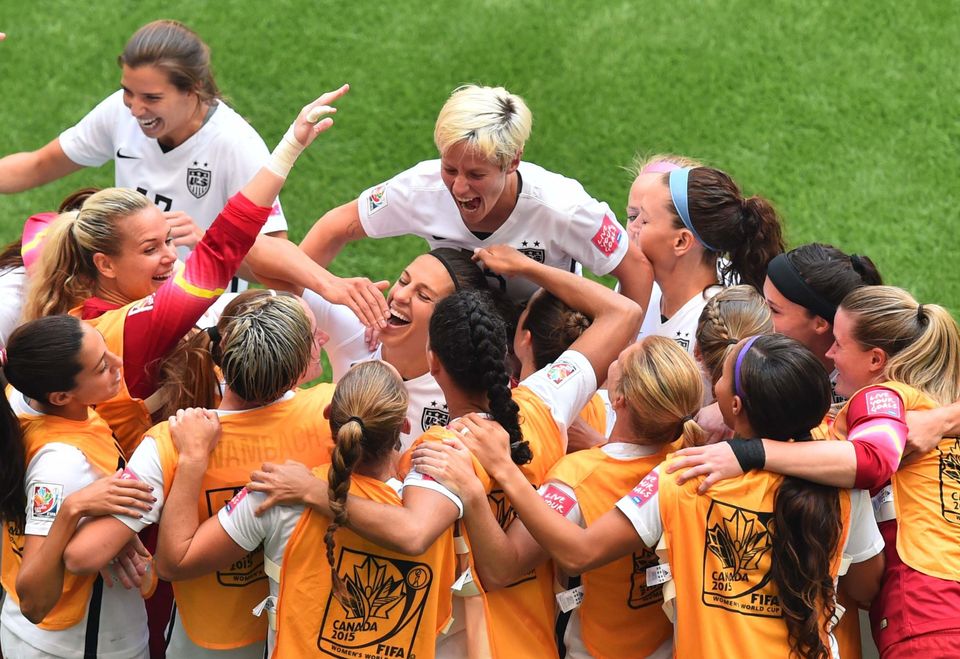