Joseph Ross, a Dayton, Ohio, resident, got an unwelcome "welcome" this weekend when he checked into a Motel 6 in the nearby town of Sharonville, where he planned to attend a jazz festival.

Ross told WCPO that he switched on the television in his room only to be greeted with an on-screen racial slur: "Hello Nigger!"

"I turned the TV on and when I laid back on the bed I just happened to see something on the screen and I was like, 'Ah, that ain't there, so then I focused my eyes and I couldn't believe what was on there,'" he told WCPO in Cincinnati.

Ross complained to Motel 6's corporate office and reached out to the president of the Dayton chapter of the NAACP, who confirmed the on-screen slur to WCPO.

On its website, the Cincinnati NAACP said that the Dayton chapter "independently called the location to ask if the Motel 6 had on their TV broadcast 'Hello Niggers.' The person who answered the phone confirmed the information was true but provided no explanation or clarity of why."

The police are also investigating the incident. “We are taking this very seriously and we are looking into it,” Sharonville Police Lt. James Nesbit told Cincinnati.com.

"At Motel 6, we are proud of the great diversity of the guests that we serve, and we are completely appalled by the offensive slur that appeared on our guest's television screen Friday. We are investigating to determine how this mishap occurred, and after inspecting other rooms this appears to be an isolated incident." 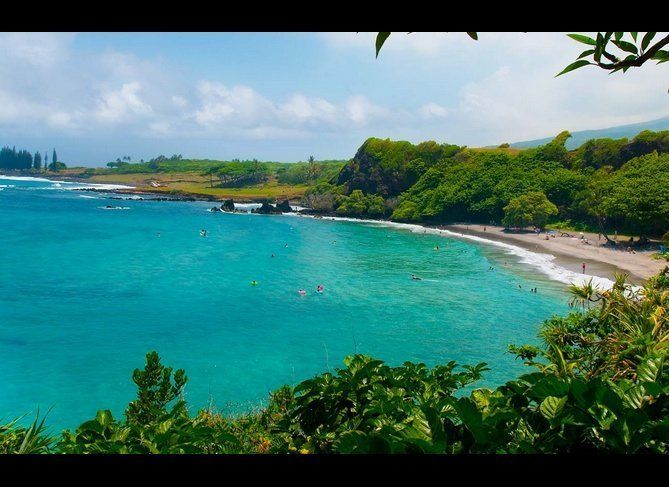 1 / 7
Visit The Travaasa Hana
This Hawaiian hotel, formally known as the Hāna-Maui, has a reputation for being a simplistic bungalow getaway. <a href="http://www.travaasa.com/hana/#/travaasa-hana-overview" target="_hplink">The Travaasa Hana</a> does not offer WiFi or television in individual suites. "The beauty of the hotel is that it has that old Polynesian feel, with no TVs or clocks in the room," a representative told <a href="http://www.technewsdaily.com/2489-digital-detox-vacations-check-your-iphone-at-the-hotel-door.html" target="_hplink">TechNewsDaily</a>.