Elizabeth Johnson, an Arizona woman convicted in the Christmastime 2009 disappearance of her 8-month-old child, Gabriel Johnson, has been arrested in New Mexico.

Johnson, who served roughly five years behind bars in connection with the disappearance of Gabriel, has been living in New Mexico since her release in July 2014. At that time, she was ordered to serve four years' probation. According to the New Mexico Corrections Department, Johnson was taken into custody on Thursday for allegedly violating six of the conditions of her probation.

The violations include associating with someone with a criminal record, leaving the state without permission and failing to comply with the rules and regulations of her probation, Ashley Espinoza, a spokeswoman for the New Mexico Corrections Department, told The Huffington Post.

"She also wasn’t truthful -- she failed to [report] she was married in December 2015," Espinoza added. "And on March 6, she was cited for speeding and failed to report that contact within 72 hours."

Espinoza said Johnson, 29, is being held at the Bernalillo County Detention Center pending a revocation hearing.

Johnson's attorney, Marc J. Victor, told HuffPost he is skeptical of the allegations.

"These are very, very minor violations and typically not the types of violations where people are arrested right away and taken into custody," Victor said. "I'm concerned she may be being treated differently just because it's a high-profile case."

Victor said his client should be extradited to Arizona in the coming days, at which time he will "review what the evidence is against her."

On Dec. 27, 2009, the day McQueary was supposed to pick up his son for a scheduled visitation, he received an ominous text message, allegedly sent by Johnson, telling him their baby was dead.

"I suffocated him. I suffocated him, and he turned blue, and I put him in his diaper bag and put him in the trash can," a woman identified by investigators as Johnson said during the recorded conversation, according to police.

Johnson told McQueary that she had killed their child out of revenge because she believed McQueary was involved with other women. "You want to talk to girls — that's the price you pay," Johnson told her former boyfriend, according to police.

Johnson also blamed McQueary for destroying her life, according to the audiotape. McQueary responded, "I haven't destroyed anything." Johnson replied, "Yes, you have, Logan. You made me kill my baby boy ... So find some new girl to make your new baby."

The text message and phone recording prompted police to conduct a massive search of local landfills, but they were unable to find the child.

Police arrested Johnson in Miami on Dec. 30, 2009, and charged her with kidnapping and custodial interference.

In the days following her arrest, Johnson told police she had given Gabriel away to strangers in San Antonio, where her car was later found. Witnesses placed Johnson and the baby in the San Antonio area between Dec. 20 and 27, although she was alone when she turned up in Florida on Dec. 27, 2009.

Two months later, in December 2012, Johnson appeared before Maricopa County Superior Court Judge Joseph Kreamer for her sentencing hearing. During the hearing, Johnson maintained her story that she gave Gabriel away to a couple in Texas so he could be with a "real, loving family."

What Baby Gabriel, Tempe boy missing since 2009, could look like at age 5 http://t.co/2LsVDSCkb2 pic.twitter.com/NWZaTrnRkj

"I don't know what to say that has not already been said," Logan said. "What Elizabeth has done has not only robbed me but my friends and family ... her actions hurt and changed people and their lives forever [and] I think Elizabeth should be held accountable for her actions," Logan said.

Prosecutor Angela Andrews announced in court that her office was willing to set aside its recommendation of imprisonment if Johnson would reveal where her child was.

Andrews described Johnson's actions as "despicable" and said she had caused "amazing pain and suffering" to the victims. "She was a vindictive and scheming woman who used her child as a pawn," Andrews said. "Her actions demonstrated nothing but pure selfishness and vengeance."

After Johnson's conviction, her grandfather, Bob Johnson, told Phoenix's KNXV-TV that Gabriel's whereabouts would likely remain a mystery. Authorities still do not know if the child is alive or dead. "I think that there's a real good possibility that we will never, I repeat, never know what happened," he said.

Asked about Gabriel's whereabouts on Monday, Victor said, "I don’t know anything about that effort. I haven’t been involved in that." 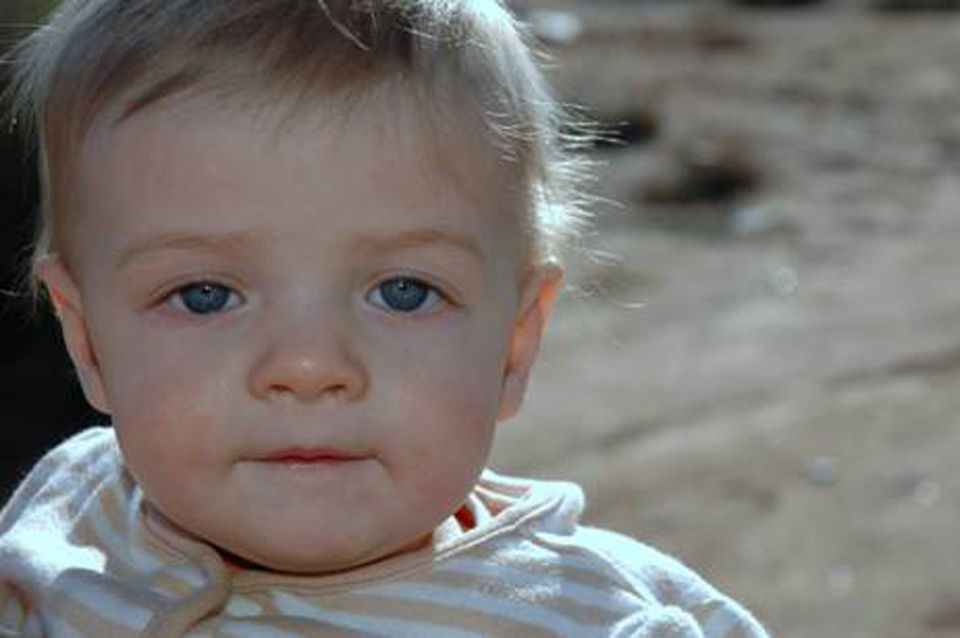 Mother Of Missing Baby Gabriel Johnson Arrested In New Mexico
Cold Cases
1 / 18
El Dorado Jane Doe
We know who killed her. But we still don&rsquo;t know her name. That is the enduring mystery that has left investigators stumped for more than two decades. Despite the passge in time, authorities beleive someone, somewhere, can still help solve the identity of the woman known as El Dorado Jane Doe.<br><br><strong>READ:</strong>&nbsp;<a href="https://www.huffpost.com/entry/eldorado-jane-doe_n_56e6d679e4b0b25c918276a3?x3l3di" target="_blank">We Know Who Killed Her. But 24 Years Later, We Still Don&rsquo;t Know Her Name</a>
El Dorado Police Department