'The mommy wars are not just about whose kids turn out better; it's also about which mom suffers the most along the way' 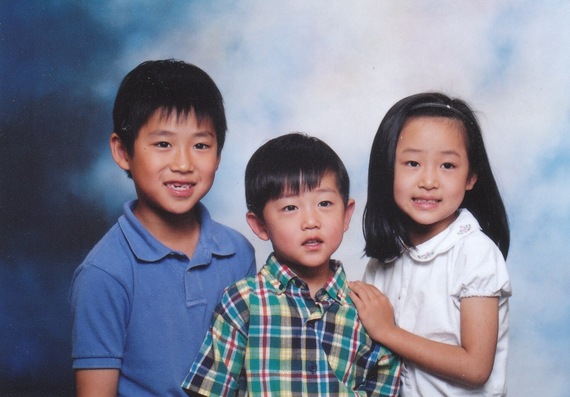 When I first became a mother, I hoped to find a supportive community among the sisterhood of other moms. Instead, I found myself on a battlefield. Knowingly or unknowingly, mothers get drawn into a competitive landscape -- and it's one that offers no trophies or awards.

It begins during pregnancy: Here, the game is to gain as little weight as possible and to avoid stretch marks. Competing about our pregnant bodies turns into competing about our kids once they're born. Moms begin to proudly announce that their children are growing faster or weigh more than yours. Mothers want to brag that their kids are "talking" at 5 months or that their kids skipped crawling and went straight to walking at 9 months. You get the picture.

I thought the mothering Olympics would end once my kids started school and I started seeing other moms less frequently. But the competition actually intensified. It became a frantic race to see whose child would become the best pianist or soccer player or dancer.

I had hoped that the teenage years might mark a more peaceful coexistence among moms. But now that my three kids are in their teens, with the oldest one going to college in the fall, the competition only seems to have become more ferocious. Some mothers continue to try to one-up me by asking which colleges have accepted my son, whether he actually got a merit-based scholarship or just a need-based grant, what program he will go into and what he will do with his degree.

This game continues to drain me, especially when my mom friends insist that I had it easier with raising my children than they did with theirs. Because, you see, the mommy wars are not just about whose kids turn out better; it's also about which mom suffers the most along the way.

I teach, write and speak, and on most days, I feel like I am just treading water, with my nose barely above the surface. I write this not to assert that I am busier or more stressed than other mothers or that I suffer more. Rather, I'd like to start a conversation about how motherhood shouldn't be a competitive sport. We live in a patriarchal society that places constraints on women; we do not need the additional constraint of beating up on each other.

Instead of arguing about who's suffered more, we need to accept that we each have our own challenges. We are all different, with separate paths that cannot and should not be compared. The sooner we realize this, the happier and freer we all will be.