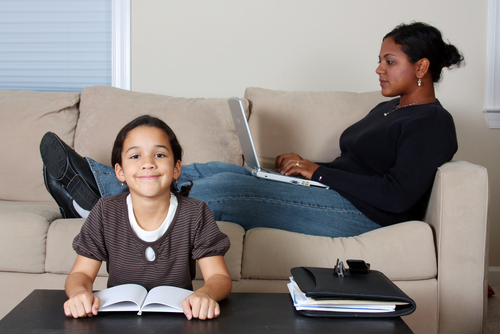 On the advice of her doctor, Peggy Young, a driver with UPS, asked her employer to put her on light duty when she got pregnant. Though UPS provided its other workers this option when injured or disabled -- or even when they lost their driver's license because of a DUI -- the company said that pregnancy was different. Instead, Young was put on leave without pay and lost her UPS health insurance -- just when she needed it most. So she sued, saying UPS had violated the Pregnancy Discrimination Act.

After losing in the courts below, which bought the UPS argument that its policy was "pregnancy neutral," Young appealed to the Supreme Court. Recently, the Supreme Court declined to gut the PDA in the manner sought by employers and advocates for women and families breathed a huge sigh of relief -- but the fact of the matter is that the Court's decision left a lot of uncertainty about the rights of pregnant women and a lot of room for employers to push their luck in denying accommodations to these workers.

Today on Mother's Day, we need to confront the truth that the United States doesn't do that well by mothers and consequently by children. It isn't simply that the PDA isn't as strong as it should be; mothers face many obstacles in the American workplace from pregnancy to childbirth and beyond, lacking strong protections against discrimination, access to paid family leave, and affordable, quality child care.

One of the biggest challenges for families in America, up and down the income scale, is how to care for children once they are born. Women's participation in the workforce has grown significantly over time, especially that of women with children: almost 77 percent of women with children between six and seventeen are working; 64.2 percent of women whose children are under six are in the workforce, with unmarried mothers having a higher participation rate than married women overall. And while we have taken some small steps to combat discrimination, we haven't done much to address what to do with their children during the workday.

In 1993, the U.S. adopted legislation providing unpaid leave for new parents. The Family and Medical Leave Act (FMLA) was a big step forward, providing some workers with the right to take twelve weeks of leave for the birth or adoption of a child or other family health care needs. But the FMLA's benefits were limited to a small number of employees. First, the employer needs to provide the leave only if it has at least fifty employees, and, second, the employee must have worked at least 1,250 hours in the previous year. Because of these two limitations, more than 40 percent of private sector workers fail to qualify for FMLA leave.

Many ineligible workers work for smaller employers, but others, especially young parents, do not qualify because they have not worked long enough for one employer. As few as 20 percent of new mothers qualify for the benefit. Of young African American workers who are between eighteen and twenty-five with a child under two at home, only 48 percent have enough hours to qualify. Overall, the workers with least access to FMLA leave are those most in need -- younger, low-wage women of color. And since the FMLA provides only unpaid leave, even those mothers who qualify often opt out because they can't afford to lose wages. According to a survey by the Department of Labor in 2012, 46 percent of workers who needed leave were not able to take it because they could not sustain the loss of wages.

And after child birth, things get more difficult for working mothers. Our system of child care -- or lack thereof -- fails all families with its high costs, limited availability, and often low quality. But while the failings of the system may affect most parents, they most seriously harm those families that are least able to absorb the extra financial and scheduling burden. Financial hardships from the recent economic downturn have forced many families to use informal arrangements rather than paid child care. Because they simply cannot afford private child care, families with two parents trade off parenting, finding jobs that take them out of the home at different times; others have family members, including their older children, who take over some care responsibilities; others just leave their kids alone and hope nothing goes wrong; and some decide it is better to slide further into poverty than to leave their children without adequate supervision.

Those parents who cannot rely on family care may opt for day care centers -- at high cost and of questionable quality. Getting into a child care program is the first challenge. Many families struggle to find a slot for their children, facing a market where demand and supply are clearly not in sync.

But shortage of slots isn't the only challenge for poor families to overcome before finding a place for their children. States also set income limits, require copayments, and exclude parents who are in the process of searching for employment but do not yet have a job, or even those who do not work enough hours. Our current hodgepodge of child care subsidies and low-income supports is structured so that incremental increases in earnings can actually drop a family over the "cliff" and cost them eligibility.

Further complicating access to child care is that low-wage workers tend to work in the types of jobs that make good parenting especially hard: they work night shifts or weekends, they have no ability to leave work for emergencies, let alone school events or parent-teacher meetings, and they don't get any benefits from their employers, like sick leave or paid vacation. The number of women and children affected is huge. For example, among restaurant workers, whose hours are very unpredictable, 2 million of the 5 million workers have children, and half of those are single mothers with kids under eighteen.

Home care workers, who are nearly all women, face a similar struggle to care for their own children when they have to care for patients in the evening or on weekends. Perversely, the increase in part-time workers has made it harder for low-income parents to find care for their children, with so many of those workers working a second job or subject to on-call scheduling with erratic hours.

Even when a child can get a placement in a child care program or prekindergarten, few facilities provide adequate care. They rarely have enough adults to care for the number of children in the center or have staff with sufficient training -- sometimes the "teachers" lack even a high school degree.

During World War II, policy makers provided child care facilities for the children of women working in war industries; our military continues this tradition by offering personnel affordable quality child care. In the rapidly changing demographics of the United States, we will either have children in larger numbers left to "self-care," with all the negative consequences, or we can admit that women are working in very high percentages and that they have children -- and more and more of those women are the sole caregiver and not earning enough for private child care. The unfortunate truth about motherhood in America is that it is one of the causes of lingering inequality between men's and women's wages. But public policy can make a real difference.

Let's give Mother's Day more than lip service. It is time we strengthened protections against pregnancy discrimination, enacted paid family leave, and ensure all children have access to quality, affordable child care. Our future depends on it.

Fredrickson is author of Under The Bus: How Working Women Are Being Run Over.