This Mother's Day, like this past Christmas I won't be able to speak with my mom and tell her I love her. (And this isn't because I'm in prison, but because I've spoken out about prison conditions and have had my phone privileges rescinded). I say not this to say "poor me," but to think about what my mother will go through on May 10th when she doesn't hear my voice. And knowing how this breaks my heart, I can only begin to imagine what that must be like for thousands of incarcerated women who will face this reality not just on Mother's Day, but for most days during their incarceration.

It is never so black and white as "well, you should have thought about that before you did the crime." Because regardless of whether foresight plays a role in someone's imprisonment, the children are punished in this situation. It's easy enough for people to spout the old "you do the crime, you do the time" adage. But people who say that are usually so single-mindedly focused on the incarcerated individual that they forget about the world of people they leave behind.

Regardless of how we feel about people who are in prison, children have a right to see, to touch, and to speak with their parents (obviously, provided doing so poses no risks for the child).

The problem begins early on for mothers who are pregnant when incarcerated, most of which are forced to hand the child over to authorities (and then either family or state services) immediately after birth. The detrimental short-term and long-term effects this can have on a child's well-being are well-recognized, and have spurred on prisons in some states to adopt nursery programs. 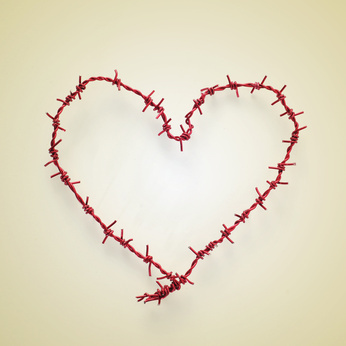 But these programs are only a band-aid solution for mother's whose incarceration extends beyond their infant's first 12 months (there are also concerns about the safety and regulation of these programs when they're being run by prison officials).

The fact is that only 9 percent of incarcerated women will ever receive a visit from their under-18 children. Prisons are often too far away to be viable for family members to visit. They may not have dependable transportation, or associated costs may be too high. Over 50 percent of state prisons are between 101-500 miles away from an inmate's last residence, and 43 percent of federal prisons are more than 500 miles away.

In institutions where calls have to be made collect, the cost of long-distance may be too prohibitive for even maintaining phone contact. And given that overwhelmingly the families of individuals incarcerated in this country live in poverty, these things matter if we're actually interested addressing the reproduction of cycles of poverty and recidivism in this country.

Contact with family is critical in the rehabilitation process, as the maintenance of strong familial connections through quality visitation and contact reduced recidivism by up to 40 percent.

But even more important than the impact on inmates (and it is important), is what being deprived parental contact means to the children left behind. Contact with parents helps ease feelings of abandonment or a child's fear that they somehow caused the parent to leave. And the odds of a child of an incarcerated parent being involved in delinquency themselves increases significantly when they're denied parental visitation.

Organizations exist to help facilitate children's visits to incarcerated parents, but they are few and far between. This Mother's Day, Get on the Bus will (as it does on Father's Day) reunite hundreds of children with their incarcerated mothers in California -- so for some women they will have the bittersweetness of the day eased. But for thousands more, the day will remain one of profound sadness.

And so while people run to the stores on Saturday, getting stressed and upset over the crowds I hope they will be grateful that for every word or every touch they share with their mothers the next day. Because so many children will not be afforded that luxury -- and as a society, we might be well-served spending some of that energy spent stressing out at the shopping mall trying to do something to change that.
If you know someone who could benefit from a children's visitation program, please point them to the following links: