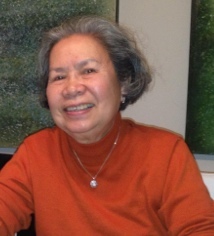 On this Mother's Day 2014, I will visit my parents in Cerritos, California, and bring along my boyfriend Neil. My parents are now very accepting of the fact that I, their youngest son, am gay, and are happy to have my boyfriend come to their home. But I did not already give them that chance. It took life with a former boyfriend for me to come out to my parents, and it took a painful breakup five years ago for me to truly appreciate my mom's capacity to love her children. 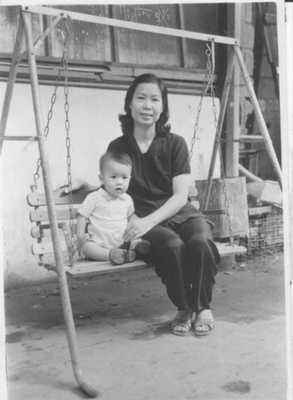 My parents are from a different era and country. Though I was raised in Southern California, I was actually born in Saigon, South Vietnam, where my father was a judge. In April 1975, when I was two years old, my family fled the night before Saigon fell to the North Vietnamese communist forces. My parents brought their four children to the United States, began life anew and eventually settled into their current home in Cerritos, California.

Growing up in the U.S. as a Vietnamese immigrant, I always felt like an outsider. And being gay just aggravated those feelings of alienation. But like a good Asian child, I focused on over-achieving -- finishing high school at age 16, graduating college at 19, earning my law degree at 22 and then turning myself into a successful lawyer. While I was on this bullet train to becoming the epitome of an Asian family's golden child, I did not have particularly open communications with my parents. So talking about my gay personal life wasn't high on my comfort level. For years, I did not come out to my parents, out of concern for how they -- from another era and a conservative Asian country -- would react.

It was my relationship with a former partner that finally prompted me, in my 30s, to come out to my parents. And it was that relationship -- because I expected it to last a lifetime -- that finally led me to bring a man home to meet my parents. It turns out that I did not give my mom and dad enough credit. They already had known I was gay (I have an insightful sister and cousin who prepared them). More importantly, they were quick to accept my ex-boyfriend into the family -- no easy task given that he's a white American who couldn't understand a lick of the Vietnamese language chattered around him at our family's dinner table. And ultimately, it was this process that led me to share so much more of my life with my parents and family.

So when the relationship quickly disintegrated in 2009, I dreaded having to tell my parents. I struggled deciding how to explain the failure of a relationship, or whether I should explain at all. I wondered whether my parents would be disappointed or think that I had failed. And just as before, I did not give my parents -- especially my mother -- enough credit. I'll forever remember the scene in my parents' kitchen. I abruptly tell my mom and dad that my former partner and I are no longer together. I don't give them details about what happened or why it was so sudden.

But my mother is prescient and wise -- like only a Vietnamese mother who has lived two lifetimes (one in her original homeland, and a second in her new country) can be. In her still Vietnamese-accented English, she says ever so succinctly: "It ok. Don't be sad. We just want you be happy."

She then embarks on this story that I will never forget. (And yes, when your older Vietnamese mother speaks in English, she often refers to herself in the third person):

"I tell you story about Mommy. Mommy -- before she marry Daddy -- have other man. Other man dump Mommy for other woman. And Mommy very sad. But then Mommy find Daddy and we get married. And now other man, he old, he in wheelchair in nursing home, and he drooling. If Mommy marry him, Mommy would have to wipe his drool. But now Mommy have Daddy, and Daddy help cook for Mommy and help clean the house for Mommy. So you see, it all be ok."

And then, she gave me the pièce de résistance: "And white people, they change mind too easily." Given that I had not said a peep about what caused the break-up, this was a remarkably accurate observation -- at least for those who know what actually happened. (I'll save for another day teaching my mother that she can't put all Caucasian people into the same boat).

In that moment, I saw that my parental conversations resemble a Margaret Cho stand-up comedy routine. I also learned several profound lessons from my mom. First, your parents can continually surprise you with their endless capacity to want happiness for you. Second, your parents have life stories of their own that you may never hear unless you share of yourself and thus give them an opportunity to share back.

And most importantly, I realized that the emotional journeys of love, heartache, and rebirth are universal. They are travelled by all of us -- whether you are straight or gay; whether you are Vietnamese, Vietnamese-American, or just plain American; whether you had two lifetimes in two different countries or just one lifetime here in America... and whether you are from Cerritos, California or from Saigon, Vietnam.

Five years have passed since that kitchen conversation. On this Mother's Day, my current boyfriend Neil will join me at my parents' house where I'm sure my mom (and my dad) will have more stories from Vietnam to tell. I, for one, can't wait to hear what Mommy has to say.