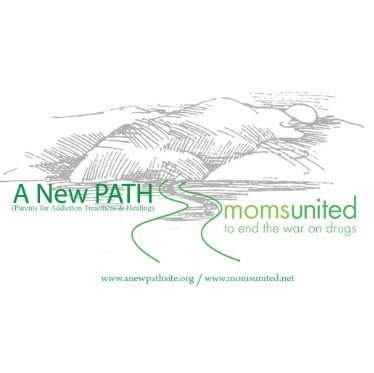 Gretchen Burns Bergman is Co-Founder of A New PATH (Parents for Addiction Treatment & Healing), and lead organizer of the national Moms United to End the War on Drugs campaign.

For most women Mother's Day is a time to honor and celebrate motherhood. The family gathers for brunch or dinner, and Mom is treated to some rest, relaxation and extra loving care. But, for countless other women, it also marks a day of grieving and loss.

For mothers whose sons or daughters are locked behind bars for petty drug offenses, it is a day filled with frustration and emptiness. I have experienced many mother's days like this over the past decades, when my older son was incarcerated for non-violent drug offenses. At those times, I wasn't clear where I belonged: visiting one son behind bars, or with the rest of my family coping with a heart torn in two. This year, I reflect on a trail of tears and triumphs, as both of my sons are alive and in recovery.

When we look at history, this celebration is also one of maternal strength and action. Mother's Day was started in North America as a response to the carnage and deaths from the Civil War. Mothers protested the futility of their sons killing the sons of other mothers. In the 1930s, a group of mothers were instrumental in ending alcohol prohibition in the United States, because of the corruption, gangland violence and death that it caused.

Today, mothers are leading the charge to end the disastrous war on drugs and failed punitive prohibitionist policies that have wreaked such havoc on our families. Moms from across the nation are telling their stories in an effort to call attention to the tragic loss of lives and liberties caused by the drug war. Mothers are joining with cops and healthcare professionals to demand an end to these silent but deadly battles that are waged against our own people, and particularly against communities of color and poverty.

Over the past 40 years, the drug war has cost us deeply in terms of damaged or lost lives, wasted resources and erosion of basic human liberties. 2.3 million people are behind bars in America. The illegal drug trade caused by prohibition is killing our sons and daughters at alarming rates on both sides of the border. Young people are dying from overdoses at epidemic levels, yet many of these overdoses could have been reversed if their friends hadn't been afraid to call 911 for fear of arrest.

My heart goes out to mothers whose children have been removed from their care in the name of the war on drugs; to women who must carry on as heads of households because their husbands are behind bars for petty drug offenses; and to mothers who will never get that precious phone call on mother's day because their son or daughter died of an accidental drug overdose.

Mothers' inherent and intrinsic right to nurture and protect their offspring has been compromised by criminal justice policies of ignorance and punitive aggression. I invite other mothers to speak out for the sake of their children on this special occasion that marks the tears, joys, triumphs and sorrows of motherhood. We must reclaim our voices and declare our commitment to changing drug policies from arrest and mass incarceration to therapeutic, health-oriented and life affirming strategies.

The Next 10 Impact War Addiction and Recovery Mother's Day