Several companies recently announced new or expanded perks to help the mothers in their ranks: extending maternity leaves, paying to fly a baby and nanny when mom takes a work trip or to ship breast milk back home, offering a mother local work for the first year of her baby's life, or allowing her to return to work part-time at full pay after maternity leave. This "arms race" of baby-friendly benefits is welcome, if overdue.

Still, irksome workplace norms and beliefs remain, creating unnecessary stress and high hurdles for mothers. Scholars have been describing and studying different parts of this problem for years. Taken together, their research points to an anti-wish list for mothers.

Combing the latest research, here's a Labor Day breakdown of eight things moms DON'T need as they -- along with their families and partners -- strive to achieve work-life balance. 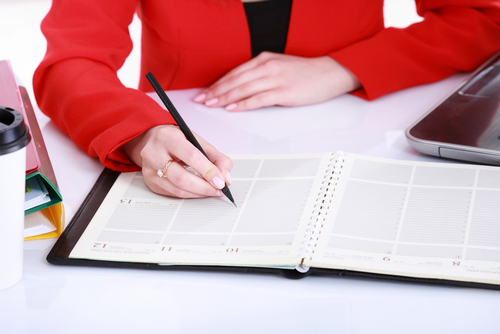 Mothers in the labor force don't need to be penalized in hiring, promotion and salary decisions.

Call it a motherhood penalty, maternal wall or glass ceiling -- it's all the same: a bias against mothers striving to climb over barriers to enter, remain and progress in occupations where they want to work -- and get paid equitably and fairly. Sociologist Julie Kmec writes that a way for women to cope with such bias is to choose a gender-balanced occupation with a high share of women in executive jobs. Can't think of many? Healthcare is one. But tell that to someone who loves, say, astrophysics in general and Pluto in particular. Systemic discrimination, not mothers' occupational interests, needs to change.

Mothers don't need to work long hours and then, when conflicts inevitably arise, hear them called a "work-family balance" problem.

Overwork and long hours have become common, particularly among professional workers in the United States. When Professors Robin Ely and Irene Padavic conducted a study of consultants working extreme hours, they discovered that the problem of overwork affected mothers and fathers equally: similar numbers of men and women quit because of the heavy time commitment. But leaders of the firms resisted this finding, instead naming the problem as employees' failure to balance work and family. Ely and Padavic interpret this result as an organization's defense against the need to recognize that a person's identity blends work and family roles. Why? Because it's far harder to alter a system that demands extreme hours than to blame the problem on individuals failing to reconcile work-family conflict.

In Laura Radcliffe's research, 24 couples kept daily diaries to see what role flexible working arrangements played in how they dealt with daily incidents of work-family conflict. Unsurprisingly, when women had more flexibility than their partners, they tended to take on the majority of family responsibilities, which shielded their spouses from unexpected conflicts that arose and the accompanying stress. Fathers, however, didn't even report incidents of work-family conflict that arose in mothers' diaries. But here's a surprise: even when husbands had greater flexibility at work, and mothers had little, the mothers still reported frequent daily conflicts in their diaries. The study's bottom line is that mothers were involved in the resolution of the problems, even when they were unable to handle them personally. To be sure, studies of Millennials find the aspiration to share breadwinning and caregiving equally in a family, but mothers need this to be a practical reality, not just a hope. One place to start is by removing the assumption that when scheduling conflicts occur, Mom needs to come to the rescue to resolve them.

Mother's in the labor force don't need "Mother, may I?" accommodations to their family responsibilities.

Mothers don't need to be at the mercy of a single boss, asking for a "special" work arrangement to accommodate a desire to be present in their children's lives. Rather, mothers need for companies to train supervisors about how to offer and implement flexible work options, ideally in the context of system-wide work redesign, which usually means adopting what's called a results-orientation. Research sponsored by the NIH demonstrates how this works, how effective it can be for both employers and employees and how it fights any flexibility stigma that arises. Studies of Millennials -- mothers and fathers -- show they want more flexibility and family-friendly working options, so much so that they'll move to get them.

Mothers don't need bosses who assume that moms who work from home do so only for childcare reasons, are less efficient, and want shorter hours.

Googling "work from home" yields images of people working in their underwear, or parents holding babies on their laps -- images at odds with the true value and benefits of work-from-home programs, including lower stress from shorter commutes and feelings of control that enhance worker engagement and productivity. In fact, Nicholas Bloom's study of 16,000 people working from home found that people actually worked longer and more productively, thereby raising firm profitability -- and working from home was particularly effective when used one or two days per week.

Very few mothers have paid family leave. Only 12 percent have company-provided leave. At the same time, dads are increasingly eager for paid leave of their own to care for and bond with children. Companies are starting to recognize this reality and are taking action accordingly. Change.org, for example, recently equalized and upped its paid leave for both mothers and fathers to 18 weeks -- raising the bar for other companies offering more time off for new parents, as Vodafone, Johnson & Johnson, Netflix, Accenture, Microsoft and Nestle have also done. Hopefully, this trend will drive home the point that parental leave can't just be for mothers.

Mothers don't need to be told they're opting out, especially when the pathways that shape our careers and lives are growing far more complex.

Most mothers don't "opt out" -- a phrase which implies a conscious choice to leave the workforce to raise a family. Research by Pamela Stone and others shows that mothers are more likely to be pushed out of the workforce by inflexible bosses, demotions to reduced roles and responsibilities and feelings of devaluation and lost stature when they're escorted to the margins of organizations after having kids. Even commonly-used words like "off-ramps," "sequencing," and "downshifting" obscure the truth that careers do not always follow an orderly path, particularly once a person becomes a parent.

Mothers don't need to be told NOT to negotiate at work.

Women who don't negotiate give up more than money. Deborah Kolb's research shows that when a mother negotiates the requirements of a promotion, for example, or advocates to be seen as ready for leadership (despite a resumé that differs from a male counterpart), or speaks up to try to find a new way to work flexibly, she nudges her workplace culture to a new place. And that place is often a better one. Moms who negotiate can help move their workplaces toward a reconfigured organization that is friendlier to other parents and to women. Writ large, these efforts at the office help businesses recognize parenting as a natural part of life and part of building society's human capital.

As the next round of fire in the corporate benefits-for-parents war commences, companies would do well to aim at these things mothers DON'T need, even if they are more distant targets.