An interesting twist of the Mirnada rights floated from the far backseat of our SUV during a long carpool run. A worn out kid said to the loud, slightly obnoxious sibling sitting next to him, "You have the right to remain silent -- or I'll punch you."

Loud-kid who had been bathing the rest of us in would you rather one-upmanship - as in would you rather eat an ice cream cone filled with live scorpions or sit in a mound of fire ants for twenty minutes (neither!) - stopped in his tracks and redirected. He switched gears and began a new you have the right to game. The groans and rolling of eyes didn't stop him as he bounded down the road informing everyone of their rights. Pretty soon, they were all coming up with their own rights.

I added my own. "As a mother," I announced, "I have the right to sing - in the car or in the shower, whether I know the words or not - and to add hand motions." This announcement might have been prompted by my shotgun rider's plea, "Maahhm - please stop singing!" (I sound good in my head.)

As a mother you have the right to:

Put others' interests ahead of your own. It's an unalienable right that presents itself the minute a + sign appears on a pregnancy test - and likely never ends.

Taste it first. Any food passed from the driver's to the back seat, especially if it involves ice-cream or french fries is free game. Listen, we've driven lots of miles, the least a kid can do is share without too much drama. Best to grab the first taste lest strep throat or throw-up bug be hiding out, waiting for 3 A.M. to rear its ugly head with one of the kids. Which brings up a mother's right to -

Interrupted sleep. This might seem like an unwanted right, but as every mother whose kids are grown will tell you, time goes fast. Even those early-morning or late-night needs are precious. Just be sure to sleep-stupor-remember to wash your hands.

A mother also has the right:

To change her mind. Though this must be said, it actually goes without saying.

To remind - endlessly. To remind the kids:

"Okay, so at this corner, when you get your driver's license remember that cars are coming from two angles. You have to watch to the left, over your shoulder AND cars turning right."
"You've told me that 100 times!"
"Maybe. But you'll need to know this when 16."
"I'm only 8!"

And to remind herself, constantly - and maybe have friends remind so she won't forget: orthodontist appointments, school performances, to return library books, to pick up carpool, ...

To opine. Erma Bombeck says it best: "When your mother asks, 'Do you want a piece of advice?' it is a mere formality. It doesn't matter if you answer yes or no. You're going to get it anyway."

To be sappy- to look at a budding adult and still see the cute little toddler that thought you were nothing short of a super-hero.

To cry. A mother has the right to outwardly cry when words such as "graduation" and "first" (especially if preceding "day of school" or "date" or "smile" or "pair of shoes") present themselves. Frequent frivolous or self-absorbed outbursts are not included in this right. But, it does include the right to cry silently or in private as an outlet to bouts of heartache associated with kids' scraped knees, broken arms, dateless Friday nights, illnesses, unmet expectations, wayward behavior and most everything that accompanies motherhood.

To pray. The first and unalienable right of a mother to put others' interests ahead of her own makes a mother's prayer close to the heart of God.

To imperfection A mother isn't, can't be, will never be, really isn't expected to be - perfect. Inasmuch as a mother would never expect perfection from her family, no one is asking that of her either. 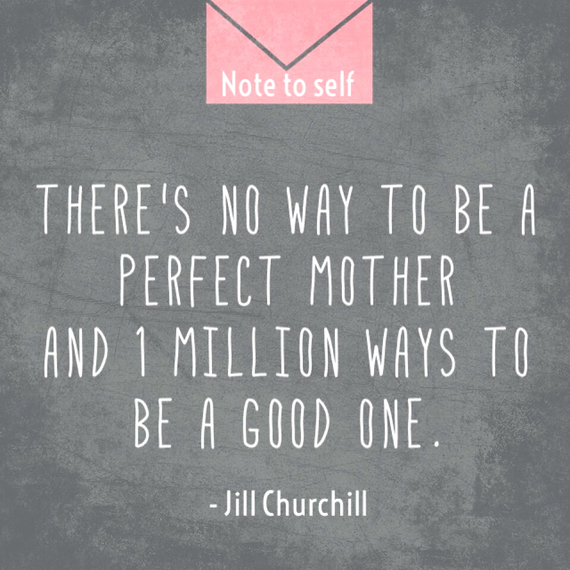 To hope - and to point those for whom she so desperately cares toward Hope.

To love. A mother's love is the closest to unconditional this side of heaven.

"... mother love - that divine gift which comforts, purifies, and strengthens all who seek it."
―Louisa May Alcott, Jo's Boys

More:
MomsMotherhoodParentsmothers loveMother's Day
Newsletter Sign Up
Raise the kind of person you'd like to know
Subscribe to our parenting newsletter.
Successfully Subscribed!
Realness delivered to your inbox